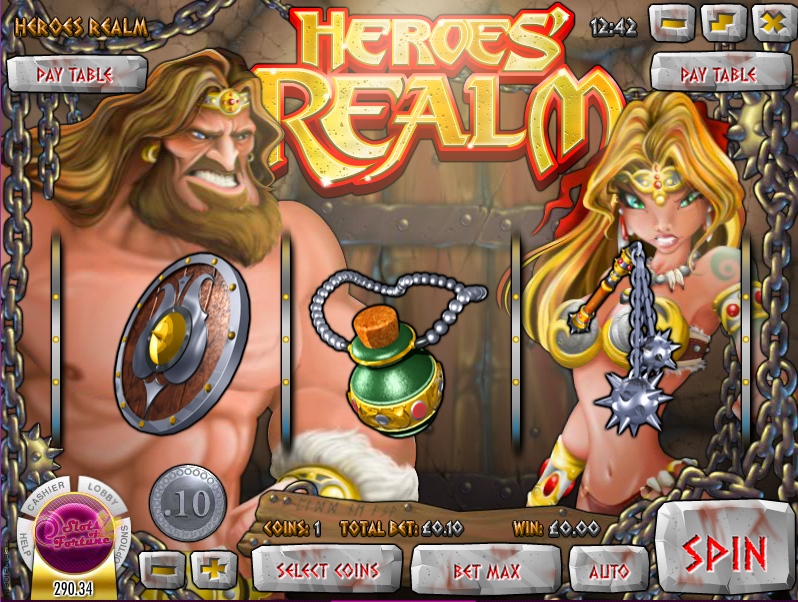 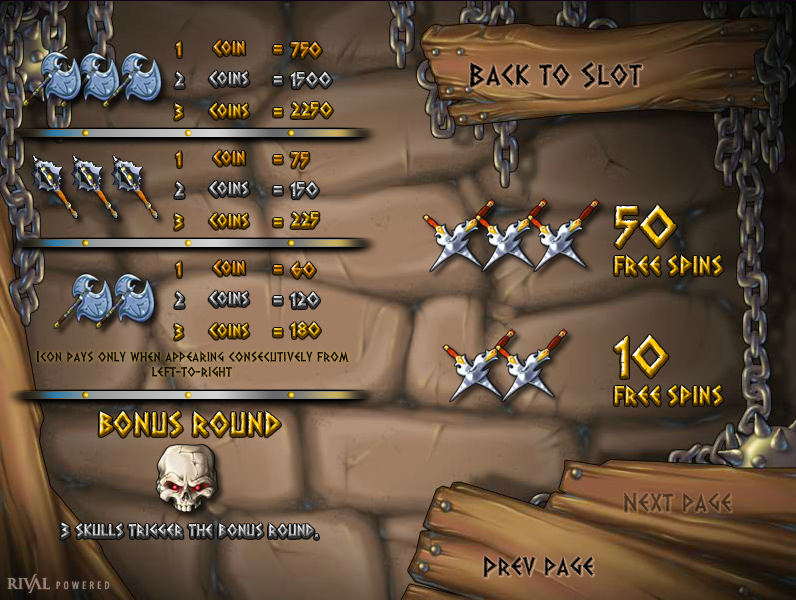 When you first load up Heroes Realm you will be treated to a dramatic into movie showing our scantily clad hero and heroine striding through the landscape before they dispatch a bunch of attacking skeletons. When we leave them they are facing down a huge monster and that’s when the game begins. Heroes Realm is an online slot from Rival Gaming which might have just three reels but it comes complete with bonus features and some fantastic graphics.

Heroes Realm plays out over three reels and just one payline and in fact no other symbols are visible during gameplay. Our heroes are on the move constantly in the background surrounded by hanging chains and in front of a wooden door.

The theme-related symbols include a green gourd, a mace, a shield, a sword, a scimitar, a treasure chest and an even more violent-looking mace. A mixture of sword, shield and gourd is a winning combo as is any number of treasure chests.

Bonus symbols here include crossed swords and skulls which trigger their own features and a red-eyed skull which activates the bonus round.

This mini-game is triggered by landing three of the skulls on the single payline and if you can manage that you will be taken to a screen asking you to pick a hero.

He or she will now begin to fight their way around a village, guided by you clicking on targets and defeating monsters. Finally you will defeat the big creature and earn a nice payout.

This is something of a crossover slot – it has just three reels and one payline but features two bonus features and some really impressive and immersive graphics. It’s well worth checking out.