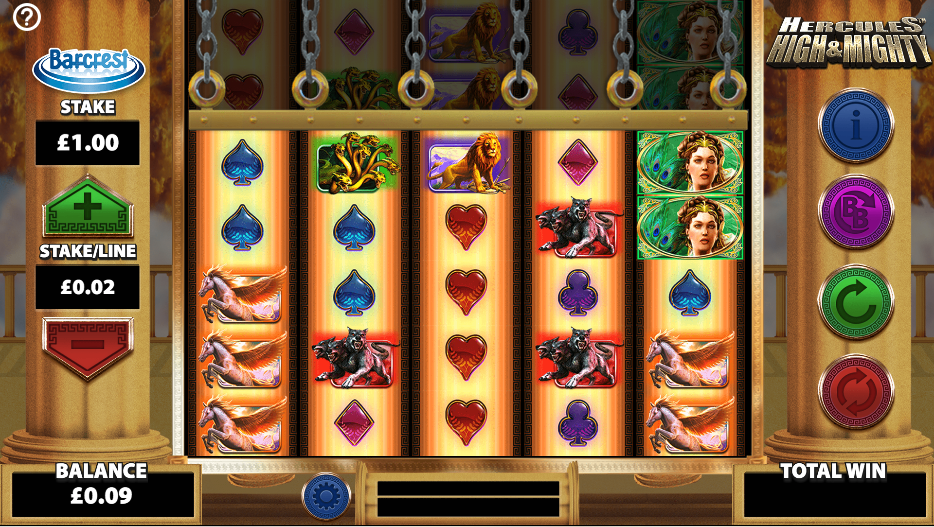 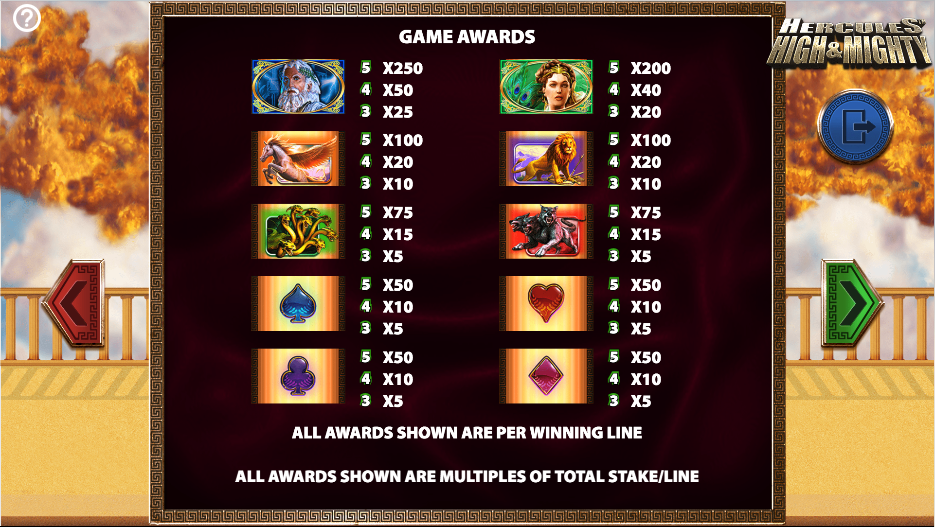 Hercules is the mythical Roman hero based on the Greek character of Heracles and he’s probably best known for completing the Labours of Hercules which surely means he deserves an online slot machine in his own name. This one’s called Hercules High & Mighty, it’s developed by Barcrest and it comes with various extra features.

Hercules High & Mighty is a five reel slot with five rows and up to one hundred paylines; huge pillars stand on either side of those reels and there’s a chain above them which raises and lowers a bar to increase the number of active paylines, but more of that later.

There are plenty of theme-related symbols including Hercules’ parents – Zeus and Alcmene, Pegasus, Medusa, the Hydra and a lion; lower values are four playing card symbols.

Hercules himself is the wild symbol and he’ll replace all others in a winning combo except the gold coin scatter icon.

This game includes Barcrest’s Big Bet feature which is an optional extra bet of various amounts and pays for five spins:

When the wild expands the chain rises to bring all the extra paylines into play; this occurs in the base game also when the Hercules symbol is fully visible.

This is triggered by landing three or more of the gold coin scatter symbols anywhere in view (they also count if they are revealed during the expanding wild process); you will be awarded the following:

It’s possible to retrigger more spins by landing more scattered coins during this round.

Hercules High & Mighty may not have state of the art graphics but it’s an interesting slot with a some imaginative features and of course the Big Bet option which raises the RTP from 94.00% to 98.00%.