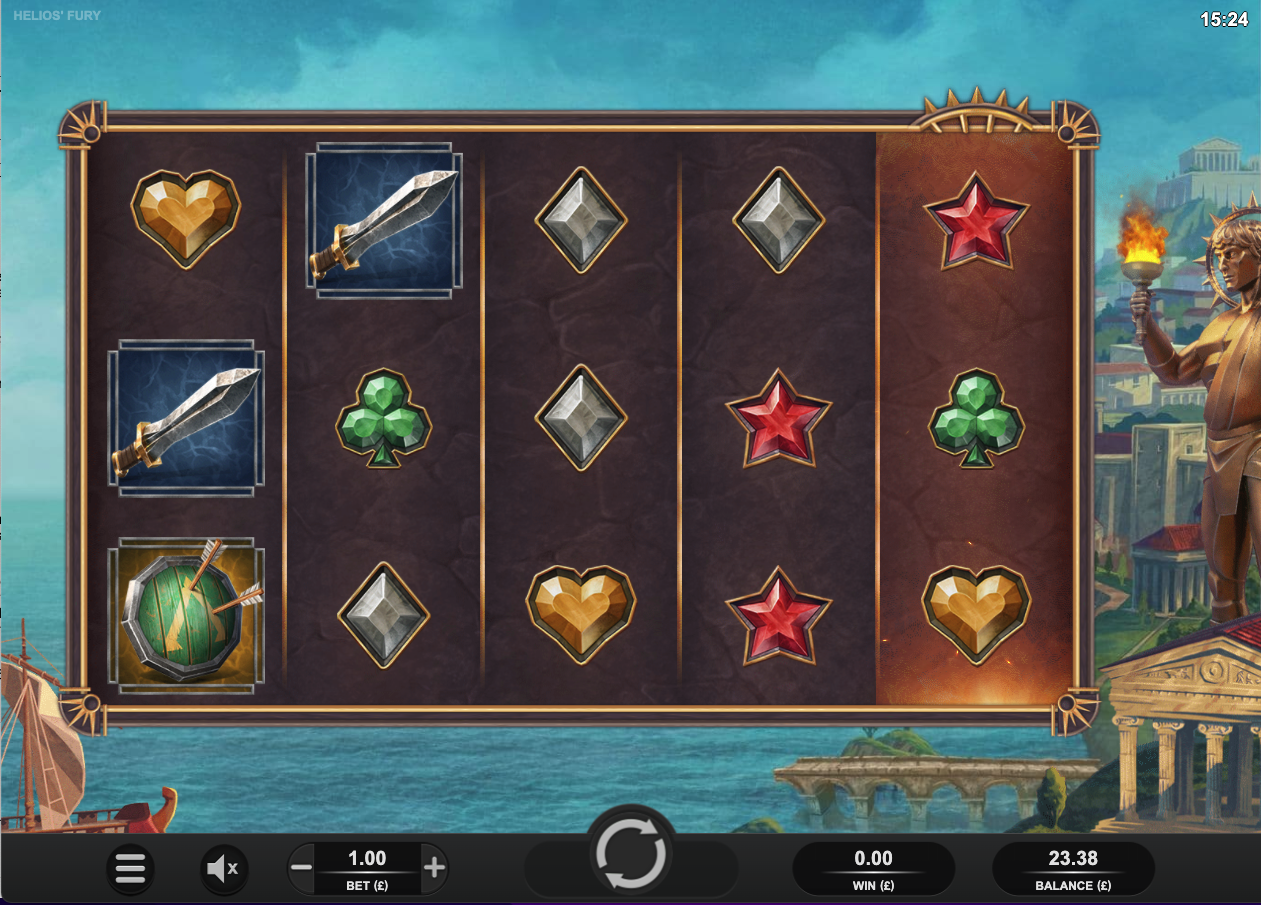 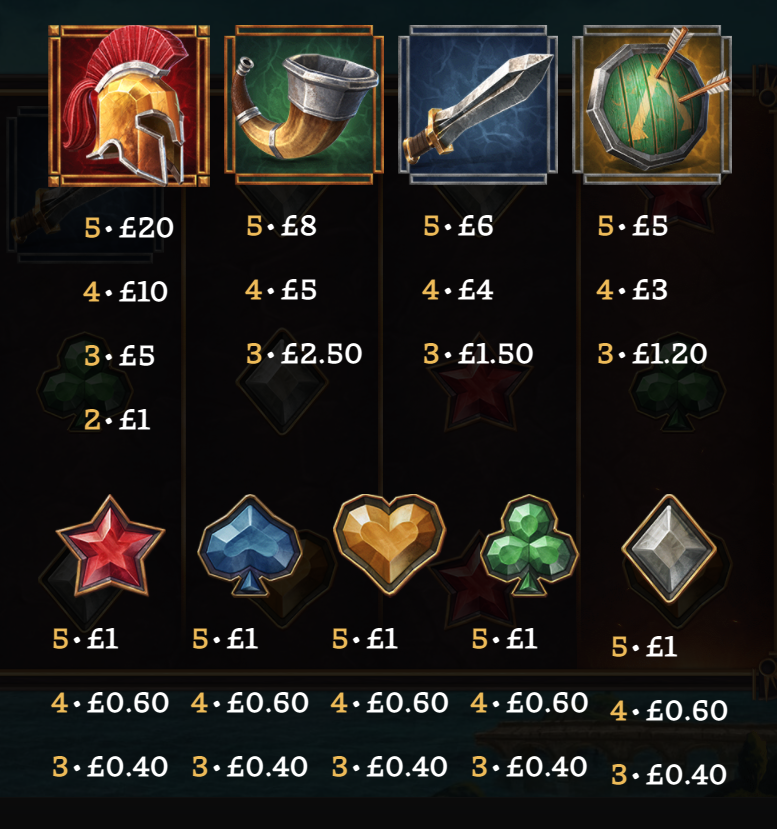 Centuries before the Greek island of Rhodes became a tourist destination for pale Europeans it was eyed jealously by various seafaring nations including Romans and Ottomans; it’s now the focus of Helios’ Fury, this online slot from Relax Gaming which offers players the chance to win roaming wild symbols and Fury free spins.

Helios’ Fury is set on the coast of this Greek island where the giant statue of our man (also known as The Colossus of Rhodes) guards the harbour from nefarious invaders; there are five reels and ninety nine paylines in the base game and they float above red-roofed temples and ships plying their trade.

The higher value symbols include warriors’ helmets, the battle horn, the sword and the green shield; playing card symbols and a red star make up the lower values. The ship is the wild symbol.

This game utilises Relax Gaming’s Connected Ways payline structure which means that wins are formed with symbols on adjacent reels starting from the left hand side and also on the same row or one above/below.

If the wild ship lands on the reels and is involved in a win it will kick the Wild Respins off and move one place to the right for a free respin; another win will award another respin and this will continue until there’s no win or the wild helps with a win on reel five.

If the wild ship makes it to the final reel and contributes to a win then the Fury free spins are awarded and these take place on a set of reels with two extra rows for a total of 259 paylines. The round starts with six free spins and a wild in the middle of reel one – when this wild (or any others) are involved in a win all wilds move one place to the right. When they hit reel five or a wild already there then an extra spin is awarded. Any new wilds landing will also award an extra spin.

Filling a row with wilds will mean some big wins are win the way and there’s a maximum win limit of 50,000x the bet for the luckier players.