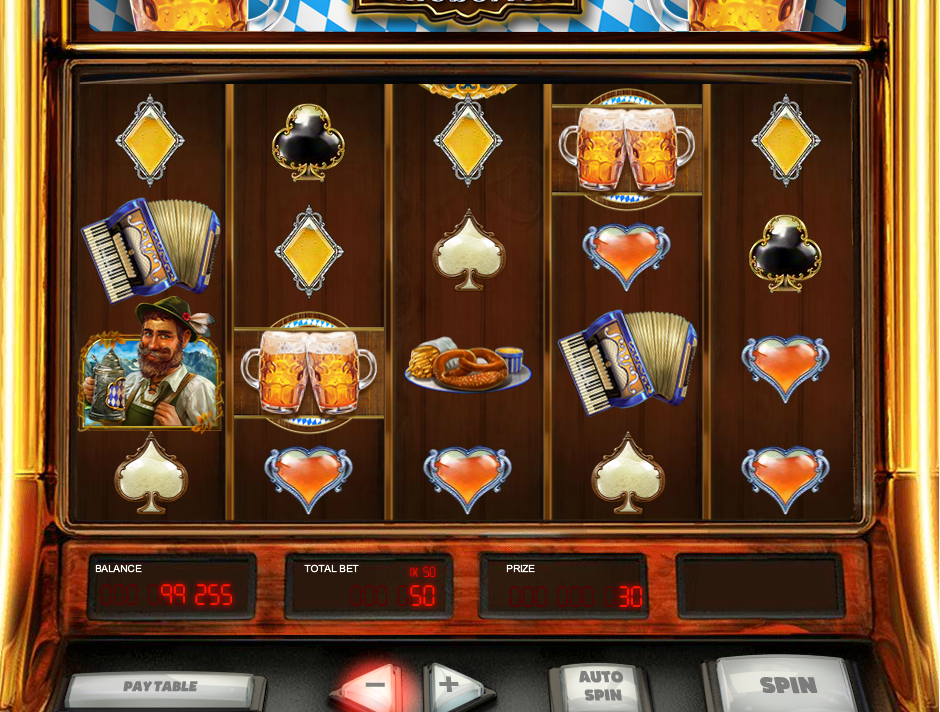 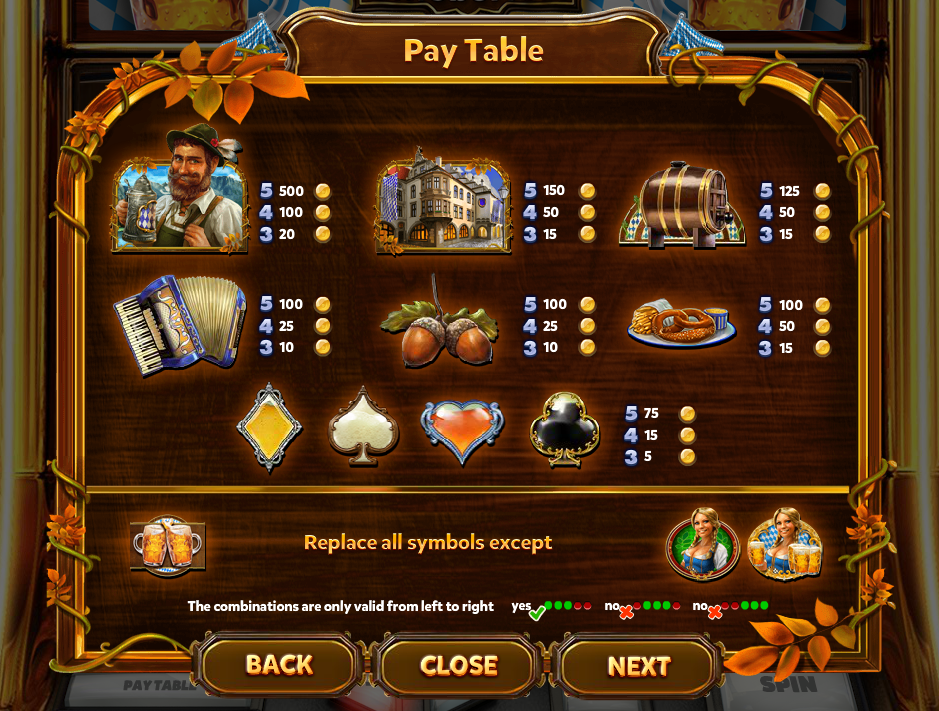 Beer-themed online slots are rare but not unknown and it’s fair to say that the majority are based on Munich’s famous Oktoberfest, the gigantic folk and beer festival attended by millions every year. This one’s called Heidi At The Oktoberfest, it’s developed by Red Rake Gaming and it features plenty of ale, snacks and free spins.

Heidi At The Oktoberfest is a five reel slot with four rows and fifty fixed paylines; you’re playing on a realistic looking machine and your gameplay is accompanied by the background noises of an alcohol-fuelled party. If you use full screen mode a bar will appear in the background.

There are six theme-related symbols including a stein-wielding drinker, a bar, a barrel of beer, an accordion, a pair of acorns and a plate of assorted salty snacks. Playing card icons – hearts, clubs, spades and diamonds – make up the lower values.

The wild symbol is a pair of beer glasses and it will substitute for all others except Heidi – she can appear on her own or carrying beer and she’s the key to the main feature.

This is triggered by landing five of either Heidi symbol on adjacent reels starting from the left hand side. This awards five spins initially but each extra Heidi appearing on the reels will award five more spins, up to a total of eighty.

All those Heidi’s will now become wild and be frozen in place for the duration of the spins.

Heidi At The Oktoberfest is a high quality slot with some attractive graphics and smooth gameplay – make it to the free spins round and you should find it lucrative.