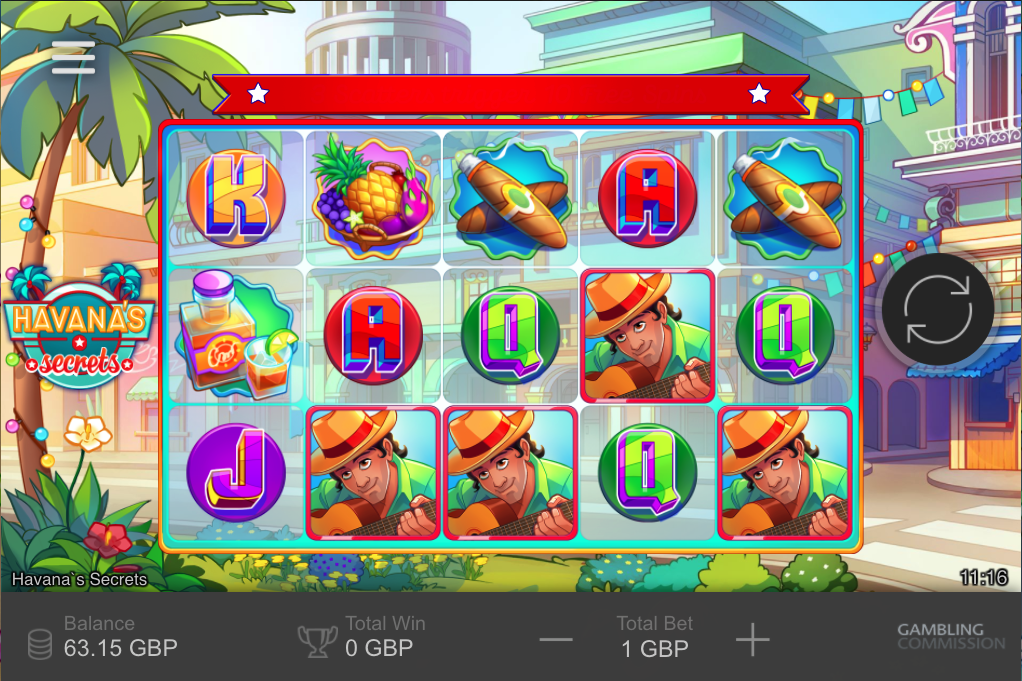 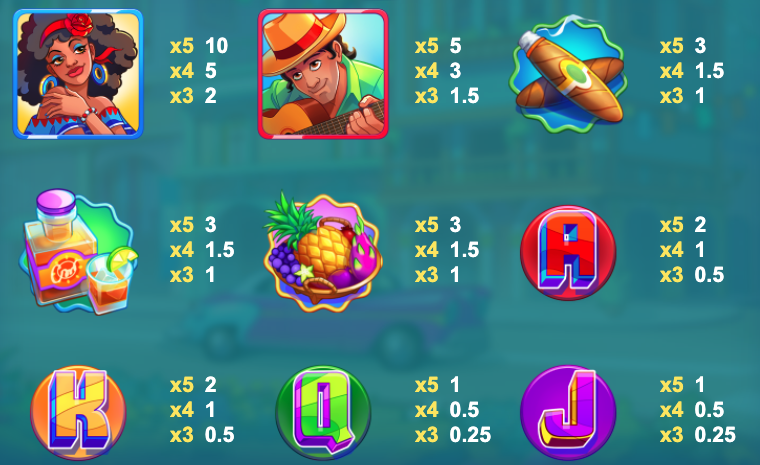 The Cuban capital of Havana sets the scene for this sunny online slot developed by Bet365 Originals – it’s called Havana’s Secrets and if you can uncover what’s hidden behind the cigars and fruit there are free spins and mystery symbols waiting.

The five reels and twenty paylines of Havana’s Secrets spin in a street scene where coloured lights twist around a palm tree and neo-classical buildings squat in the Caribbean sun.

The higher value symbols include the girl, the guitar player, the cigars, the booze and the bowl of fruit; J, Q, K and A make up the lower values. The old American car is wild, the gold star is the scatter and the Cuban flag is the mystery symbol. The wild symbol can also appear with a 2x or 3x win multiplier attached.

The Cuban flag can land anywhere on reels two to five and when it does all of them will transform into matching regular symbols or wilds.

Landing three of the gold star scatter symbols anywhere on reels two, three and four will award ten free spins and during this round any mystery symbols appearing will lock in place, potentially awarding larger wins on each spin for the more fortunate players.