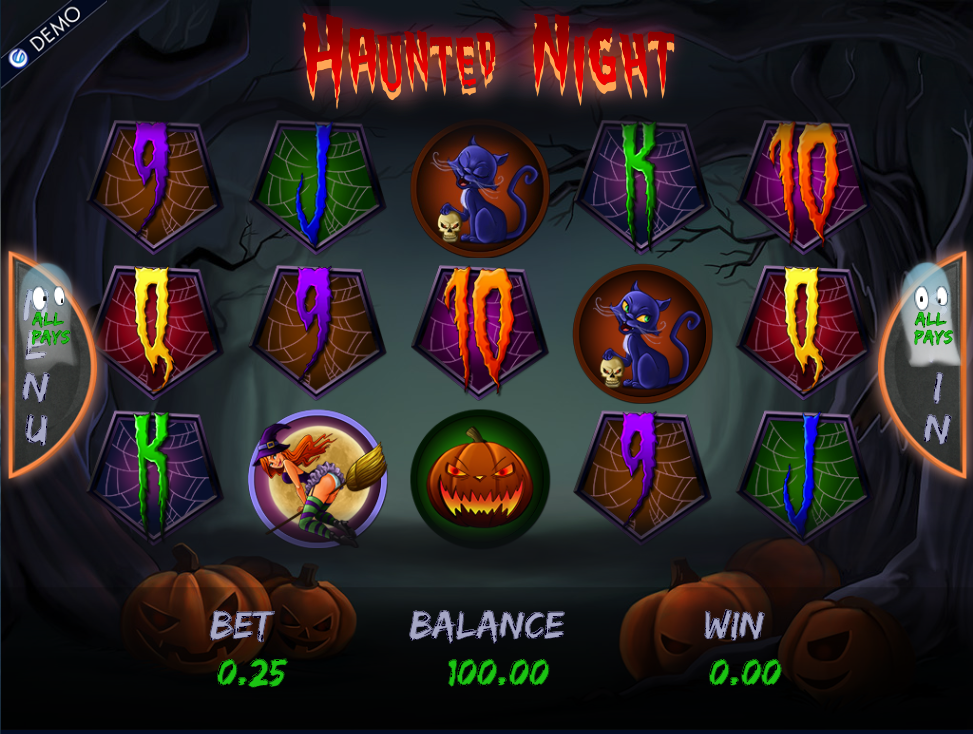 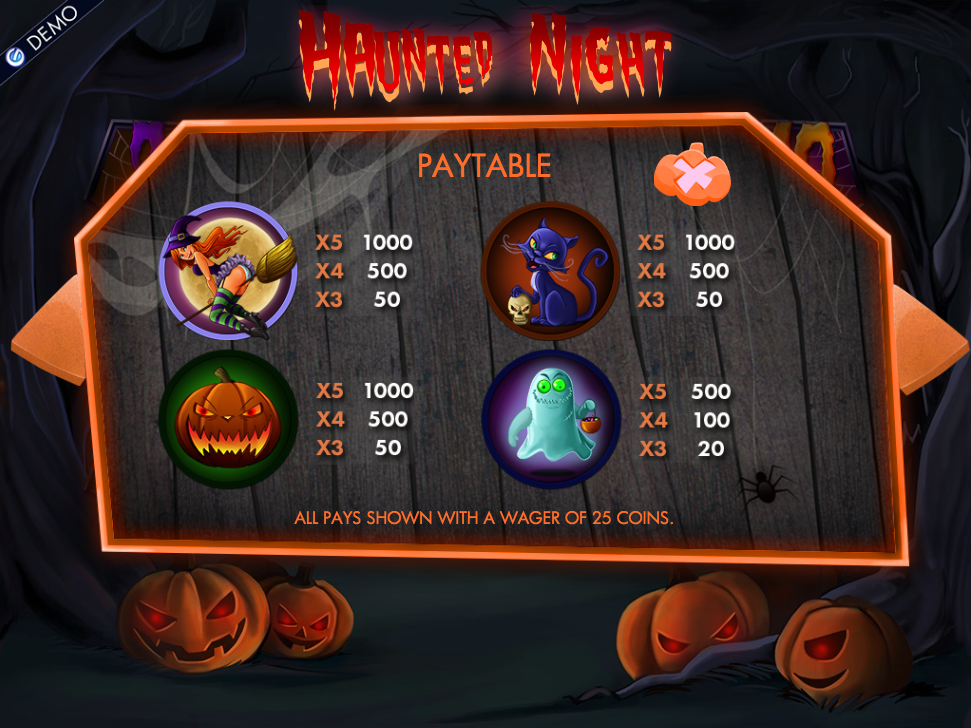 It doesn’t have to Halloween to play a scary online slot which is good news for games such as Haunted Night; it’s a humourous, spooky number with some nice graphics and several bonus features and you can read all about it below.

Haunted Night is a five reel slot with three rows and 243 ways to win – there’s no payline structure and winning combos are formed as long as you have matching symbols in adjacent reels starting from the left hand side. The symbols are free-floating and spin in front a backdrop containing a gloomy, foggy forest and a witch who occasionally creeps across.

There are four theme-related standard symbols including the scantily-clad witch on a broomstick, a black cat, a pumpkin and a ghost; 9, 10, J, Q, K and A make up the lower values.

The wild symbol is a big blue ‘Wild’ and it will substitute for all others except the Haunted Night and Bonus scatter symbols.

This is triggered by landing three of the Haunted Night scatter symbols anywhere on reels one, two and three and you will now get to pick between one of three options:

Retriggering this round is possible by landing three more scatters on reels one, two and three.

Trigger this by landing three of the Bonus scatter symbols anywhere on reels three, four and five; you will now get to select from a number of graves to reveal prizes. Just keep picking and collecting until you hit the one labelled ‘Collect’ at which point the round is over.

Haunted Night is a spookily atmospheric slot with a hint of humour and two decent bonus features; the graphics and animations are of a high quality and this is well worth checking out.