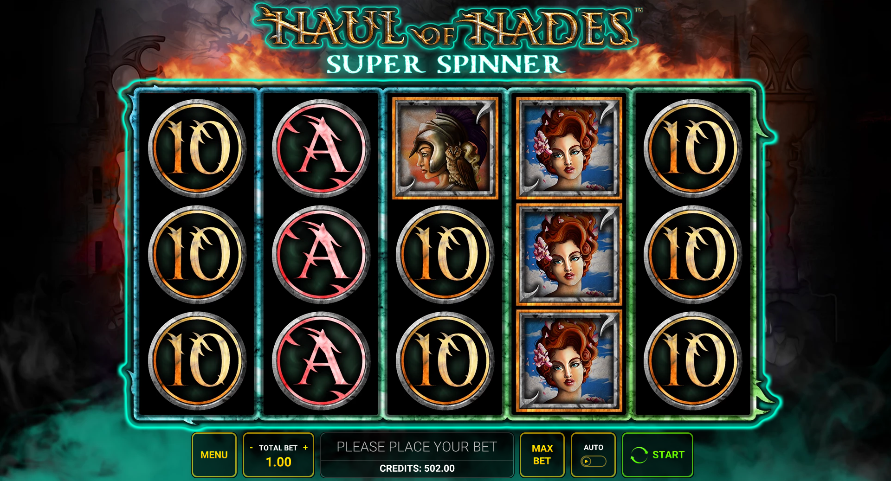 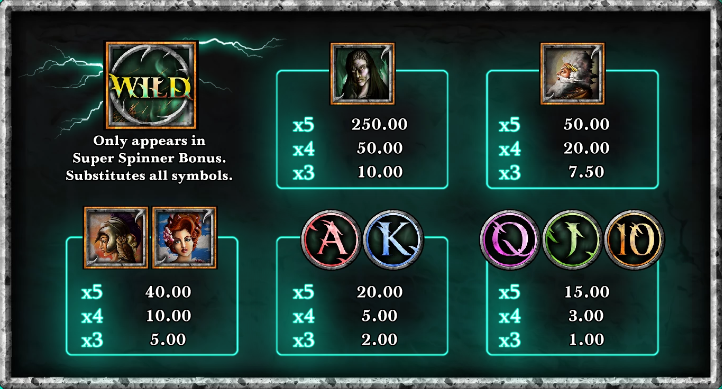 A trip to the mythical Greek underworld awaits those online slots fans willing to take their chances with this Novomatic/Greentube release; it’s called Haul of Hades Super Spinner, it’s the sequel to the earlier Haul of Hades and it offers players the Super Spinner round for your pleasure.

Haul of Hades Super Spinner is a five reel slot with three rows and ten fixed paylines; the action all takes place on a set of reels floating in the ethereal underworld where creatures flit across the fiery scene.

The four high value symbols are Hades himself, Zeus, Persephone and Aphrodite while 10, J, Q, K and A make up the lower values. The character symbols can appear stacked on the reels.

The wild symbol is the logo and it only appears in the Super Spinner round – it will substitute for all others standard symbols to help create winning matches.

The Super Spinner round is triggered every time you land a win worth at least 4x your stake; you’ll now be whisked to a screen displaying four sets of reels. At this point the win can be collected and you’ll be returned to the base game but if you decide to play all four reels will spin for a cost of 4x the original stake (although this stake can be increased if you have the funds).

If a stacked wild symbol appears on reel three on any of the reels it will copy itself to the next set; once your winnings from this round have been depleted you’ll be sent back to the base game but you can choose to take your winnings at any time.

Haul of Hades is an odd slot because it at actually removes all the features from the original and replaces them with the Super Spinner – there’s nothing wrong with this bonus but it feels like a sideways move rather than an improvement. Still, we enjoyed it.