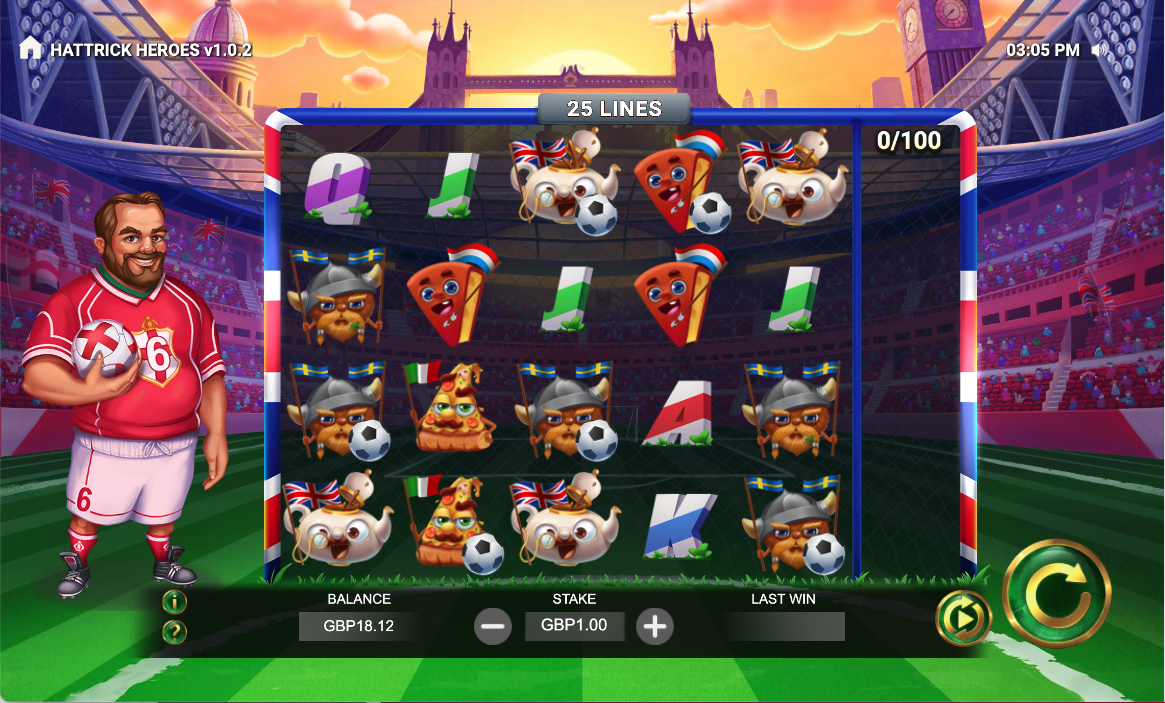 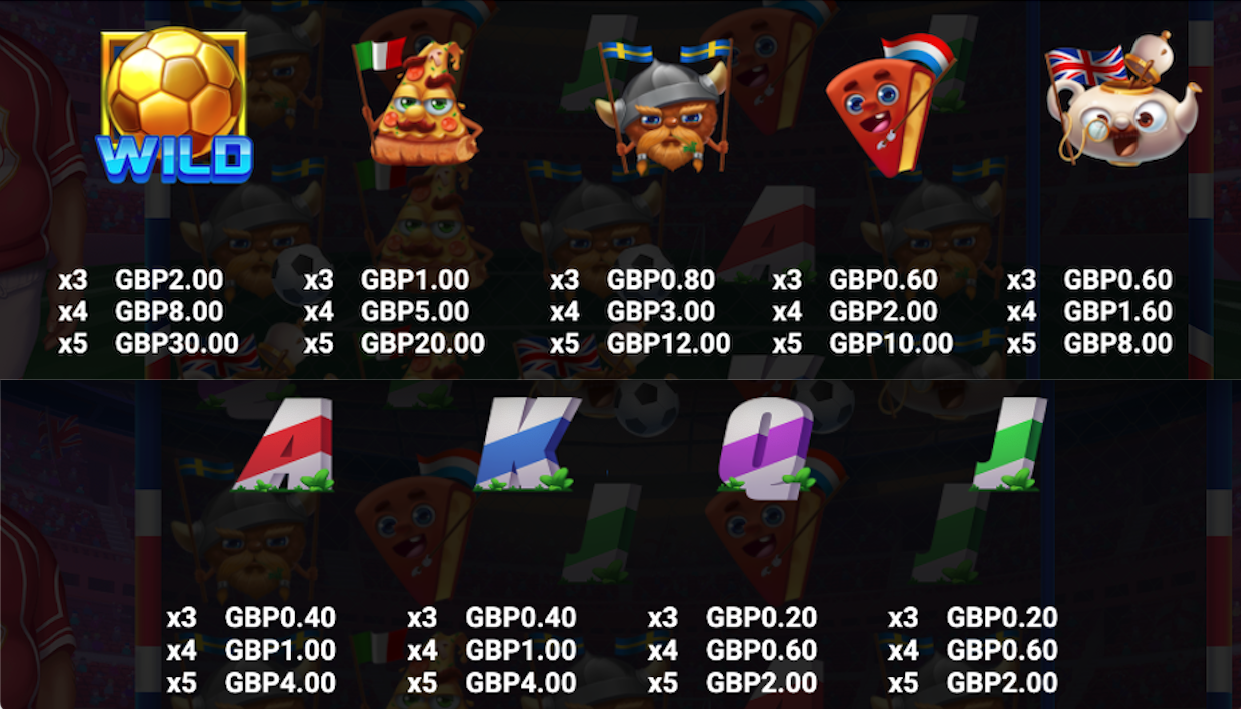 Pick your starting team and location and progress through four different footie-playing countries in this online slot from Leander Games/Jade Rabbit Studios; it’s called Hattrick Heroes and and aside from the progression feature there are free spins, modifiers and the Hot Reels mode to enjoy.

Hattrick Heroes is a five reel slot with four rows and twenty five fixed paylines; pick your player/team when the game starts (England the Netherlands, Sweden or Italy) and your first location will reflect that choice – for example in England you’ll be playing at Wembley Stadium with the outlines of Big Ben and St. Paul’s Cathedral in the background and a rather overweight player watching from the left hand side.

Four national stereotype items are the higher value symbols – a pizza slice, a viking, some Edam these and a teapot – while the lower values are J, Q, K and A; the golden ball is wild and the stadium is the scatter symbol.

Collecting the footballs overlaid on the national symbols will slowly fill the meter on the right hand side and when one hundred have been collected you’ll move on to the next venue; each country has its own base game modifier:

This can occur at random and it will last anywhere from 5 to 30 spins; any regular wild symbols which land on the reels will lock in place until the Hot Reels finish.

Landing three stadium scatter symbol anywhere on reels one, three and five will award different numbers of spins depending on your location:

Hattrick Heroes is certainly one of the better football-themed slots we’ve tried and it’s the progression through the various countries and in-game modifiers which set it apart from many in this genre; play it when the footie’s on or fire it up to keep things interesting in the off-season.

The Return To Player percentage for Hattrick Heroes is 95.36%.

How To Win On Hattrick Heroes?

Land at least three matching symbols on a payline starting from the left hand side. Trigger one of the features.

Where can I play Hattrick Heroes?