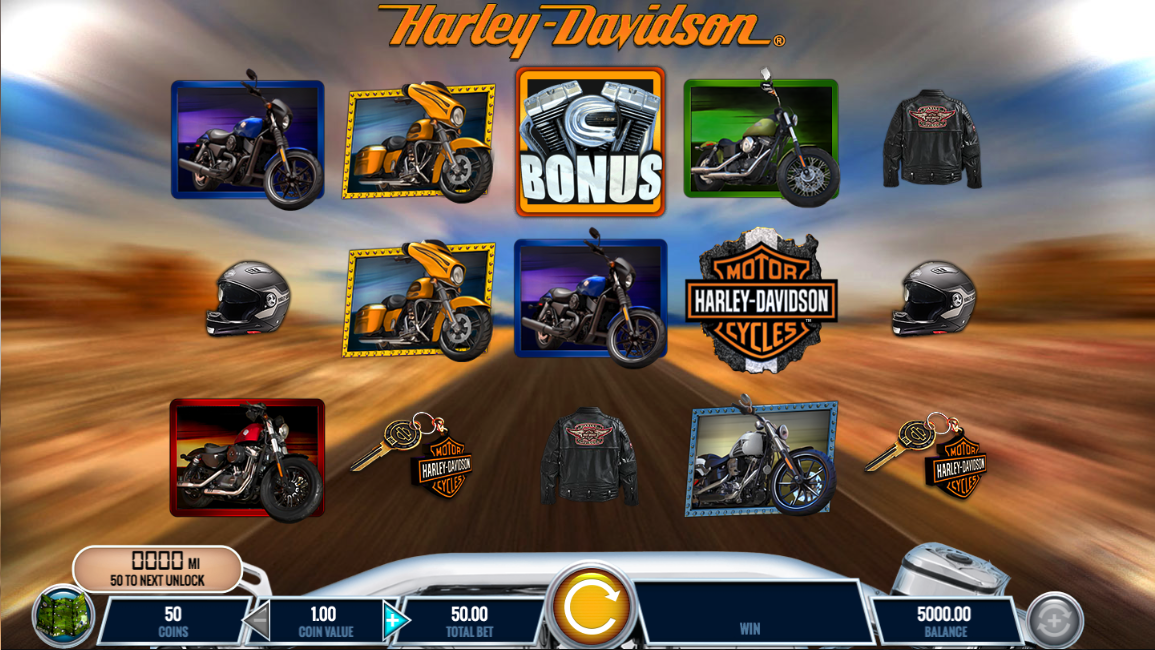 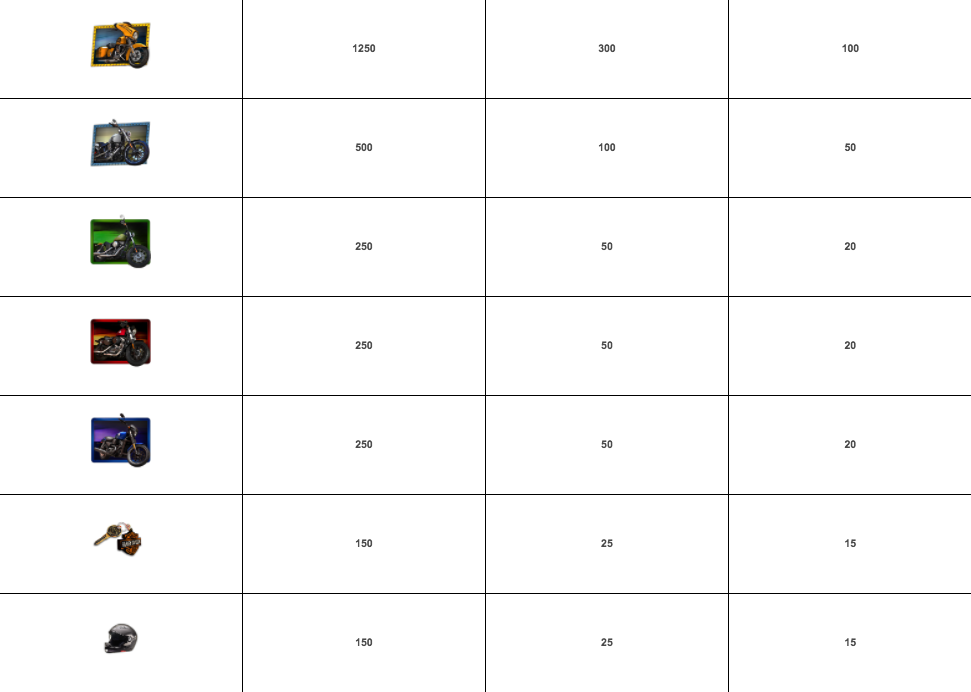 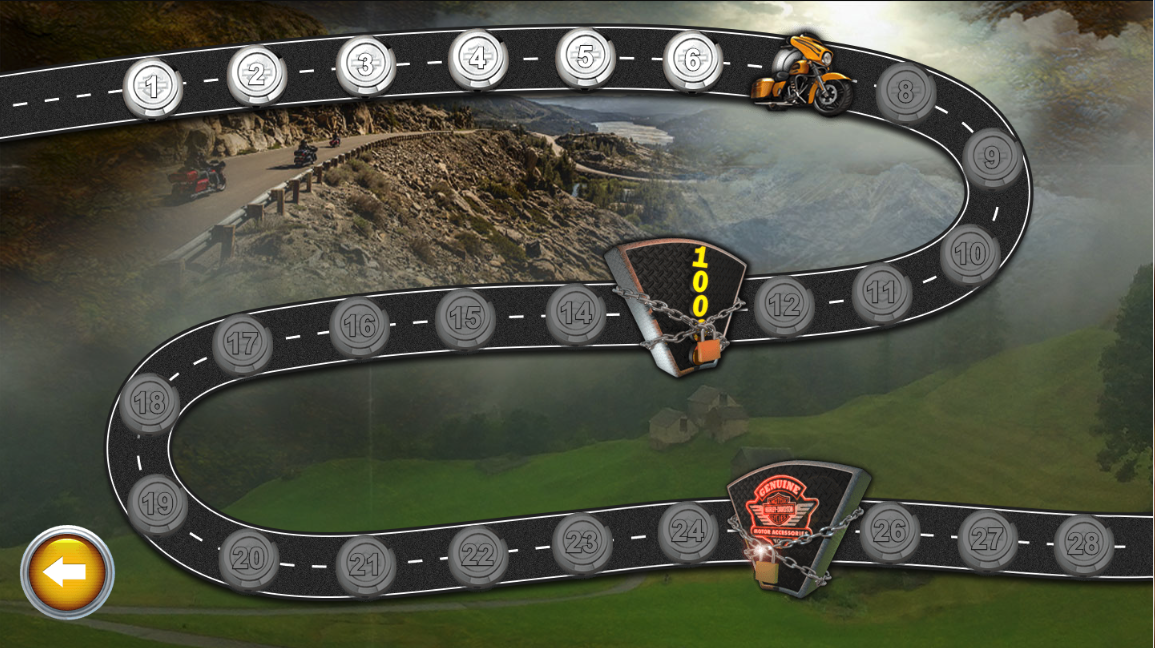 If your dream is to feel the wind in your hair and the flies in your teeth then a long motorbike journey may be the answer; if  however you’d prefer to experience the discomfort vicariously then why not check out Harley Davidson Freedom Tour, an online slot from IGT with plenty of features – check it out below.

Harley Davidson Freedom Tour is a five reel slot with three rows and fifty fixed paylines; the symbols float unsupported in the desert air against a backdrop of the dusty landscape rushing by.

The five higher value symbols are all varieties of Harley and here they’re differentiated by colour – orange, blue, green, red and purple; slightly lower values are a set of keys, a helmet and a (presumably vomit-covered) leather jacket.

The Harley Davidson symbol is wild and it will substitute for all others to help form winning combos except for the engine bonus icon.

This is triggered randomly on any spin which doesn’t result in a win or have a bonus symbol on reel one; up to four symbols are selected from those on view and each is transformed into a wild.

This is the main feature and it’s triggered by landing three of the engine bonus symbols anywhere on reels one, three and five; you’ll now get to spin a Wheel of Fortune which will initially award a cash prize. First though let’s talk about the levelling up system which makes things more exciting……

Levelling up occurs each time you land a bonus symbol on the reels and you will see the little odometer in the bottom left hand corner increment by one mile; when you reach the next milestone a new feature is unlocked which is added to the Wheel of Fortune. The features are:

Note that there are ten bonus symbols required per map stop.

Harley Davidson Freedom Tour is a high quality game which rewards longevity via the levelling up system; the bonus symbols land regularly so progress is perhaps faster than one might expect and there are some big wins once the more valuable features are triggered. This game comes with an RTP ranging from 92.50% – 96.60%.