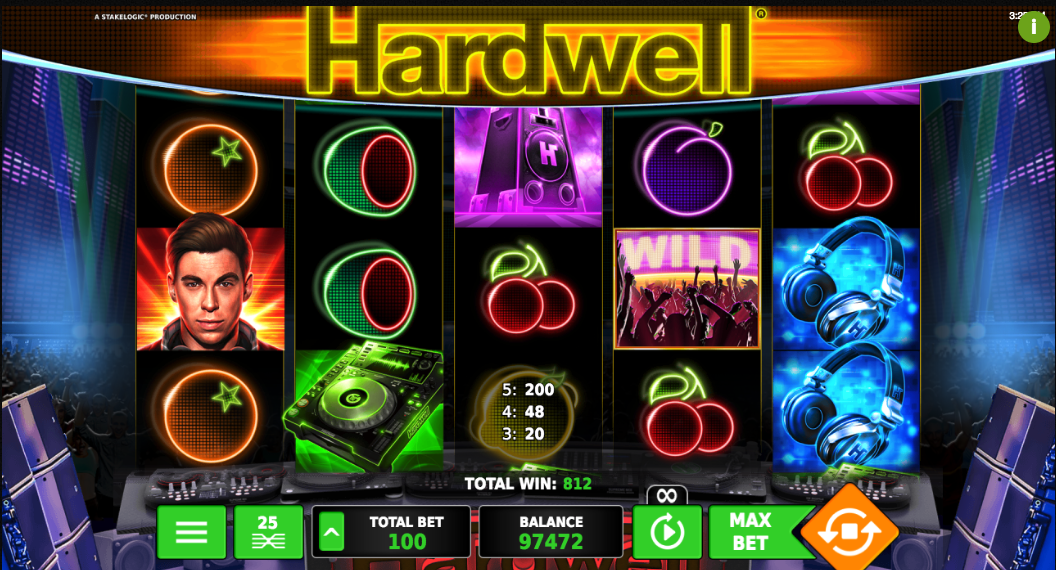 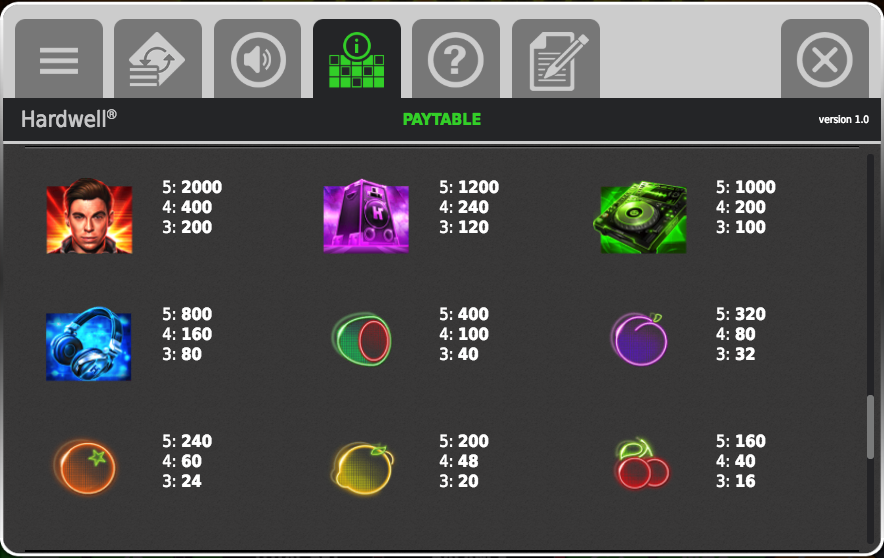 If you’re unfamiliar with the world of Dutch electro-house then the name Hardwell may also have escaped you; nevertheless he’s a well-known DJ and now the theme of an online slot machine developed byNovomatic/Stakelogic complete with some enhanced free spins.

Hardwell is a five reel slot with three rows and twenty five fixed paylines; the action is set within the spacious confines of some Superclub packed to the gunnels with drugged-up revellers.

The high value symbols are Hardwell himself, a giant purple speaker, a green deck and some blue headphones; the lower values are represented by neon fruit – watermelons, plums, oranges, lemons and cherries.

The wild is the partying crowd, it appears only on reels two and four and it will substitute for all others to help form winning combos except for the Hardwell bonus and the Superspin question mark.

This feature is randomly triggered and when it begins you’ll see golden question mark symbols appear on the reels; they will lock in place and when there are between six and fifteen in view they will all transform into matching symbols for a guaranteed win.

This is triggered by landing two or three Hardwell bonus symbols anywhere on reels one, three and five and you’ll receive ten or twenty free spins respectively. You’ll also one or two reel upgrades which are picked before the spins start (as you can see from the video above) – these are:

Landing one, two or three bonus symbols during this round will award an extra five, ten or twenty spins respectively and one, two or three reel upgrades, although you can only have a maximum of three upgrades at any point.

There’s an addictive party atmosphere to Hardwell which adds a little extra zip to this slots experience and we always like to see a free spins round with a bit extra chucked in for good measure; it’s definitely worth playing, even if only to find out what electro-house is and it comes with an RTP of 96.04%