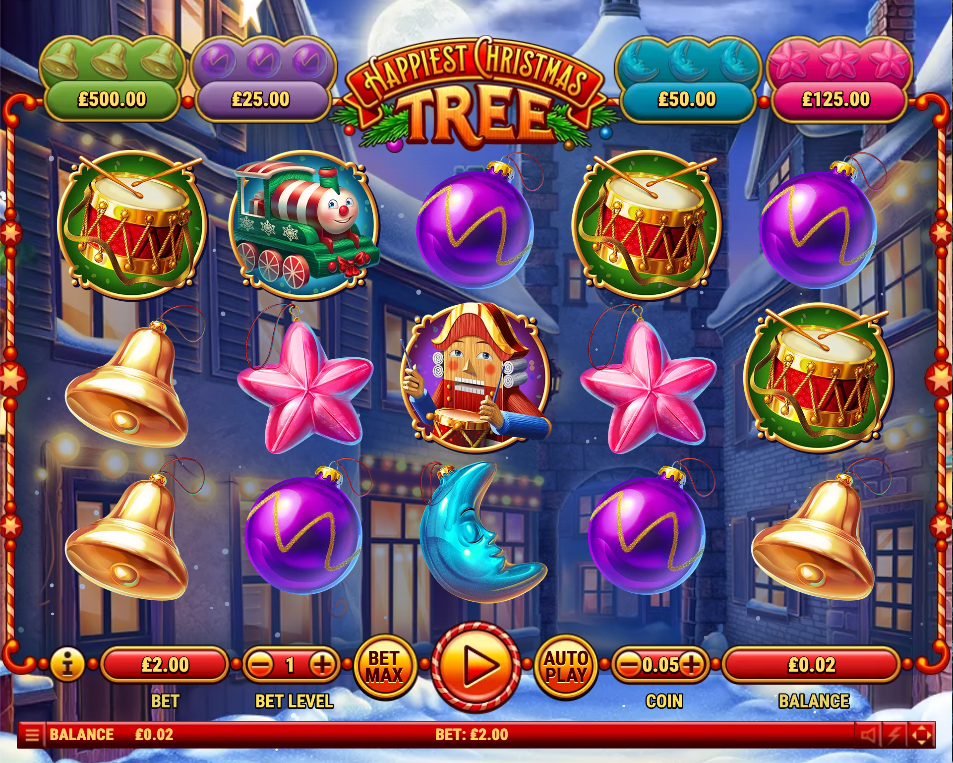 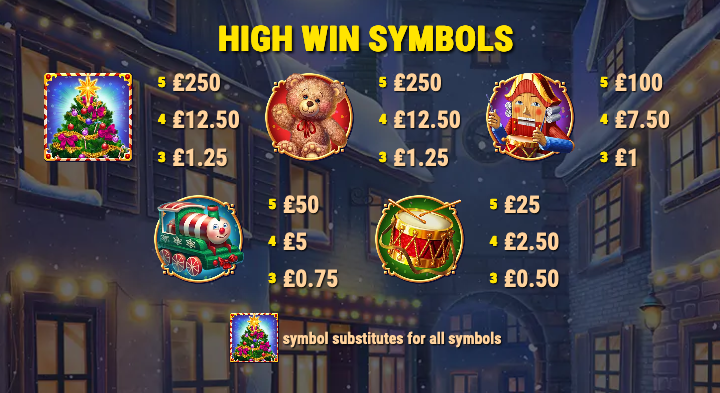 The season of goodwill comes around with an almost annual regularity and it’s always accompanied by a range of new online slot machines – this one’s called Happiest Christmas Tree, it’s developed by Habanero Systems and it offers players some seasonal free spins along with a picking round.

Happiest Christmas Tree is a five reel slot with three rows and forty fixed paylines; there’s a jaunty festive soundtrack to accompany the gameplay which takes place against a backdrop of a snow-covered street under a bright full moon.

The four gifts – the teddy bear, the drum, the toy soldier and the train – are the higher value symbols while the lower ones are Christmas tree decorations in the shapes of bells, stars, moons and traditional baubles.

The Christmas tree is wild and it will replace all other symbols to help make winning combinations.

Each time a winning combo of lower value (decoration) symbols is formed those items will fill up their respective areas above the reels; you’ll now get to play a picking game in which you must pick from twelve wreaths until three matching symbols are found which will determine the prize.

Landing three of more of the Christmas tree wild symbols anywhere in view will award fifteen free spins; the Prize Pot feature isn’t active in this round but every time a winning combo of lower value symbols is formed those items are removed from the remaining spins. It’s not possible to trigger any more spins from within this feature.

Happiest Christmas Tree is a very entertaining addition to the seasonally-themed slots already available – the Prize Pot makes it seem as though a big win is just around the corner and the symbol removal in the free spins is a nice touch.