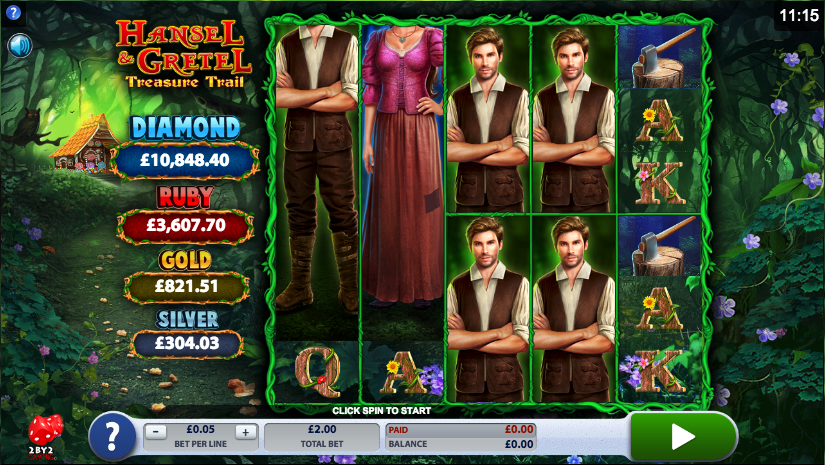 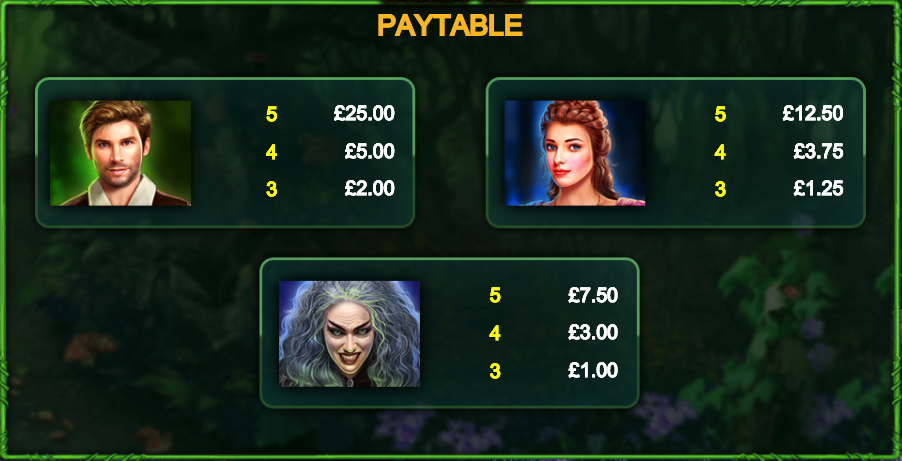 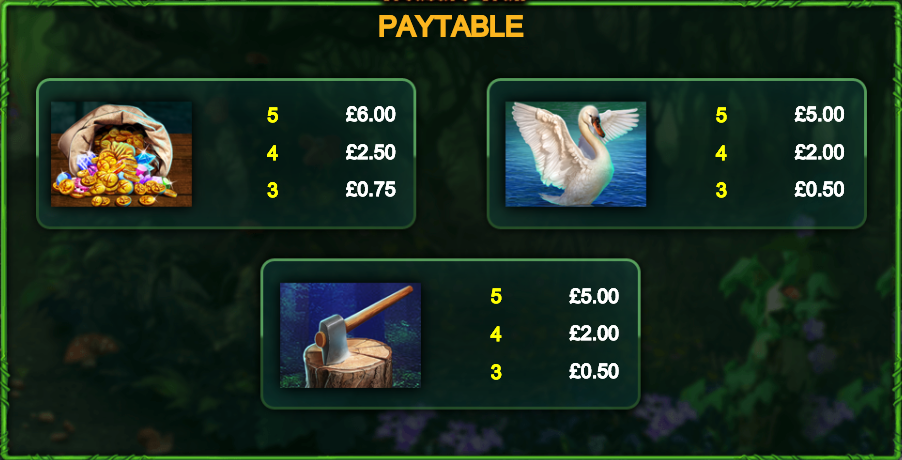 Hansel & Gretel  is the Grimm Brothers tale of a brother and sister kidnapped by a cannibal witch deep in the forest but lately it’s also been transformed into big budget movies featuring the two main characters as adult witch hunters; it’s also now a progressive online slot machine from 2By2 Gaming called Hansel & Gretel Treasure Trail and you can find out how it works right here.

Hansel & Gretel Treasure Trail is a five reel slot with six rows and sixty fixed paylines; the background to those vine-covered reels is path through the forest towards the famous gingerbread house in the distance. The progressive jackpot amounts are shown to the left hand side.

It should be noted at this point that the game is described as having eight reels because, as you can see from the screenshot above, reels three, four and five are split into two.

The high value symbols includes Hansel, Gretel, the white-haired witch, a sack of gold and jewellery, a swan and an axe; 10, J, Q, K and A make up the lower values.

The gingerbread house is wild and it will substitute for all others to form winning matches except for the path bonus symbol.

The six high value symbols can appears up to six positions high on reels one and two and up to three high on reels three to eight.

This s triggered by landing three or more of the path bonus symbols anywhere in view for which you receive the following:

More spins can be triggered with three or more path symbols and all wins are doubled during this round.

The jackpot game is triggered randomly and you’ll get to play a picking game involving a chest of drawers in which you just select drawers one at a time until you have three matching – this will determine which of the jackpot prizes are awarded – Diamond, Ruby, Gold or Silver.

Hansel & Gretel is certainly a playable enough slot with some nice graphics, a different take on the original Grimm Brothers story and a soundtrack which suits the gameplay; the progressive jackpot is the cherry on top of the gingerbread house and there’s an RTP of 96.05%.