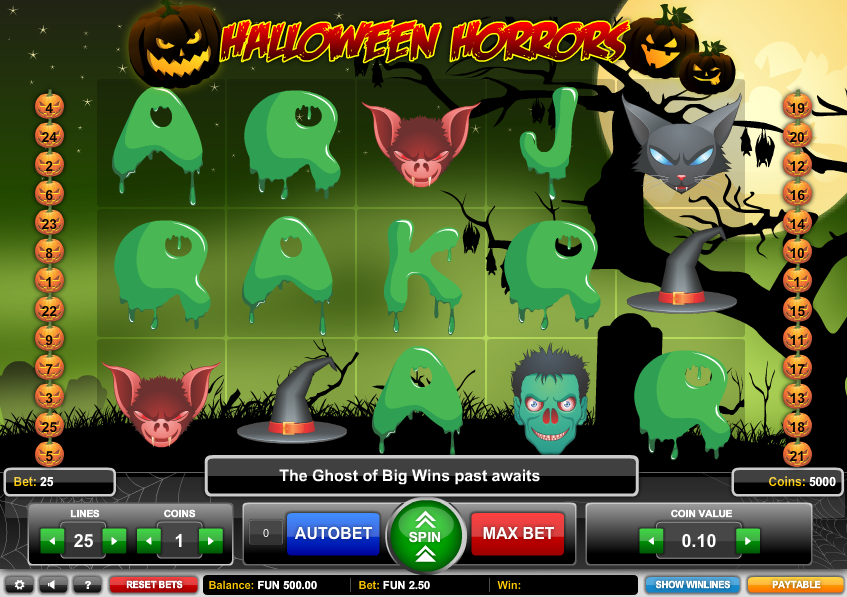 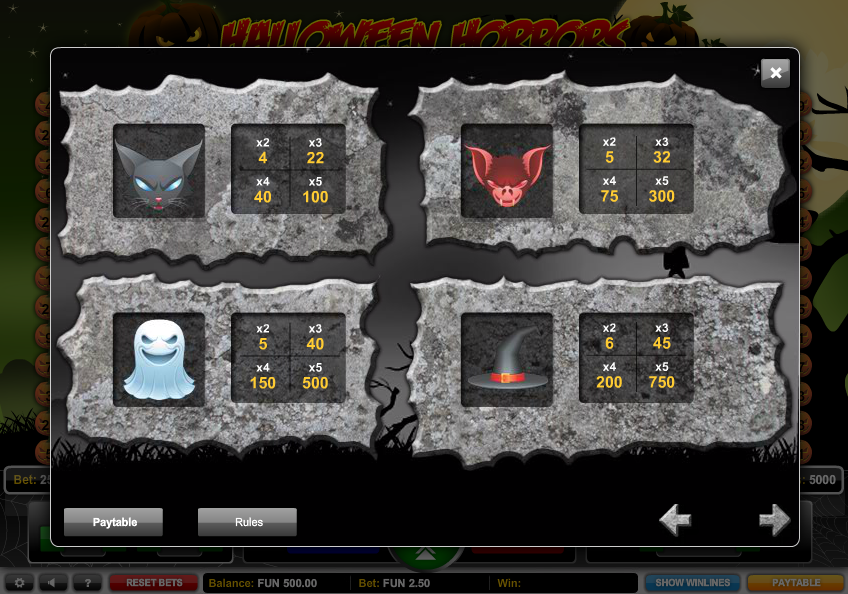 Ghosts, grinning skulls and various other scary creatures await anyone brave enough to check out this creepy online slot from 1×2 Gaming. It’s called Halloween Horrors and, as we always say, there’s no need to wait until that particular season is upon us to check out what is an enjoyable game.

Halloween Horrors is a five reel slot with three rows and up to twenty five paylines; as with many 1×2 Gaming  releases, a little text box below the reels offers motivational phrases such as ‘wake up lazybones’ and ‘grab your pumpkin and start the tumblin’. There’s a creepy backdrop to the reels involving a silhouetted witch flying across the night sky on her broomstick and bats hanging from a dead-looking tree.

The high value symbols include a black cat, a vampire bat, a ghost, a witches hat, a scary tree trunk and a zombie; J, Q, K and A represent the lower values.

The grinning pumpkin is wild and will substitute for all others except scatters; those scatters are a skull and a headstone (which only appears during the feature).

This is where the bleached white skull comes in handy and landing three or more anywhere in view will reward you with the following:

Any wins you land during this feature will be doubled and if the spins are triggered by skulls on an active payline also you will win a combo payout.

The headstone also makes an appearance here and landing two or more anywhere in view will award the following instant payouts:

We like the game design and the atmosphere of Halloween Horrors; it has a appropriately spooky soundtrack and a feature which seems to trigger regularly. As with most 1×2 Gaming slots it has a fairly generous RTP of 96.26%.