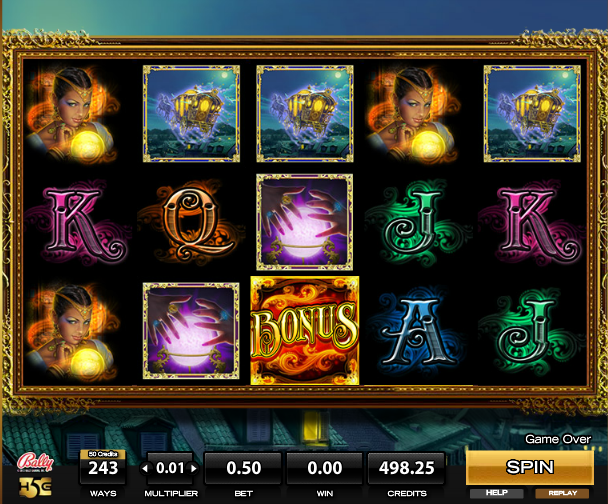 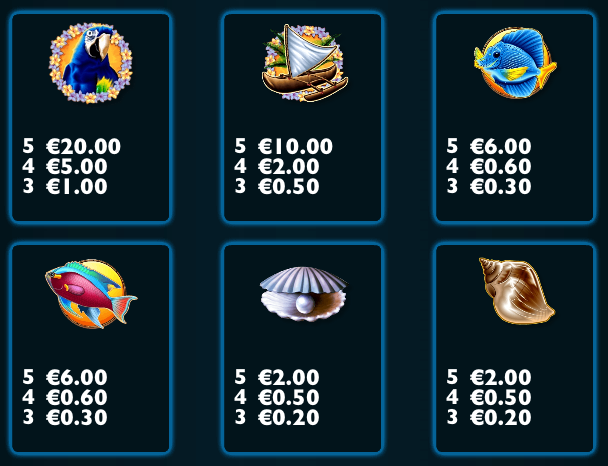 Caravans and superstition meet in this good-looking online slot from Bally/High 5 and we are of course talking about the world of the travelling gypsy. Gypsy is the name of this game and it’s theme is one of fortune telling and mysticism. It includes a beautiful main character and an expanded free spins round so read on for more information.

Gypsy is a five reel slot with three rows and 243 ways to win; there’s no traditional payline structure and wins are formed as long as you have matching symbols in adjacent columns starting from the left hand side. Everything takes place within an ornate gold frame but there are a few rooftops visible below the reels.

There are four theme-related high value symbols including some tarot cards, the gypsy,  a floating caravan and a crystal ball; lower value symbols are the standard J, Q, K and A.

The ‘Gypsy’ logo is wild and appears only on reels two, three, four and five; there’s also a bonus symbol appearing on the reels two. three and four which activates the main feature.

The gypsy may also appear with two gypsies on one symbol; this acts as two of that particular icon and means that it’s possible to make winning combinations of 10, worth 1000x your line stake.

This is triggered by landing three of the bonus symbols anywhere on reels two, three and four; you will now receive ten free spins on a set of reels which are the worth the same prize amounts with slightly different symbols.

You can trigger more spins by landing three or more bonus symbols on reels two, three, four and five up to a maximum of 200. When there’s none left the round is over.

There’s a nice brooding atmosphere to Gypsy which is enhanced by the incongruously cheerful music; you’ll win lots of small amounts playing this game and will have to reach the free spins for the bigger prizes – the RTP is 94.90%.