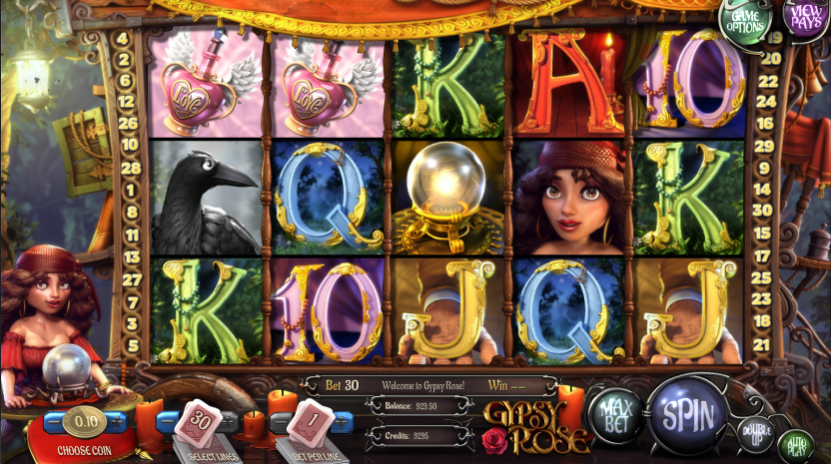 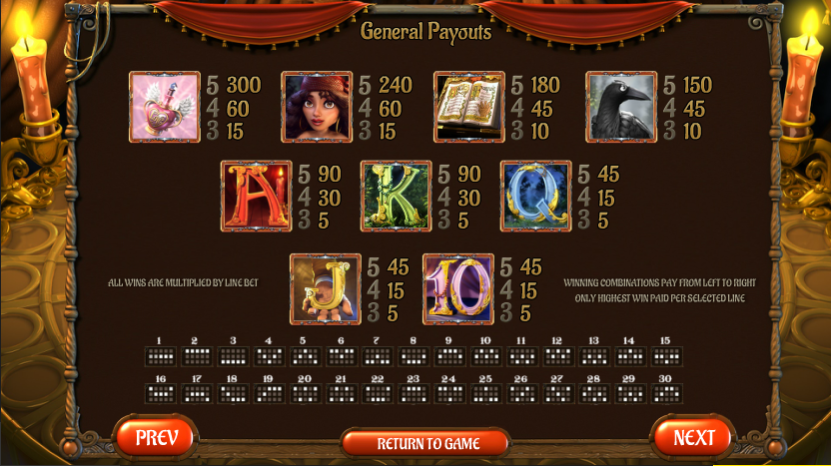 If you fancy that some hints to your future lie in the Tarot Cards then we have details of an online slot which may be of some interest; it’s called Gypsy Rose, it’s developed by Betsoft Gaming and it includes a number of interesting bonus features as well as some high quality graphics – read our full review below.

Gypsy Rose is a five reel slot with three rows and up to thirty paylines; our fortune teller lives in a traditional gypsy caravan but right now she’s standing outside, watching the reel-spinning action and ready to consult her crystal ball. Moths buzz around a light in the top left hand corner.

There are four high value symbols in the base game and these include Gypsy Rose, a spell book, a black crow and a love potion; 10, J, Q, K and A represent the lower values.

If the wild symbol lands on reels one and five on paylines one, two or three, Gypsy Rose will fling several other wilds on to the reels and also turn one of the high value symbols wild, after which the reels will be evaluated for any wins.

This is triggered by landing the crystal ball on reel three on an active payline between two matching high value symbols, meaning   there are four possible bonuses to be won here:

Any base game win can be gambled by clicking on the ‘Double Up’ button below the reels; it’s a heads/tails guessing game which can double your money or lose it all.

Gypsy Rose is a very enjoyable gaming experience with bonus feature which trigger regularly; we particularly like the Tarot Card bonus but they’re all good. Check it out!