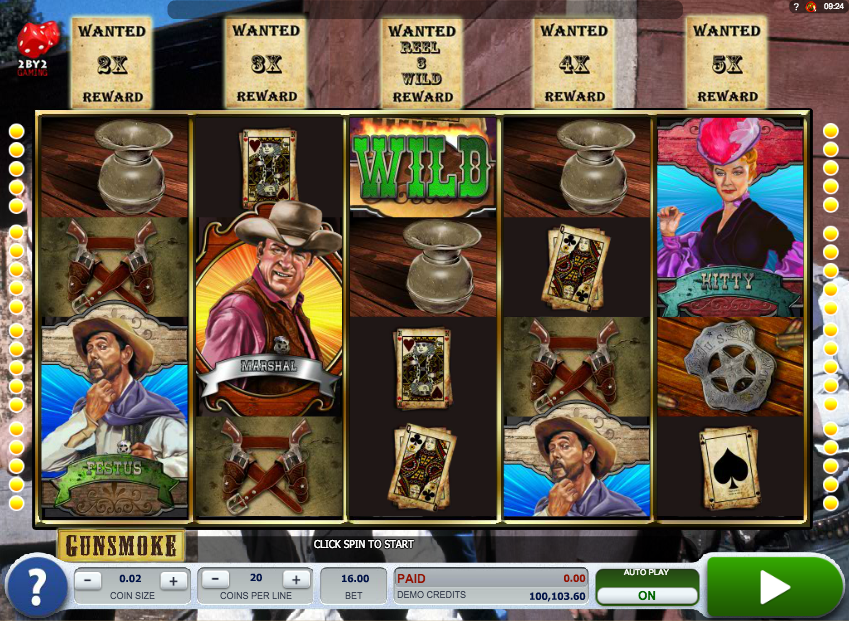 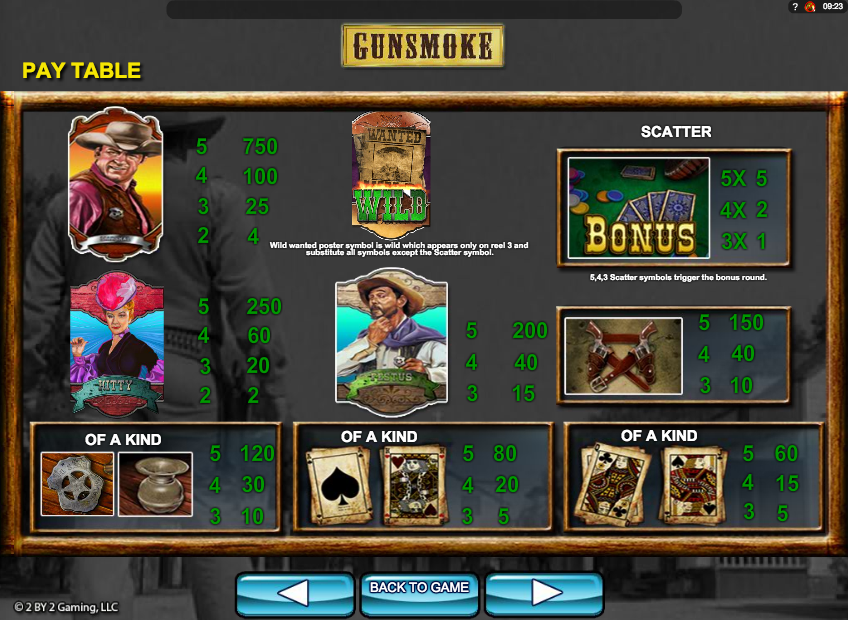 Gunsmoke was an iconic television and radio series set in the Old West which ran for twenty years from 1955 and featured William Conrad as Marshall Matt Dillon. You can now experience some of that cowboy fun by checking out an online slot with the same name. Gunsmoke is developed by 2By2 Gaming and comes with three different bonus features.

Gunsmoke is a five reel slot with four rows and forty fixed paylines; those reels look action-packed and they’re so large that it’s difficult to work our what’s going on in the background.

All the symbols are related to the theme and include Marshall Dillon, Miss Kitty, Festus, a sheriff’s badge, a spitoon and some grubby playing cards – Ace of Spades, King of Spades, Queen of Clubs and Jack of Spades. The main character symbols can cover two vertical positions and Dillon and Kitty will pay out for just two icons on a payline.

The wild symbol is a ‘Wanted’ poster which only appears on reel three and substitutes for everything else except the scatter – that’s the card table.

Above each reel you will notice a Wanted poster featuring a different reward; each time the wild symbol lands on reel three one of those rewards will be randomly picked and applied to any win including the wild. If the prize above reel three is chosen then that entire reel will become wild.

This is triggered by landing three or more of the Card Table scatter symbols anywhere in view; Marshall Dillon will now pick one of the following games for you to play:

Gunsmoke is a busy-looking game with plenty going on and an ear-piercing soundtrack which you may want to curtail; the bonuses seem to trigger fairly regularly, especially the Wanted Posters. It’s well worth checking out.