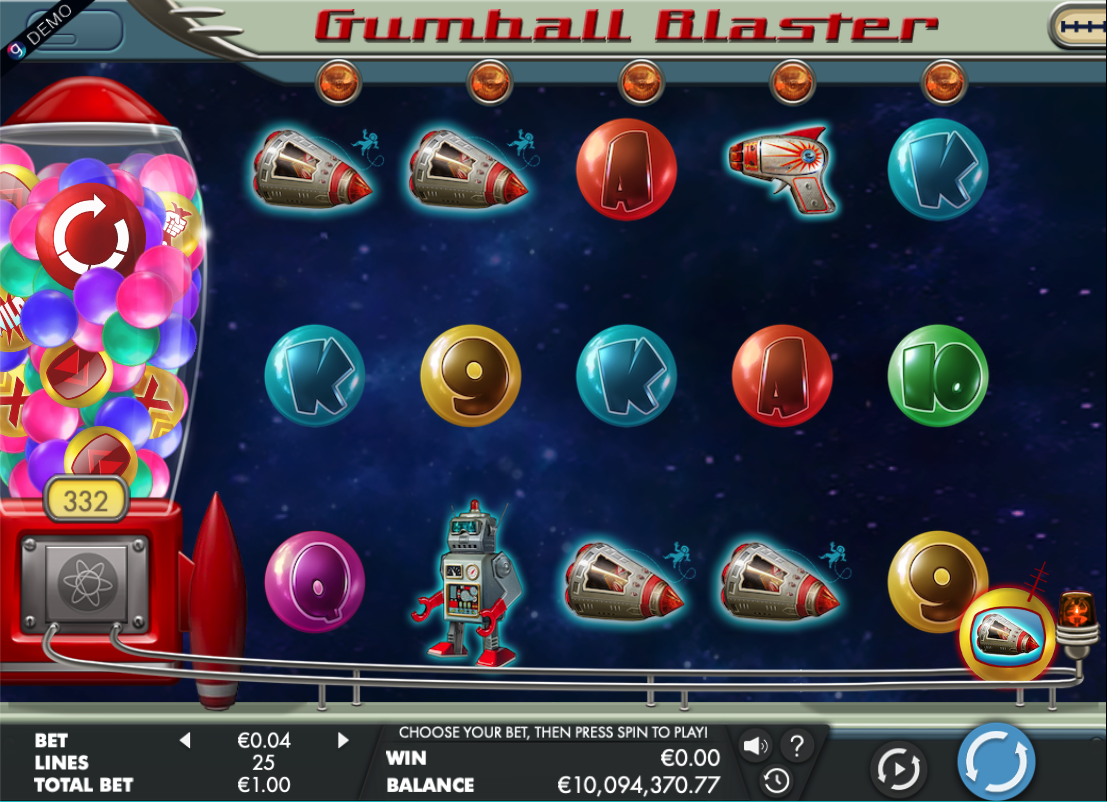 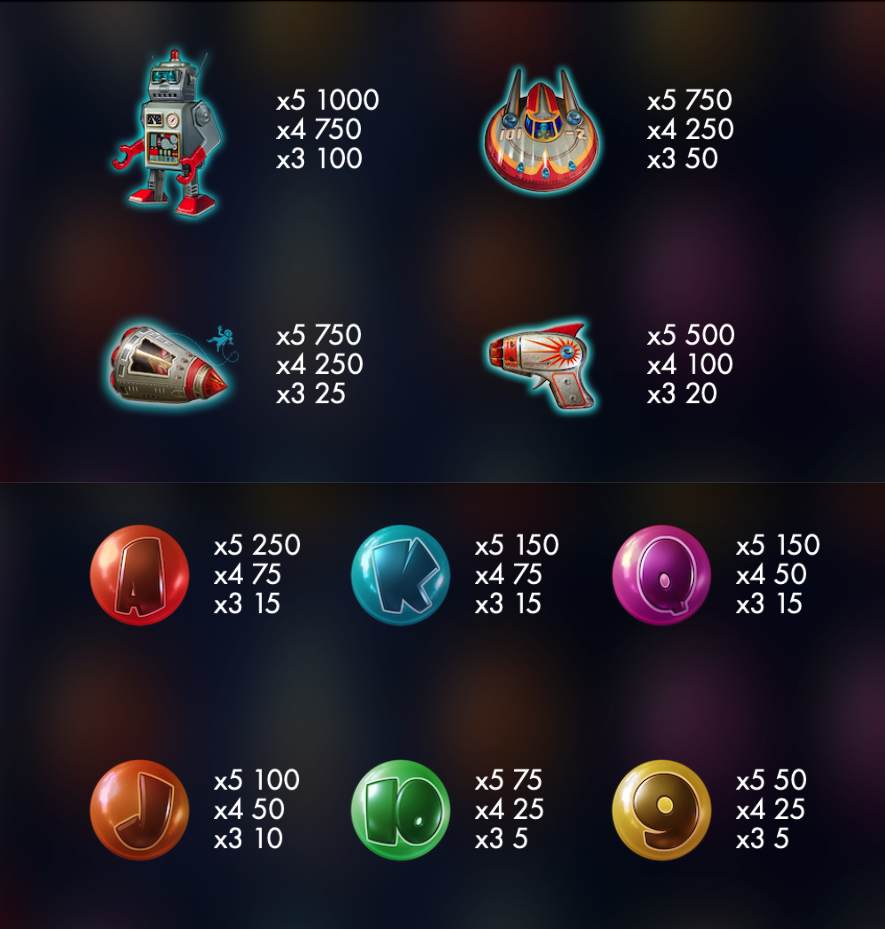 A traditional Gumball machine is the theme of this online slot machine from Genesis Gaming and it also contributes to the interesting gameplay mechanic; it’s called Gumball Blaster and there’s a chance to win a feature on every spin.

Gumball Blaster is a five reel slot with three rows and twenty five fixed paylines: there’s a a retro, sci-fi feel to this game but the main draw is the large Gumball machine on the left hand side, complete with the exit rail which leads from it underneath the reels.

High value symbols include the various toys – robot, spaceship, rocket capsule and ray gun; 9, 10, J, Q, K and A represent the lower values. The big, white ‘Wild’ is wild and the yellow, stripey Gumball is the scatter.

On each spin one of the coloured gumballs will roll out of the machine and stop at the end of the rail – it may be blank or it may award one of the following features:

Gumball Blaster is exactly the sort of slot we like mostly because of the potential features offered on every spin by the emerging gumballs; it’s charming, fun and a an entertaining way to spend your reel-spinning time.