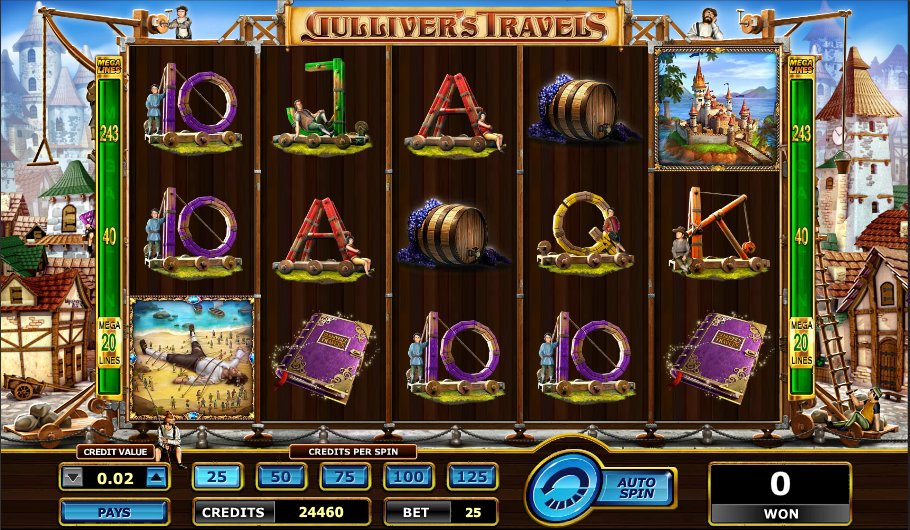 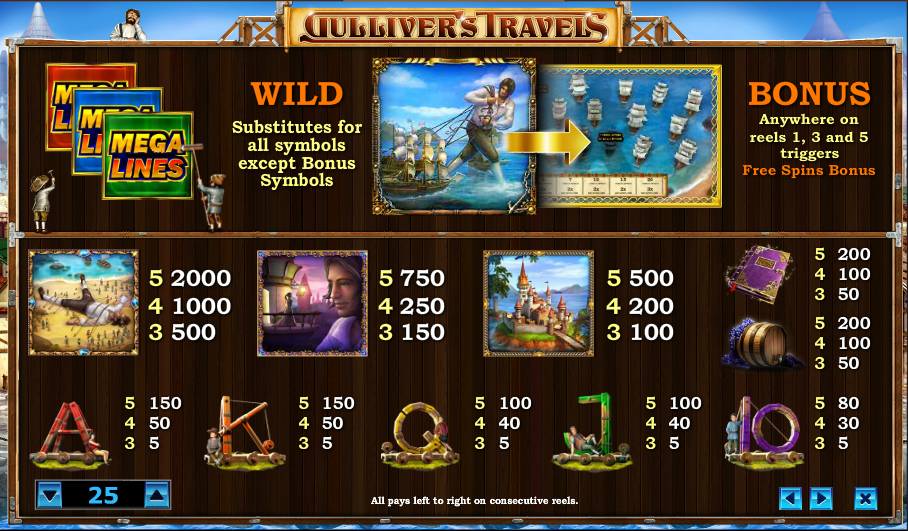 Jonathan Swift wrote the literary classic Gulliver’s Travels in 1726 and it tells the story of the title character’s journeys to fantastical lands such as Brobdingnag and Laputa. Amaya Gaming have developed an online slot based on this novel and it’s a good one, full of creative features and enhanced by some high quality graphics.

Gulliver’s Travels is a five reel slot with three rows and twenty fixed paylines (before the feature is activated); the game looks great and the backdrop to the busy reels is a town where all sorts of construction is going on.

There are five high value symbols including Gulliver tied down by little people, Gulliver and a tiny princess, a castle, a purple book and a keg of wine. 10, J,Q, K and A make up the lower values.

The MegaLines symbol is wild and appears only on reels one and five – it also triggers a feature which is described below. Gulliver pulling the small ship is the scatter activates the free spins.

The symbols on each winning combination you create will flip over, revealing three or more random ones; these in turn may create another win and so on. This works in a similar way to the ‘cascading reels’ features on various other slots.

The scatter symbol appears only on reels one, three and five but land them there and you will trigger this bonus game. You will be presented with a screen displaying a number of ships so click them until you match three. This will determine the number of spins (5 – 20) and the multiplier (2x – 3x).

The MegaLines and Flip Out features are both active here and the feature can be re-triggered by landing three more scatter symbols.

Gulliver’s Travels is one of the more enjoyable slots we’ve played recently – there’s always something going on and the two base game features are clever. It did seem hard to trigger the free spins but that doesn’t detract from the overall gaming experience.