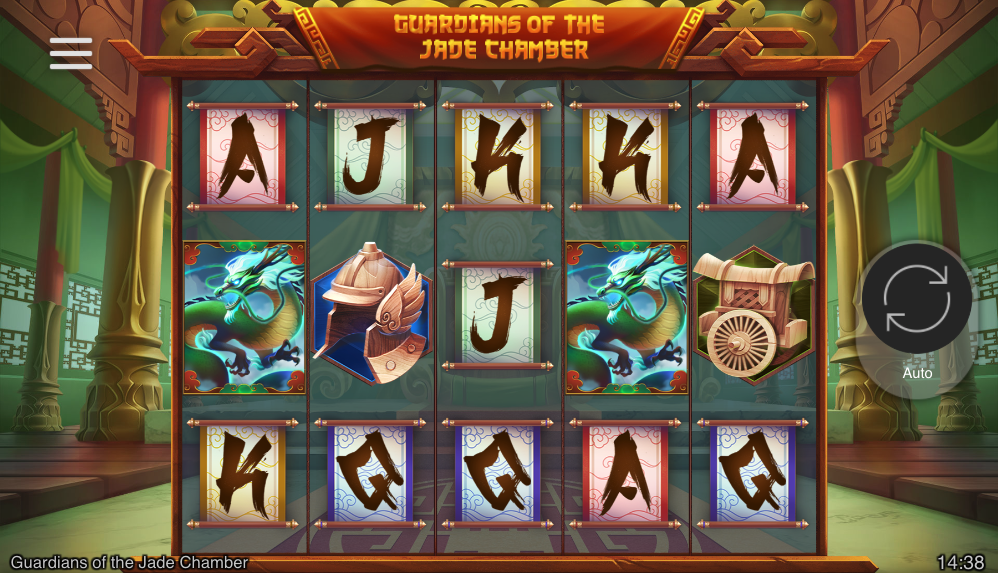 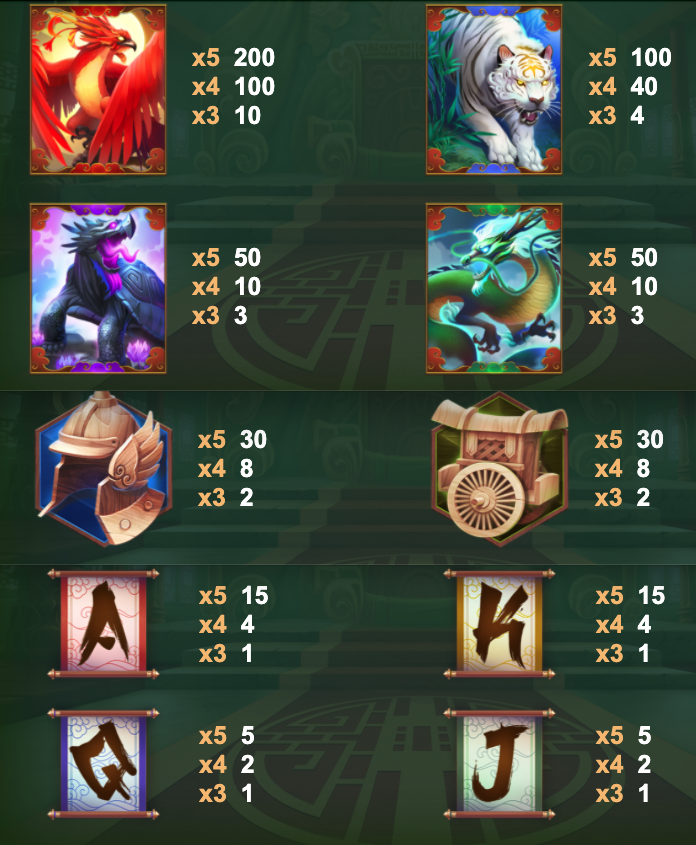 An online slot machine themed on the myths and legend of Chinese culture awaits those willing to take the plunge – it’s called Guardians of the Jade Chamber, it’s developed by Bet365 Originals and it comes with two free spin modes and Synced Reels in the base game and main feature.

Guardians of the Jade Chamber is a five reel slot with three rows and five fixed paylines; those ornate reels stand out against what must be the Jade Chamber in the background with its greenish hue and golden columns.

High value symbol include the phoenix, the white tiger, the scary tortoise, the dragon, the helmet and the wagon; lower values are J, Q, K and A n an attractive script. The golden dragon is wild and the Jade Emperor is the scatter symbol.

Landing three, four or five of the Jade Emperor scatter symbol on the reels will award 5, 10 or 15 free spins and the player will now get a choice of the following game modes:

On any spin in the base game two or three adjoining reels will be locked together, spinning the same symbols for a chance of some bigger wins.