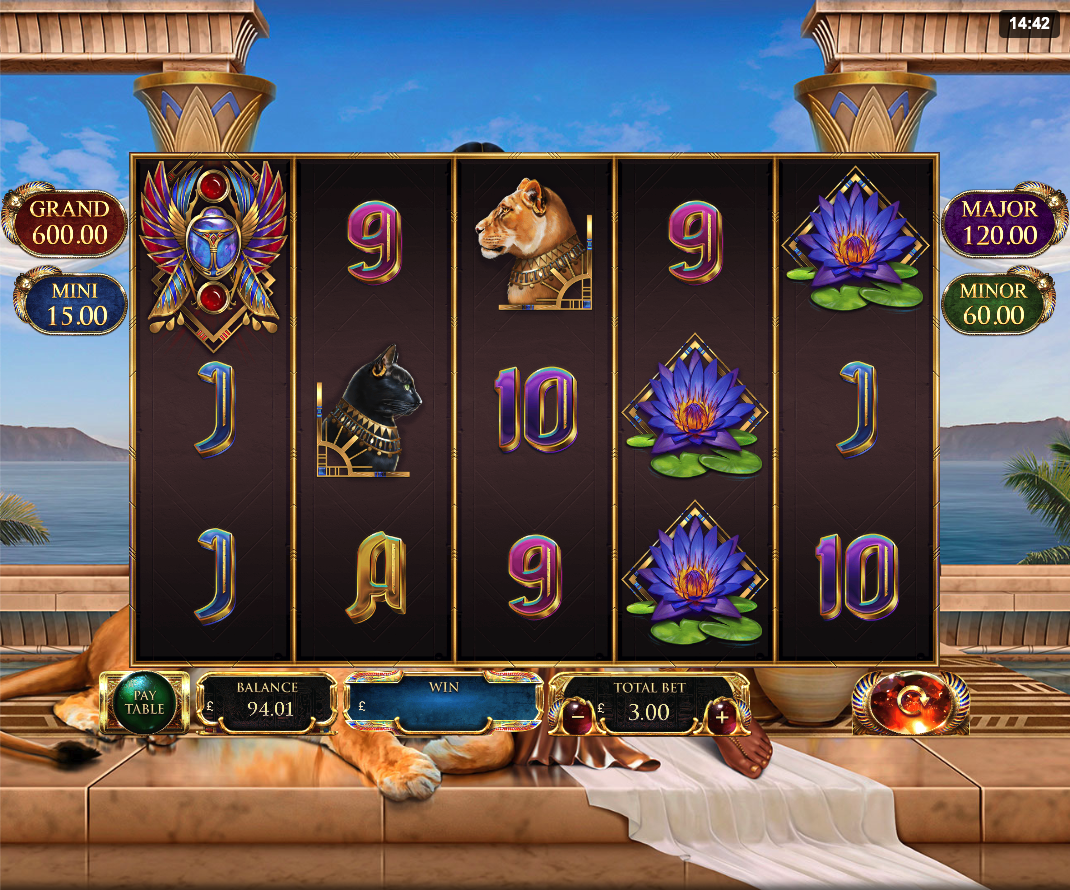 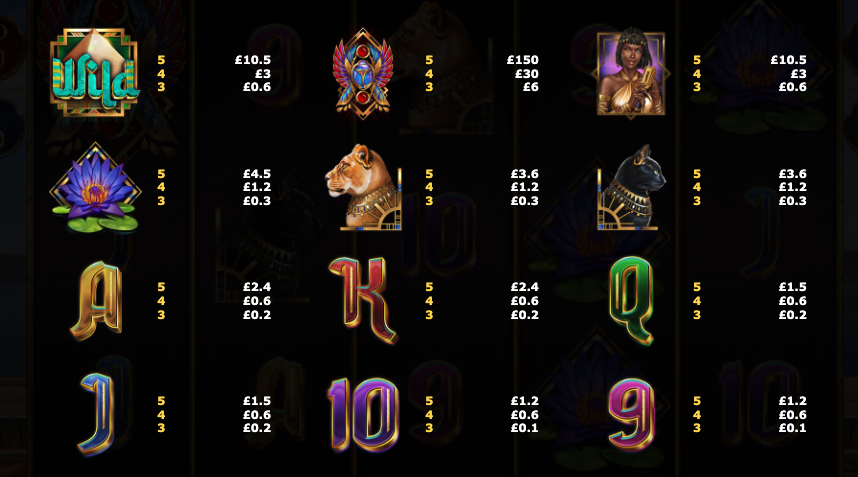 Of we go to Egypt once more and this time we’re in the company of Sekhmet, the legendary daughter of Ra, the sun god; This Red Rake Gaming slot machine is called Guardian Of Ra and it comes with several exciting features such as Locked Gold Coins, Locked Spins and free spins.

Guardian Of Ra is a five reel slot with twenty five paylines – there are no pyramids in sight but instead we have Sekhmet lounging by the water, accompanied by her pet lion.

High value symbols include Sekhmet, the lily, the lion and the all-important cat; 9, 10, J, Q, K and A represent the lower values. The pyramid is wild while the special symbols are the various coins, the gold wheel and the beetles.

When a gold coin lands on the reels it will lock in place for three respins and the purpose of this is to make it easier to land six coins of any type to trigger the Locked Spins feature. Regular symbols will land behind the gold coins and be active in that position.

If you’ve managed to land six coins in view at the same time then three respins are awarded with those coins locked in place; any new coins will reset the number of respins to three again. The round ends when no respins remain or when all positions are filled by coins. The prize is the collected values on the spins or, if all positions are filled, the Grand Prize of 200x the stake in addition.

Any wheel symbol which lands during this feature will spin once the round ends and reveal either the Mini, Minor or Major prizes.

This is triggered by landing at least three of the beetle scatter symbols anywhere in view and the reward is eight free spins which can be retriggered in the same way. More wild symbols will land on reels two, three and four to help out a bit.