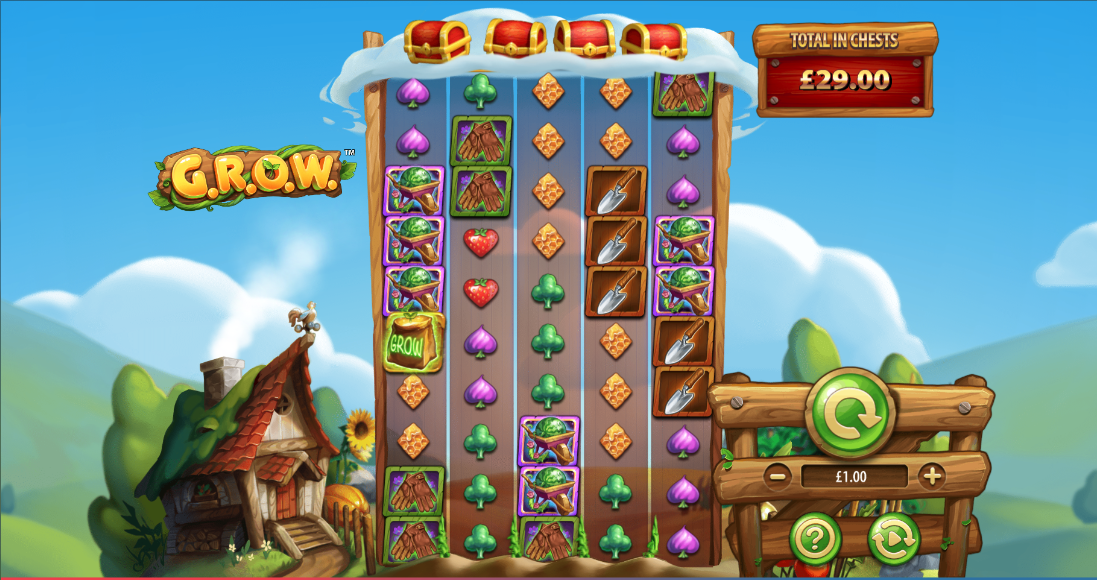 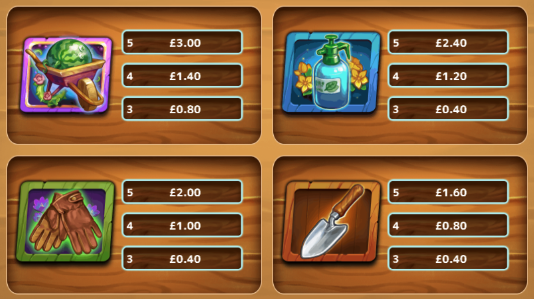 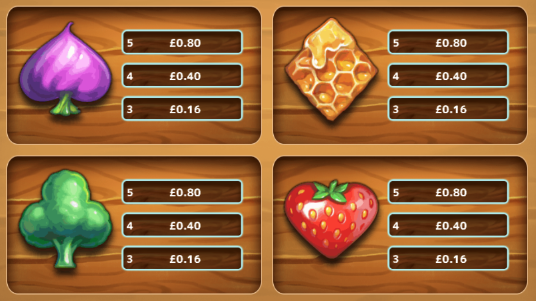 Beanstalks rising up above the clouds to open treasure chests puts us in mind of a certain fairytale involving Jack and a giant but this online slot machine from Red7 tells a different tale – it’s called G.R.O.W. and its lofty reels conceal free spins and and jackpot prizes.

G.R.O.W. is a five reel slot with ten rows and fifty fixed paylines; the theme could be described as fantasy farming with those reels flanked by crops and a cute farmhouse belching smoke into the clear sky.

The high value symbols include a giant watermelon in a wheelbarrow, an atomiser, a pair of gardening gloves and a trowel; the lower values are food items shaped into playing card symbols – a turnip spade, a honeycomb diamond, a broccoli club and a strawberry heart.

The peppers are wild and they will replace all standard symbols to help form winning combos; the scatter symbols are the flowery Bonus, the golden bee and the G.R.O.W. bag but the latter two also act as wilds.

G.R.O.W. is another clever and well designed slot from Red7 which offers something a little different from the norm with its lofty reels and base game beanstalk prizes; the replay value is obvious and the the free spins are very welcome too.