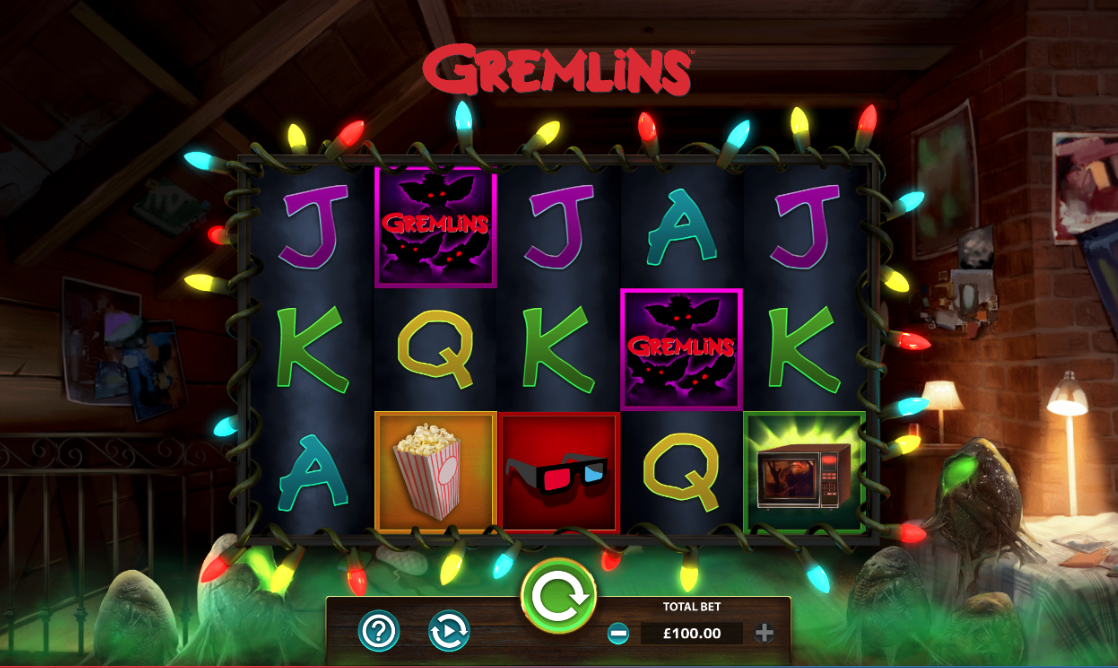 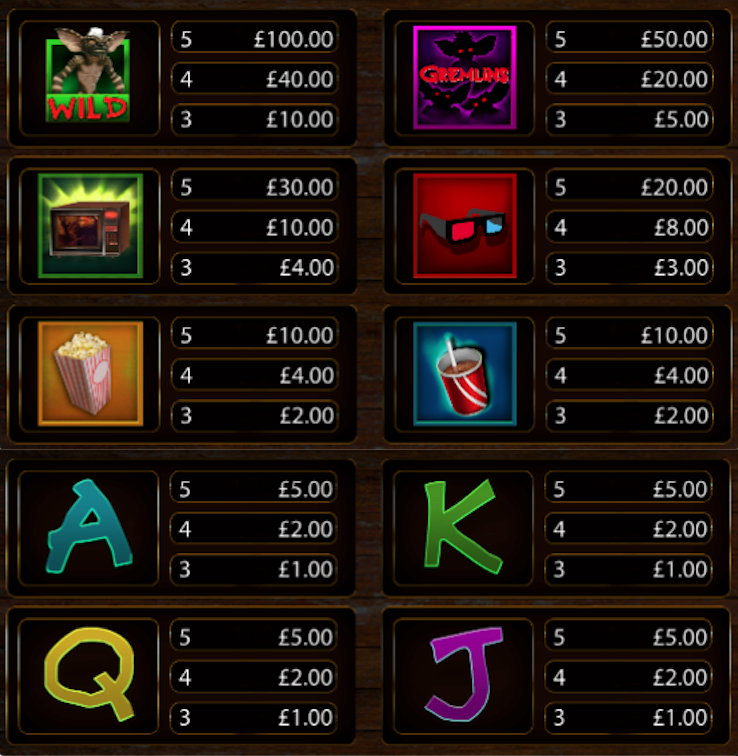 Released in 1984 Gremlins was the enormously successful movie about the cuddly Mogwai which turn into violent creatures when exposed to light, water or food after midnight; this official online slot from Red7 crams loads of themed bonus features into a really entertaining game.

Gremlins is a five reel slot with three rows and twenty fixed paylines; those reels are spinning in Billy’s bedroom, faithfully recreated from the movie and complete with Christmas lights to remind us that this was also a seasonal film.

Theme-related symbols include the Gremlins logo, the microwave, 3D glasses, popcorn and a fizzy drink; J, Q, K and A are the lower values. The Gremlin is wild and he’ll substitute for all symbols except the Mogwai bonus character.

Trigger this by landing three bonus Magwai anywhere in view or via one of the methods listed above – the selector will randomly pick one of the following features:

If you were a fan of the original film then drop everything and spend some time spinning the reels and enjoy the multiple bonus features that Gremlins offers; the original music from the movie and the features which follow the narrative make this a no-brainer.