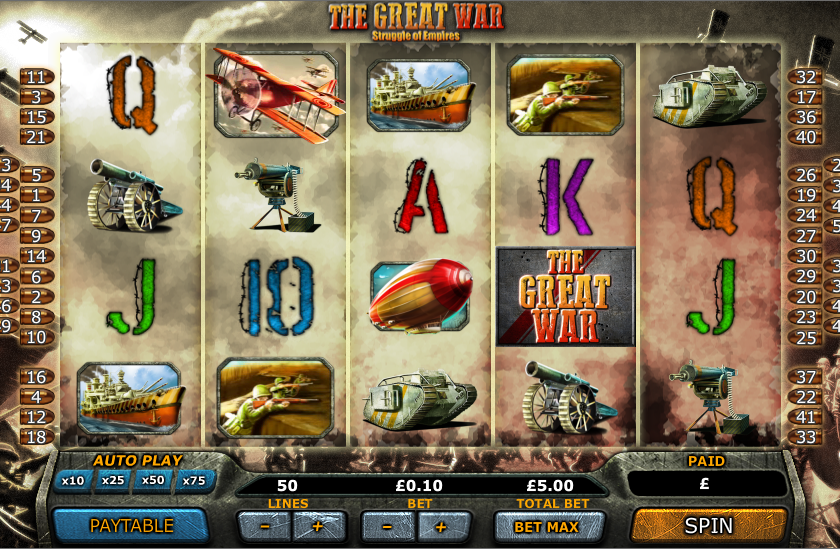 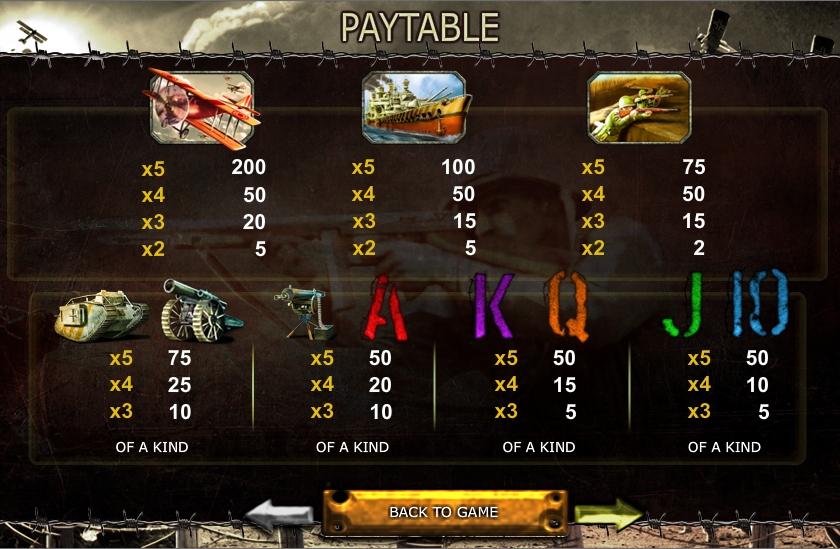 In the year in which we are commemorating the beginning of the First World War, Random Logic have taken the decision to release an online slot called The Great War – Struggle Of Empires. It’s obviously based on the conflict which lasted from 1914 until 1918 and there’s a danger that any game could be seen as making light of those war years so read on to find out more.

The Great War is a five reel and fifty payline game which all takes place against suitable grim backdrop. Through the transparent reels you can see soldiers in action at the bottom of the screen while high above the battlefield smoke planes do battle. There’s nothing lighthearted here.

The mains symbols are represented by a machine gun, a piece of artillery, a tank, soldiers in their trench, a battleship and a red biplane. Lower value symbols are the usual 10, J, Q, K and A.

The Great War logo is the wild symbol and only appears on two, three, four and five in the both the base game and the feature. The scatter symbols is a Zeppelin.

The Zeppelin is the key to this feature and you will need to land three or more to win the following rewards:

There’s no multiplier involved here but any wilds you land on the reels will remain frozen in place for the duration of the feature. Unfortunately the spins cannot be re-triggered by landing more scatters.

If you’re just here for the feature then you can save some money by playing with just one payline. The spins are triggered by scatter symbols which are active anywhere – not just on active paylines.