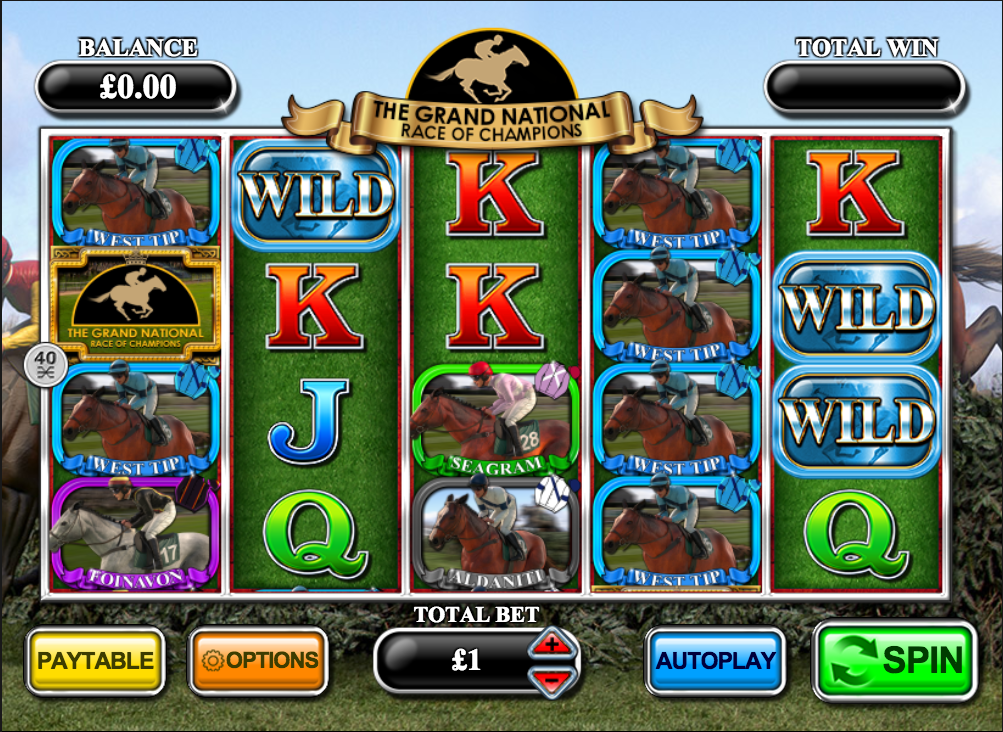 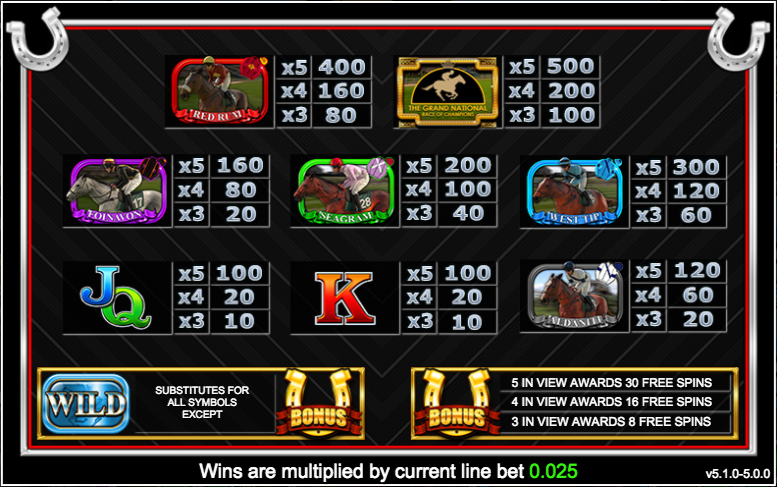 Widely regarded as the world’s greatest steeplechase, the Grand National takes place at Aintree in early April and sees the horses jump over a number of famous obstacles in pursuit of victory; this online slot from Inspired Gaming is based on that event and it features some genuine winning runners and an enhanced free spins round.

The Grand National has the subtitle Race of Champions and it’s a five reel slot with four rows and forty paylines; the big symbols occupy most of the available screen space but behind the reels we can just about make out some horses crashing through one of the fences in an explosion of hooves and undergrowth.

The wild symbol is a bluey silver object which will substitute for all others to form winning combos except for the golden horseshoe bonus icon.

This is triggered by landing three, four or five of the golden horseshoe bonus symbols anywhere in view for which you will receive 8, 16 or 30 free spins respectively.

During this round any wild symbols which land will move down one position with each new spin, meaning they can contribute to more wins along the way.

Below each reel you will also notice a coin and these spin with each free spin of the reels; if they all reveal ‘5 extra spins’ when they stop you’ll get 8 extra spins added to your total.

The Grand National is actually quite a basic slot but it’s enlivened by the use of five of the most famous participants of this race and a free spins round which is potentially very profitable – check it out! It comes with an RTP of 95.00%.