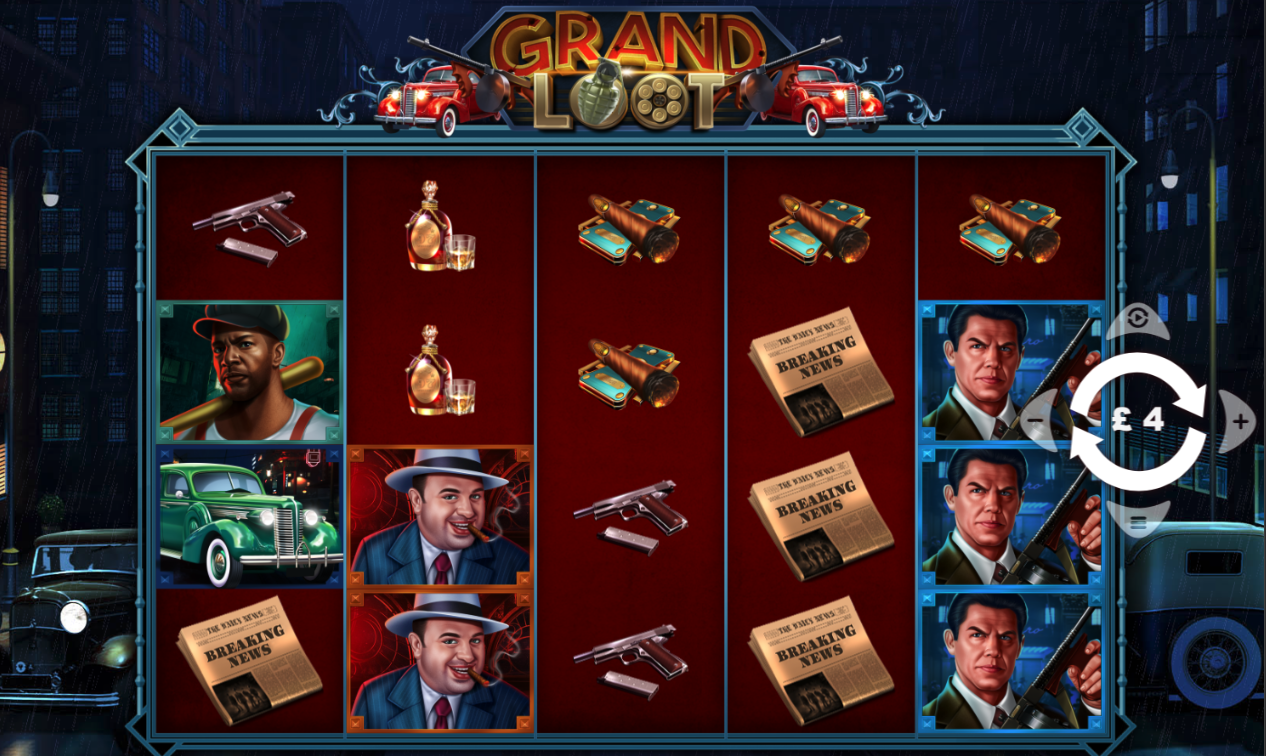 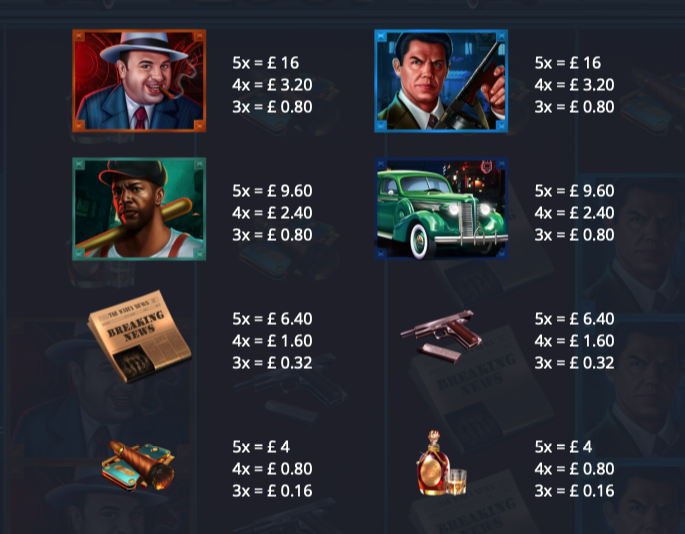 Chicago in the 1930s was the era of Al Capone, prohibition and gun-toting gangsters and thanks to Pariplay it’s all brought onto the reels now in this online slot called Grand Loot; this crime-themed game features the Grand Loot bonus game with win multipliers.

Grand Loot is a five reel slot with four rows and forty fixed paylines; there’s a contemporary design to the game with a cornucopia of fast cars and Tommy guns displayed at the top of the screen.

The symbols are all related to the theme and include the Collector the Sniper, the Booster, a green car, a newspaper, a pistol, a cigar and some brandy. The girl is wild and she can appear stacked on the reels; the bullet chamber is the scatter symbol.

Landing at least six of the bullet scatter symbols anywhere in view will trigger this feature and kick off the Grand Loot Bonus; three respins are now awarded with those bullets locked in place and each of those will display a win multiplier between 2x and 10x.

During the respins you’re looking for more multipliers or one of the following five symbols to land and they’ll all reset the number of spins to three again when they turn up:

Filling an entire reel with locked symbols will multiply the final total by the value shown above that reel.

When the spins run out the total multiplier is applied to the total stake for (hopefully) a big win; the maximum multiplier allowed is 50,000x.

Grand Loot revolves around the one giant bonus feature but the colourful gameplay is enjoyable as well with its fast-moving reels and funky soundtrack; it’s another entertaining outing from Pariplay.

Yes! The Grand Loot Bonus with respins and win multipliers up to 50,000x.

The Return To Player percentage for Djinn of Storms is 94.24%.

How To Win On Grand Loot?

Land at least three matching symbols or wilds on an active payline starting from the left hand side; trigger the Grand Loot Bonus.

Where can I play Grand Loot then?