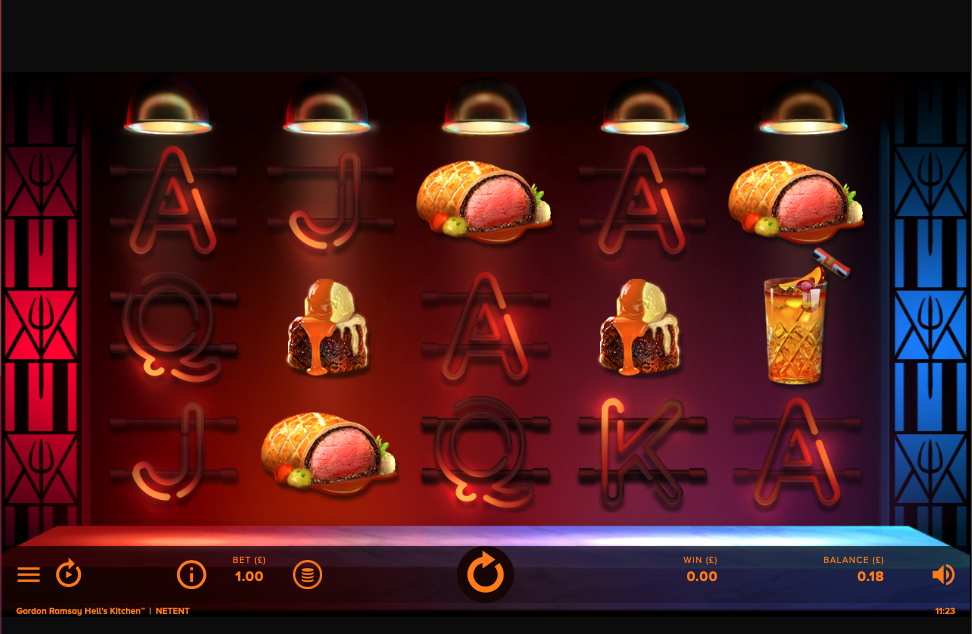 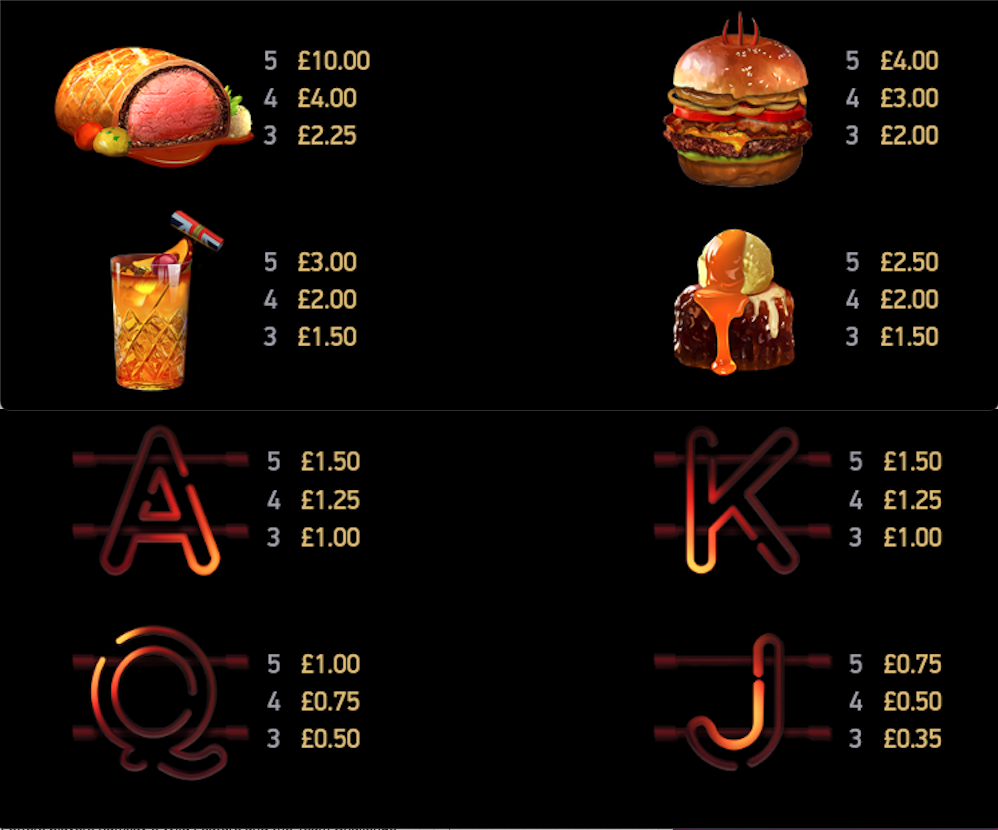 Hands up if this is something you thought you’d never see – an online slot themed on the grumpy cook from numerous television reality shows; this is Gordon Ramsey Hell’s Kitchen and it’s based on the programme in which ambitious chefs compete with each other to land a job in posh eaterie.

Gordon Ramsey Hell’s Kitchen is a five reel slot with three rows and twenty fixed paylines; it offers players Ramsay’s Wild Feature and the Team Challenge Free Spins. The symbols spin beneath heat lamps and the red/blue design of the game reflects the competition between the competing teams and chefs.

High value symbols include the roast beef, a giant burger, a cocktail and a tasty dessert; J, Q, K and A represent the lower values. The Hell’s Kitchen logo is wild and Gordon himself is the scatter, wreathed in flames.

At random knives will be flung onto the reels and the positions on which they land will be turned into wilds, hopefully helping out with some wins.

Landing three or four of the flaming Gordon scatter symbols anywhere on reels one, two, four or five will award 10 or 15 Team Challenge free spins respectively; you’ll now get to select the red or blue team and the gameplay takes place on the double reel setup you can see here:

During these spins dishes will slide into view beneath the reels which may contain 2x/3x multipliers in blue or red – these will be applied to any wins on that particular colour reel; there’s also the HK dish in blue or red which will trigger the Team Wilds feature, adding between three and eight wilds to that colour reels at random. Your prize from this round will be the total sum won on both reels.

If the team you selected wins the most cash (or it’s a draw) then you’ll also get to play Gordon’s Bonus Game – this is a picking game in which you get to pick from the symbols shown below to uncover prizes of 2x/3x/5x the stake or 2x/3x multipliers of the total bonus win. It all ends when you’ve found three Xs.

Love him or not, Gordon Ramsey has lent his name to a very sharp and entertaining slot designed t0 the highest quality; it’s arguably much more classy than the man himself and should keep you spinning the reels for quite some time.

The Return To Player percentage for Gordon Ramsey Hell’s Kitchen is 96.07%.

How To Win On Gordon Ramsey Hell’s Kitchen?

Where can I play Gordon Ramsey Hell’s Kitchen?