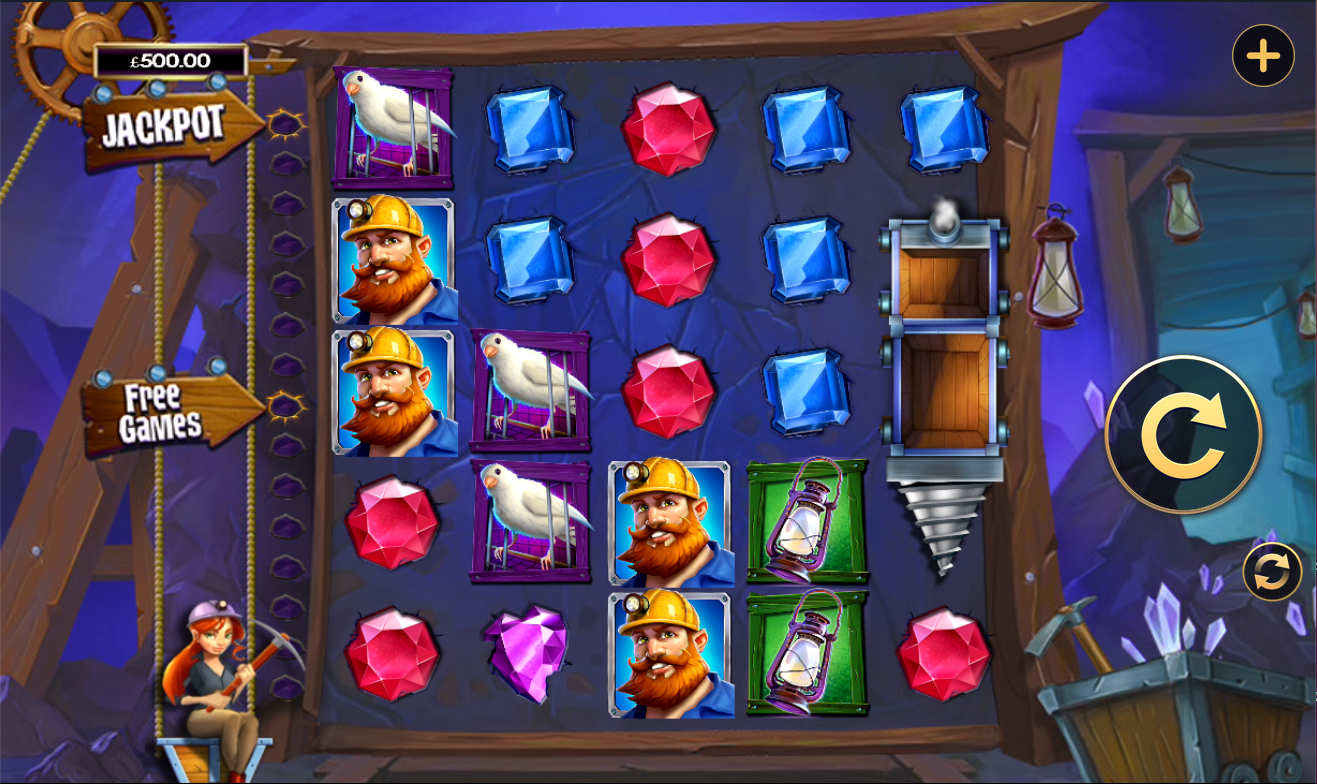 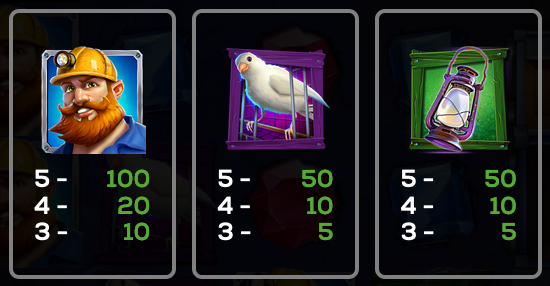 Mining is one of the more unlikely themes for an online slot machine but there are no shortage of games for those of us who fancy our chances below ground so here we have Goldstruck, a release from High 5 Games with a bonus feature train that roams around the reels collecting gems.

Goldstruck is a five reel slot with five rows and fifty fixed paylines; a wooden structure contains those reels behind which we can see the rock face waiting to be mined by the red-haired girl sitting in the bottom left hand corner.

The theme-related symbols include the miner, the canary and the oil lamp while the lower value symbols are various gems in red, blue, purple and green.

The gold nugget is wild, it appears on reels two, three and four in the base game and it will substitute for all other symbols except for the train parts and the sparkling helmet.

This is triggered by landing all three train parts and the wild nugget on the reels at the same time; the drill part of the train will now move across the reels to cover (collect) the nugget and the other parts will follow it. It will then collect all other nuggets and sparkly helmets, leaving train parts in its wake.

Each helmet collected now places miner symbols in random positions on the reels and a respin is awarded with all train parts locked in place; respins now continue while more nuggets or helmets land – when no more land or you’ve collected enough nuggest to trigger the free spins the round is over.

Collecting twelve nuggets in the above features will award the jackpot prize of 1000x your stake.

Goldstruck is a big step forward in terms of quality and gameplay for High 5 Games and we’ve enjoyed the clever bonus features of this slot; hopefully there’ll be a lot more like this to come.