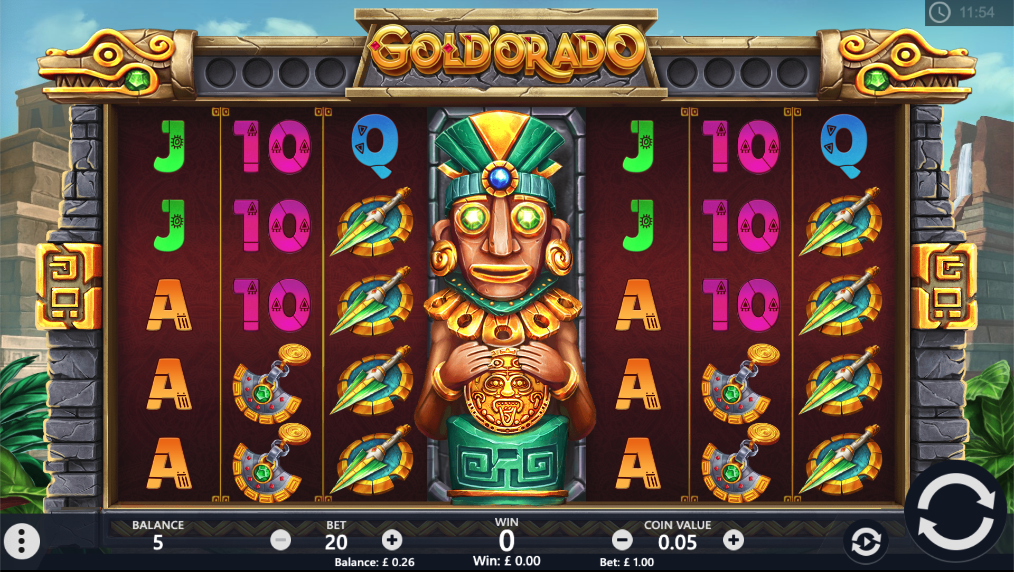 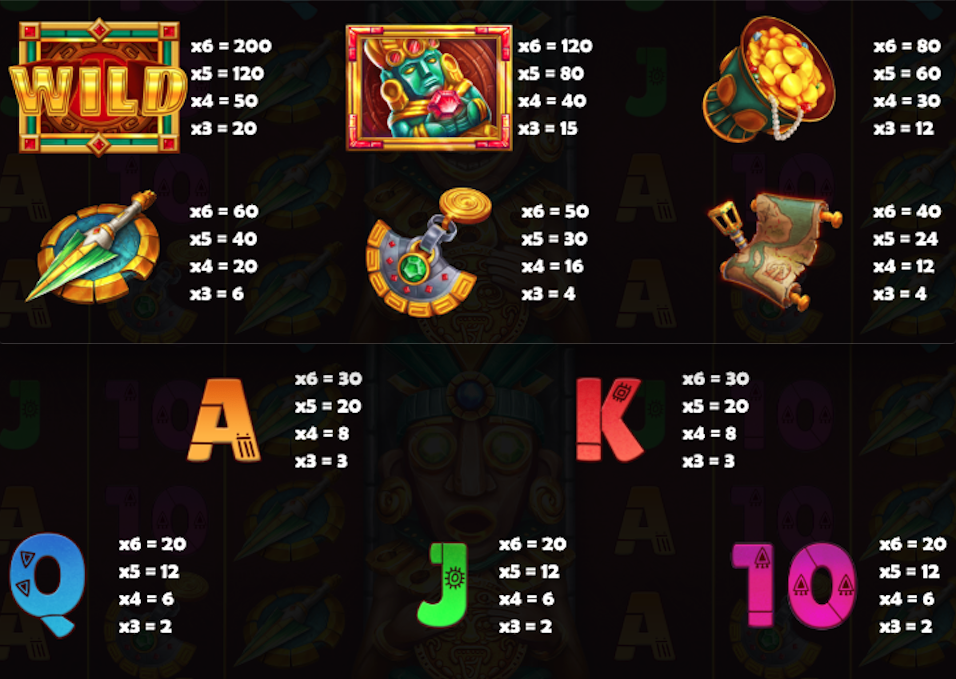 The legendary city of El Dorado was never the gold-filled location the Spanish conquistadores thought it might be but that hasn’t stopped the stories pervading through the centuries; Goldorado is an online slot from Pariplay which latches onto the legend, offering us some clever gameplay and free spins into the bargain.

Goldorado is a six reel slot with five rows and twenty five fixed paylines; those reels spin within an ornate stone structure which sits in front of the temples and greenery of this jungle location.

The setup could more accurately be described as two sets of three reels because the totem which separates them occasionally springs into life to award bonus features.

High value symbols include the green statue, the pot of gold, the dagger, the pendant and the map; 10, J, Q, K and A make up the lower values. The gold ‘Wild’ is wild and it will replace all other symbols except for the golden amulet scatters to help form winning combinations.

During normal gameplay the totem may help out with one of the following features:

There are eight empty spaces above the reels and these are filled by collecting the golden amulets; when the spaces are filled you’ll be prompted to select an amulet to reveal 10, 15 or 20 free spins.

During this round the totem add extra wilds onto the reels which contain multipliers of up to 5x – these values can be multiplied together if they land on the same payline.

Goldorado is an entertaining trip to the South American continent and both features add some welcome innovation to normal fare; the cartoon graphics and colourful symbols will brighten up anyone’s day.