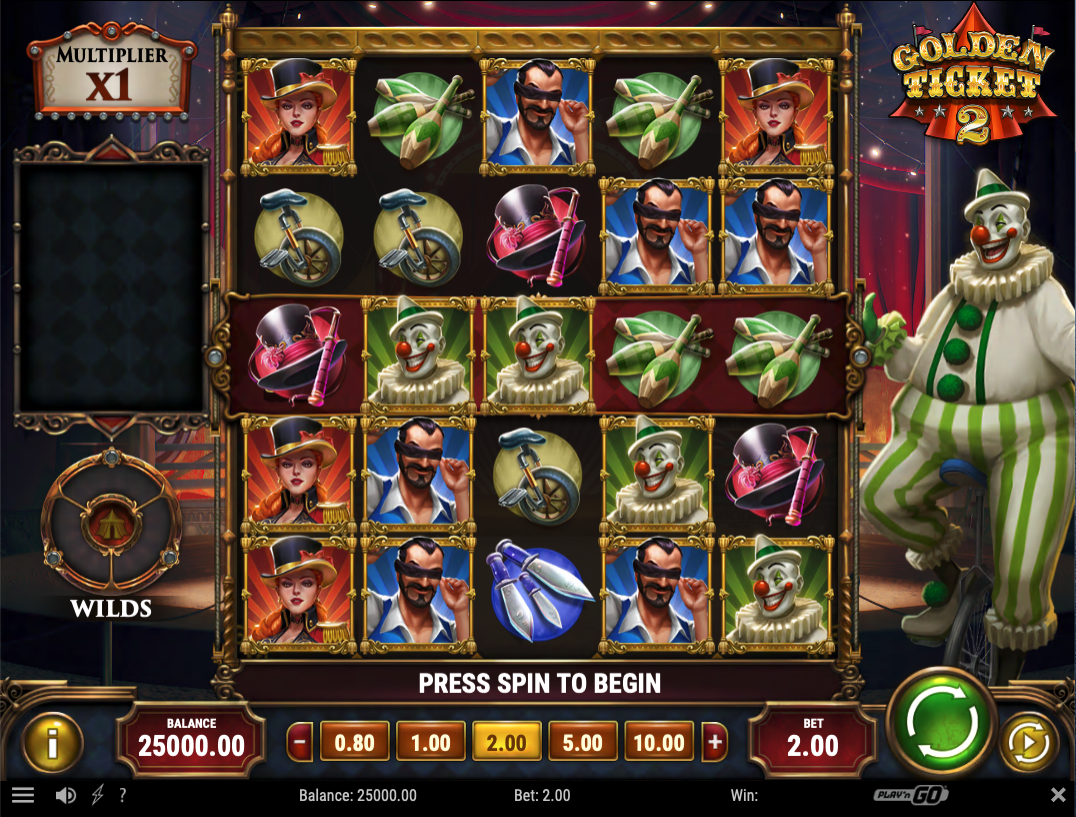 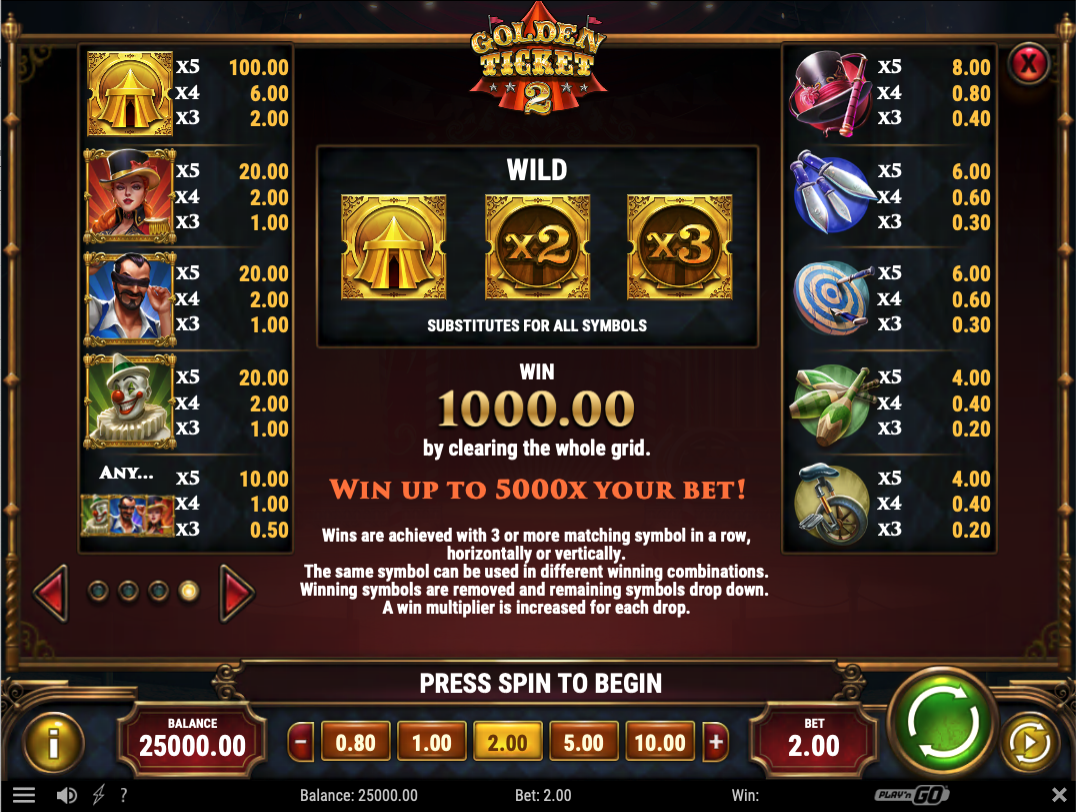 It’s been a long time coming but Play N Go have finally released a sequel to their circus-themed online slot Golden Ticket; it’s called Golden Ticket 2 and it retains the same arcade-style gameplay but shakes up the bonus features.

Golden Ticket 2 plays out on the 5 x 5 grid you can see above and the way to progress is to form matching combos of at least three symbols horizontally or vertically which will then disappear, allowing the other symbols to fall into the lowest possible position. There’s a circus tent in the background and the whole scene is overlooked by the ringmaster on the right hand side.

The symbols are all related to the theme and include the ringmaster, the magician, the clown, the top hat, the throwing knives, the target, the juggling skittles and the unicycle; the golden circus tent is wild and is created when a combo of exactly three symbols is formed.

During the base game creating wins of three, four or five combos will fill up one, two or three of the meter sections on the left hand side; when this meter gets filled one or two wilds will be added to the reels with 2x or 3x values attached.

On each spin the letters ‘BONUS’ will occupy one of the rows behind the symbols – your task is to create enough wins and subsequent drops to completely uncover those letters. When this happens the free spins are triggered and you’ll get to choose from one of the following options:

With Golden Ticket 2 Play N Go have taken an excellent slot and improved it with some updated graphics and a more elaborate and entertaining bonus feature. Highly recommended!