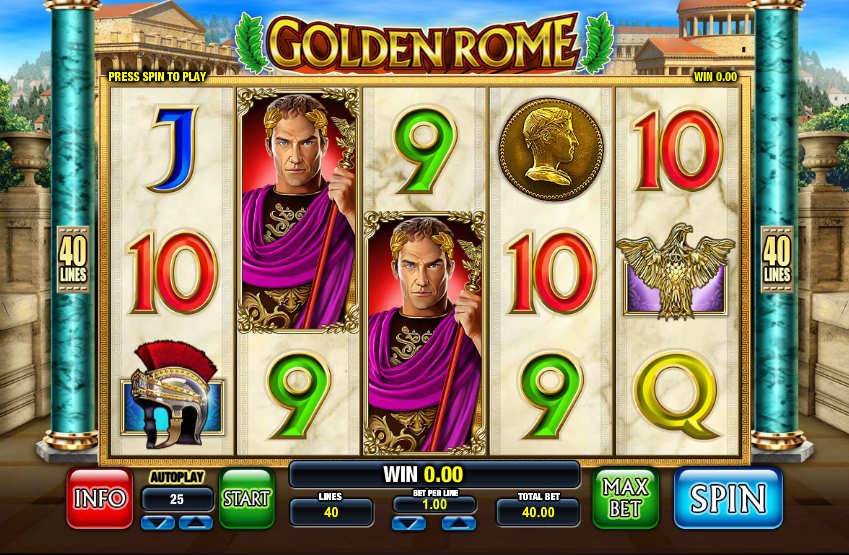 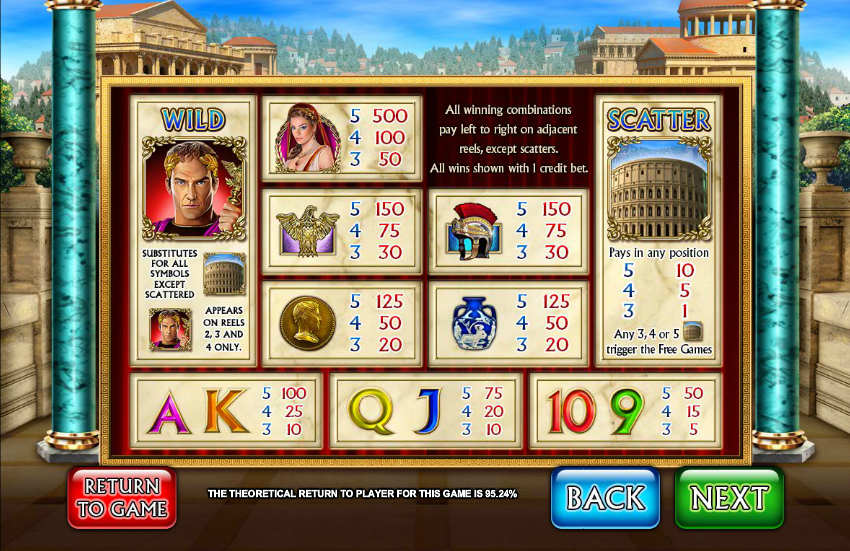 Let’s return to the blue skies, grand temples and flowing togas of Italy some 2000 years ago – this online slot is called Golden Rome and it’s tribute to that long-gone culture and civilisation. It’s from NextGen Gaming (now under the Amaya Gaming umbrella) and it’s not the first Rome-themed game but is it any good? Read the following review to find out.

Golden Rome is a five reel slot with three rows and forty fixed paylines; the tastefully-framed reels are set against a backdrop of blue marble columns and other stonework – further into the distance are hills covered with vineyards under a clear blue sky.

There are five high value symbols comprising the girl in the toga, the golden Roman eagle, a gold coin, a soldier’s helmet and an ornate blue vase. 9, 10, J, Q, K and A make up the lower values.

The wild symbol is a chap we presume to be Caesar – he substitutes for all others except the scatter – that’s an external view of the Colosseum and it activates the main feature. Caesar appears stacked on the reels and if he can help to form a winning combo he’ll morph into one big symbol on that particular reel.

Trigger this feature by landing three or more of the Colosseum scatter symbols anywhere in view for which you will receive:

Forty free spins is not to be sniffed at and in addition any win will be multiplied by the number of wilds that appear on the reels on that spin.

Golden Rome is rather plain but it’s a reasonable addition to the massed ranks of Rome-themed slots; the feature seems fairly quick to trigger in our experience and there’s an RTP of 95.24%.