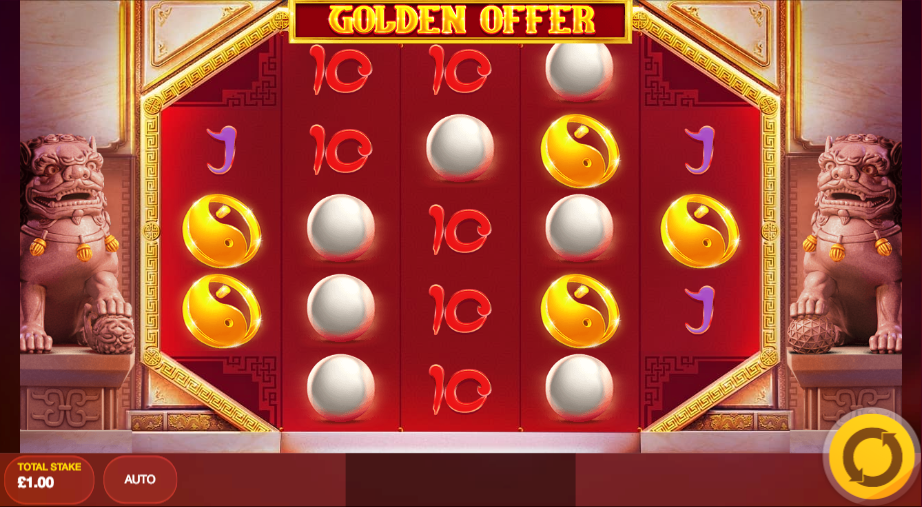 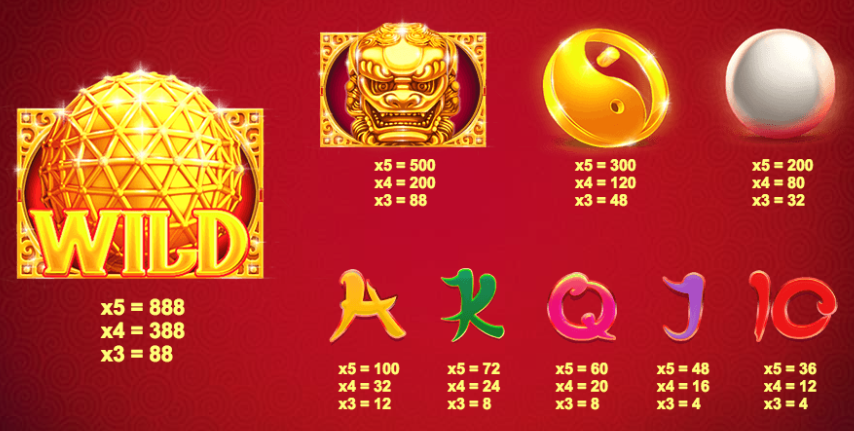 The mysterious and inscrutable orient is once more our destination as we check out this online slot machine from Red Tiger Gaming; it’s called Golden offer and that title refers to to the options available once the bonus feature is triggered – read on to find out more.

Golden Offer is a five reel slot with variable rows (as you can see from the screenshot above) and forty fixed paylines; all the action is set inside a building with all the trappings of traditional China.

The higher value symbols include the golden lion, a yin yang sign and a large pearl; 10, J, Q, K and A make up the lower values.

The wild is a large golden globe which will substitute for all others to help make winning matches except for the Golden Offer scatter symbol.

This is triggered by landing at least three of the  Golden Offer scatter symbols anywhere in view and you’ll now get to play a ‘Deal or no deal’ game in which you are offered prize amounts and can accept or refuse them for the next. Eventually you’ll have to accept the final one.

The following mini-features can be triggered randomly in the base game in the hope of helping you out with some big wins:

If you like the familiar design of Red Tiger slots then this should be right up your street; there’s a delicate soundtrack to accompany your gameplay, a variety of smaller features and an RTP of 95.19%.