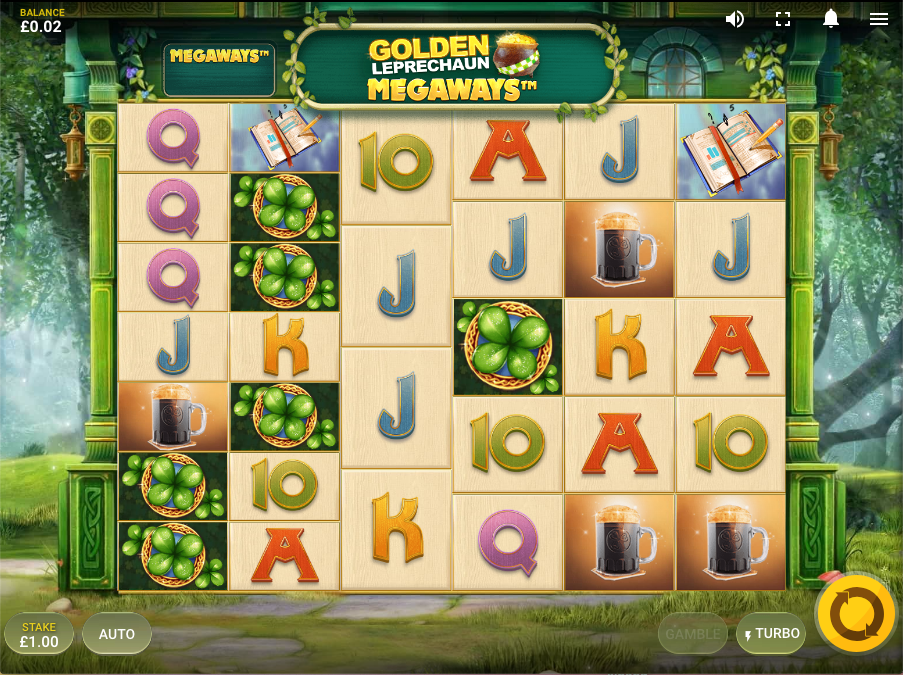 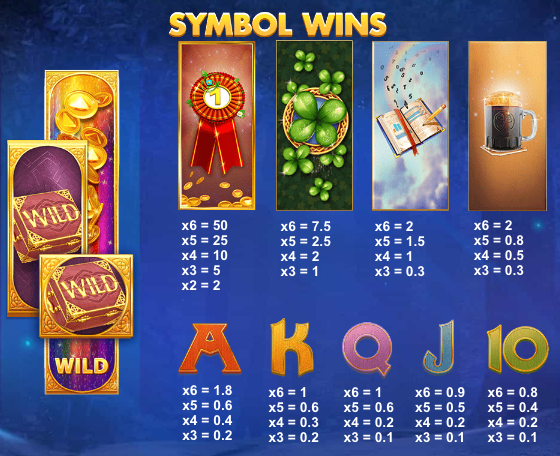 The Emerald Isle is one of the most popular locations in which to set an online slot machine and Red Tiger Gaming have added one more Irish-themed game to the list – it’s called Golden Leprechaun Megaways and it offers more than 117,000 paylines as well as free spins with feature enhancements.

Golden Leprechaun Megaways is a six reel slot with up to seven rows on each reel; this is Big Time Gaming’s clever Megaways payline structure which can result in a possible 117, 649 ways to win. A hazy forest forms the backdrop to the reels which spin within the confines of this green, woodland dwelling.

The four high value symbols include a rosette, some four leaf clovers, a magical book and a pint of stout; 10, J, Q, K and A make up the lower values.

A gold box represent the wild symbol which will replace all standard ones to help form winning combos; the Lucky Spins symbol is the scatter.

All symbols involved in winning combos will disappear to be replaced by more falling from above – new combos may then be formed and the process continues in this way.

The following mini-features can triggered at any time in the base game by the leprechaun:

These are called Lucky Spins and this round is triggered by landing at least three of the Lucky Spins scatter symbolos anywhere in view; before the spins start you’ll be prompted to pick one of the mushrooms to reveal an enhanced leprechaun modifier for this round.

Extra spins can be triggered by landing three more scatter symbols during this feature.

There may be a time when we have too many Irish-themed slots but we’ve not arrived at that point yet, especially when we have collapsing reels, free spins and Megaways to enjoy – Golden leprechaun Megaways comes highly recommended.