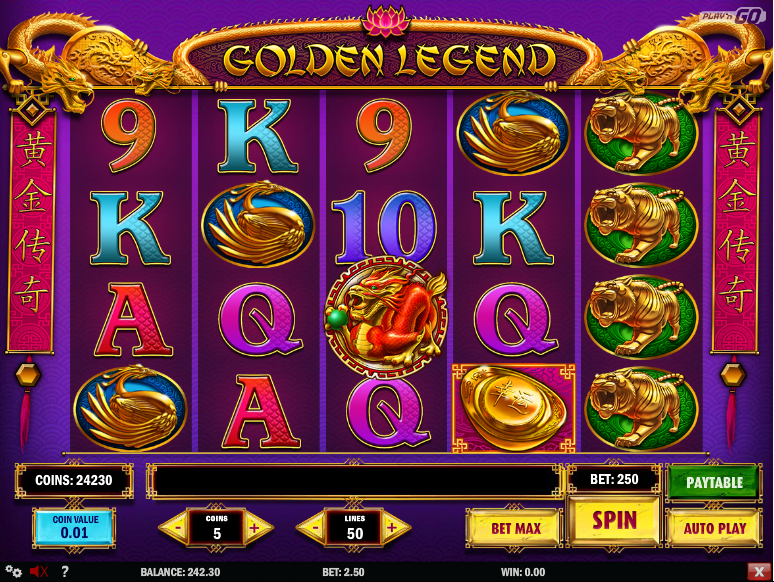 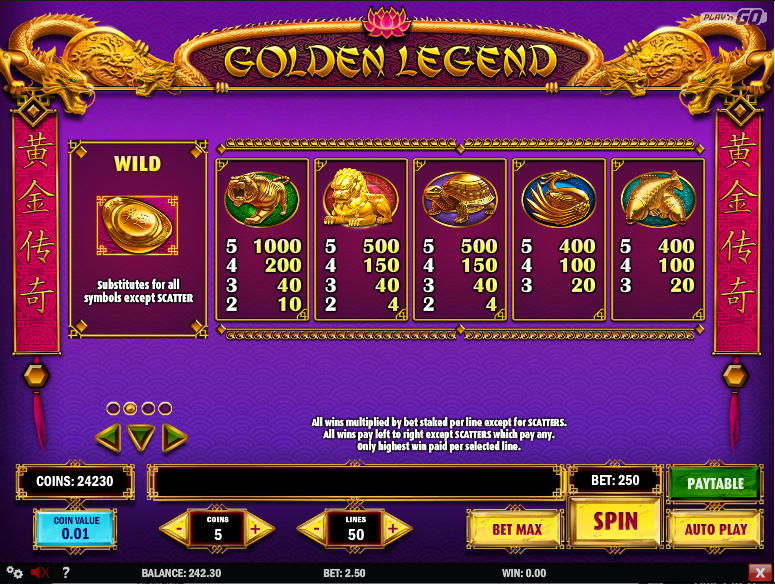 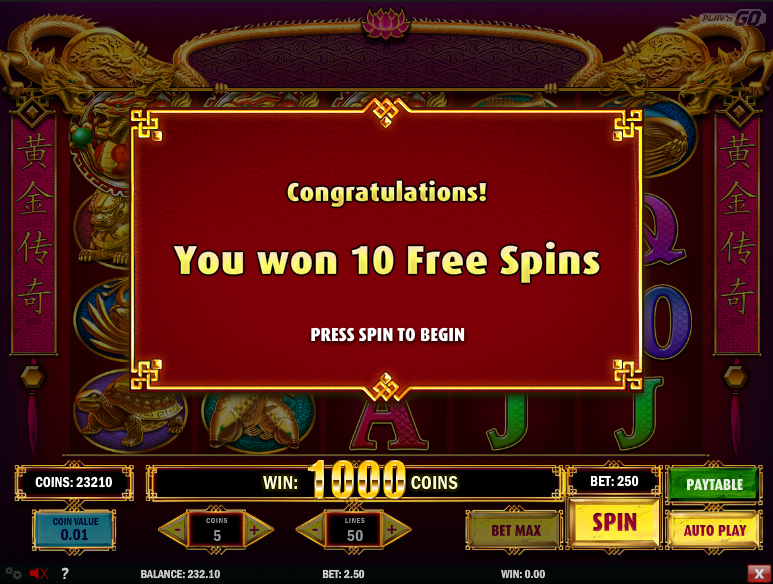 Once again it’s time to head east to sample the delights of the mysterious Orient in this online slot from Play N Go. It’s called Golden Legend and while it eschews some of the more familiar icons of this genre, there’s still plenty to recognise, not least an engaging soundtrack and a potentially lucrative bonus feature.

Golden Legend is a five reel slot with four rows and up to fifty paylines; the theme is one of gold and colour with gleaming dragon statues watching over proceedings from above the reels. Banners displaying ‘Golden Legend’ in Chinese hang on either side.

The five high value symbols are golden animals and include fish, a dragon, a tortoise, a swan and a tiger; 9, 10, J, Q, K and A represent the lower values.

The Chinese gold ingot is wild and substitutes for everything else except the scatter; that scatter is a red dragon on a gold background and it activates the feature.

The scatter symbol appears only on reels one, two and three but landing them there will trigger this feature. You will initially receive ten free spins but for each spin, two extra wild symbols are added to the reel set. These wilds only occur on reels two, three, four and five but appear stacked there. The addition of two extra wilds per spin means that the stack gradually expands as the feature progresses.

Landing three more scatters can trigger ten more spins but only once, meaning twenty spins in total are available.

Any win can be gambled by clicking the ‘Gamble’ button below the reels; you can try to double or quadruple that amount by guessing the outcome of the next card drawn. There’s a limit of five successful guesses or 2500 coins.

We would generally avoid the gamble feature – it’s the speedy way to deplete your bankroll and an unnecessary risk.

This is not Play N Go’s most exciting slot but it’s of a characteristically high quality with a nice soundtrack and a tweaked bonus feature. There’s also a top prize of 1000000 coins and an RTP of 96.50%.