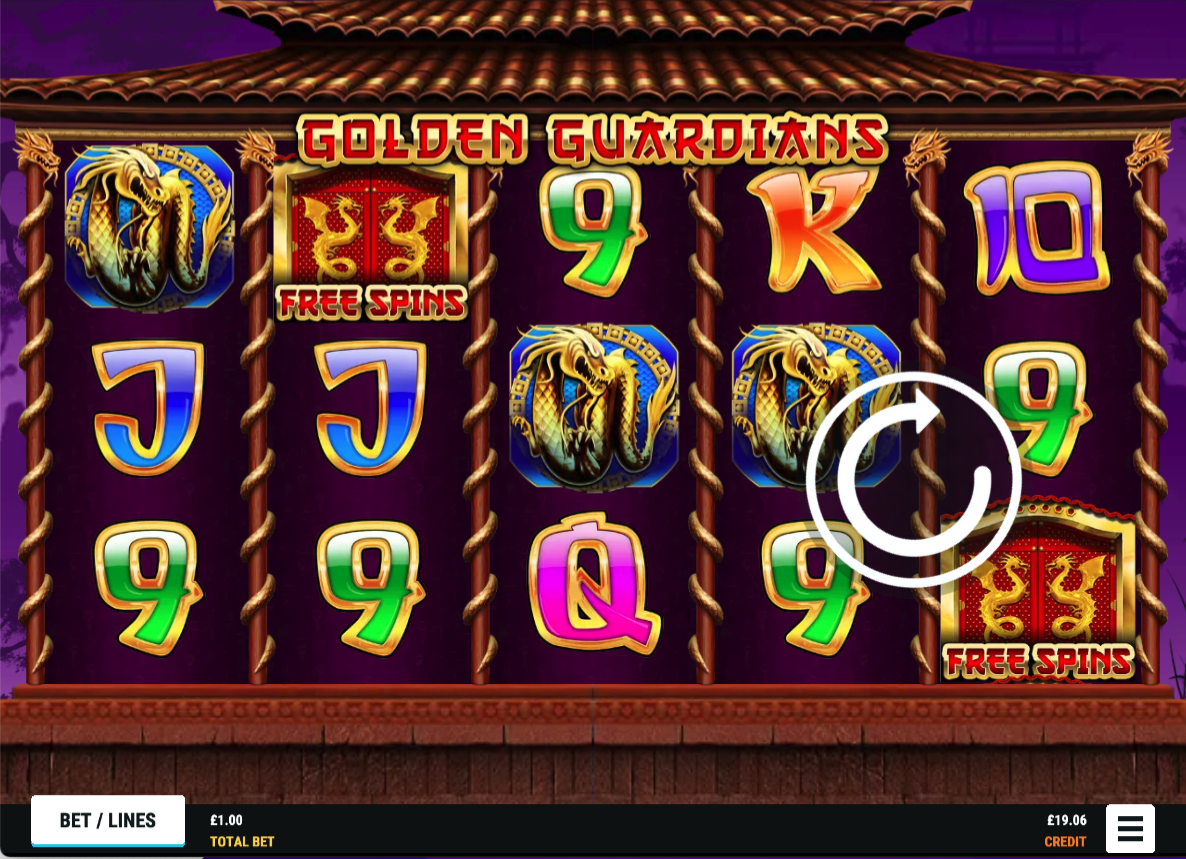 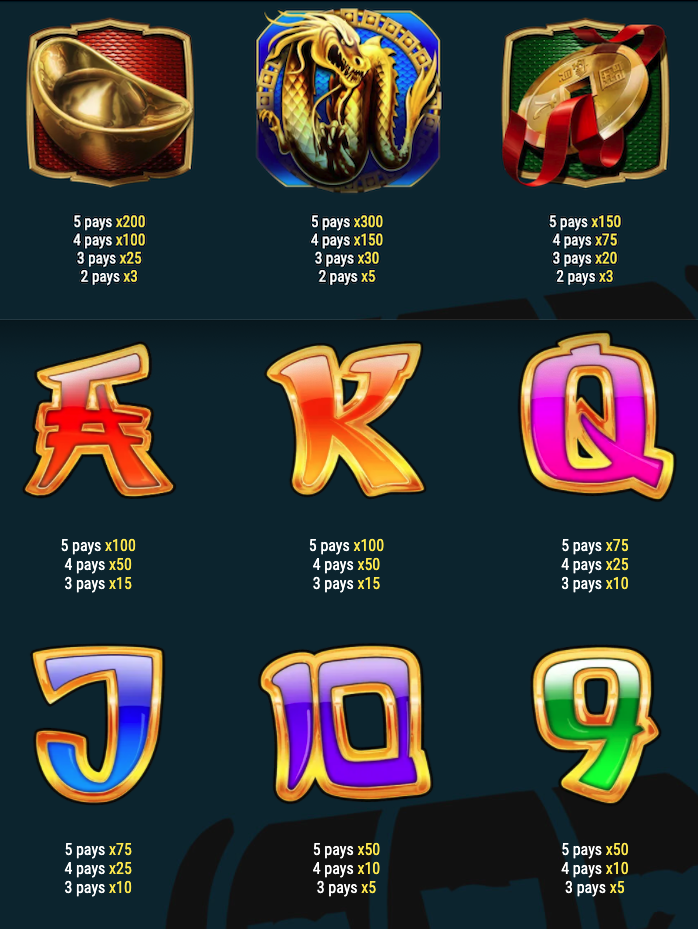 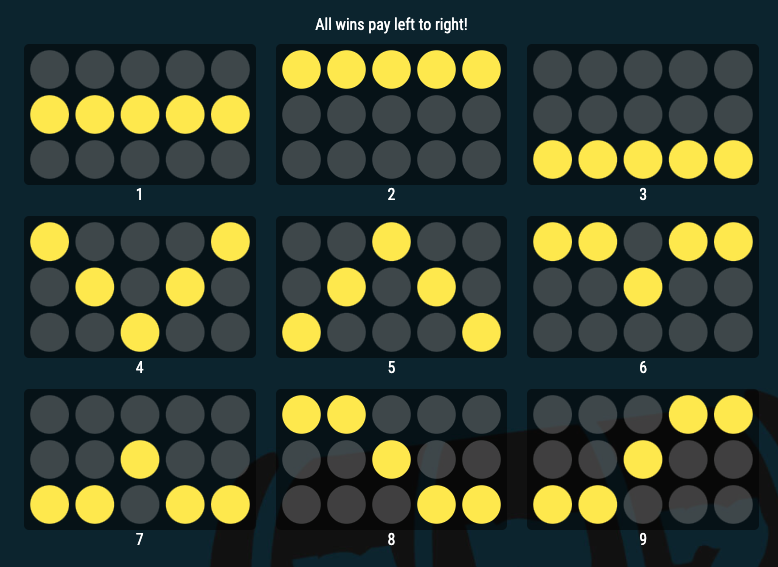 Temples, dragons and and assorted golden items give us a clue that we’re back in Chinese territory to try out this online slot from Intouch Games/Slot Factory – it’s called Golden Guardians and from just £0.02 per spin there are big wins and free spins to be won.

In Golden Guardians the five reels and nine paylines spin on the side of a traditional Chinese temple and we’re serenaded by the customary, mournful, string sounds of this East Asian culture.

The three higher value symbols include the golden ingot, the golden serpent and the Chinese dollar;9, 10, J, Q, K and A represent the lower values. The golden lion is wild and the red temple doors are the scatter symbols.

Landing three, four or five of the red door scatter symbols anywhere in view will award 8, 12 or 20 free spins respectively; during this round the any wild symbols which land will become Guardian Wilds and they’ll stick in place for up to five spins.