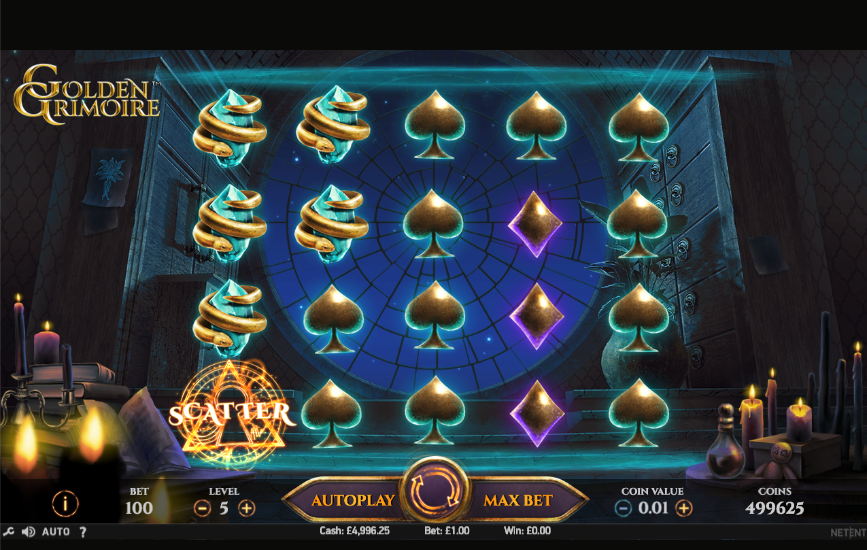 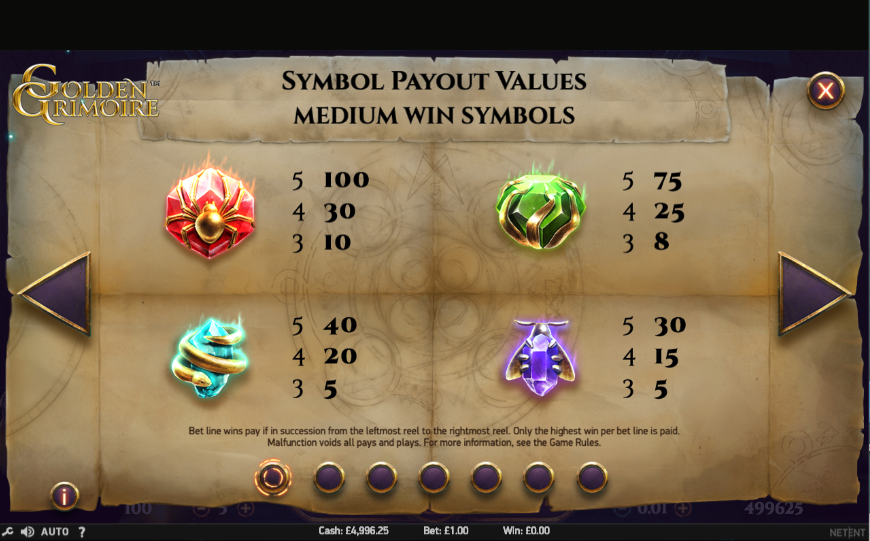 It’s time to don your wizarding hat as we check out this online slot machine themed on magic, mystery and an ancient book called the Golden Grimoire; it’s developed by Net Entertainment and you’ll play by candlelight as you enter the freaky world of this centuries-old spellbook.

Golden Grimoire is be a five reel slot with four rows and forty fixed paylines; the reel-spinning action takes place in some sort of gloomy laboratory with a huge, round window looking out onto the night sky.

The four higher value symbols are gems inlaid with golden creatures – a spider, a snake, a moth and what could be some tentacles; glowing playing card symbols in orange, green, blue and purple represent the lower values.

The wild (which only appears as part of the features) is a golden skull which will replace all others to help form winning combos except for the Mystery and scatter symbols.

The Mystery symbol appears on the reels as the Golden Grimoire and when it lands it will transform into one of the standard symbols or the wild – if it matches the symbol on the same row on reel one all positions in-between will become that symbol also and the payout will be made. If it’s wild then it will definitely match of course.

This is triggered by landing three of the keyhole scatter symbols anywhere on reels one, three and five; you’ll receive eight free spins and during this round any Mystery symbols which land will remain in place for the whole feature, transforming into a different symbol with each spin.

It’s not possible to earn any more spins from within this round.

Mystery symbols come and go with varying degrees of success but it works really well in Golden Grimoire, appearing regularly and offering the promise of big wins, especially if it turns into the wild symbol. As always with Net Ent the graphics are top notch and the gameplay experience is one to be experienced.