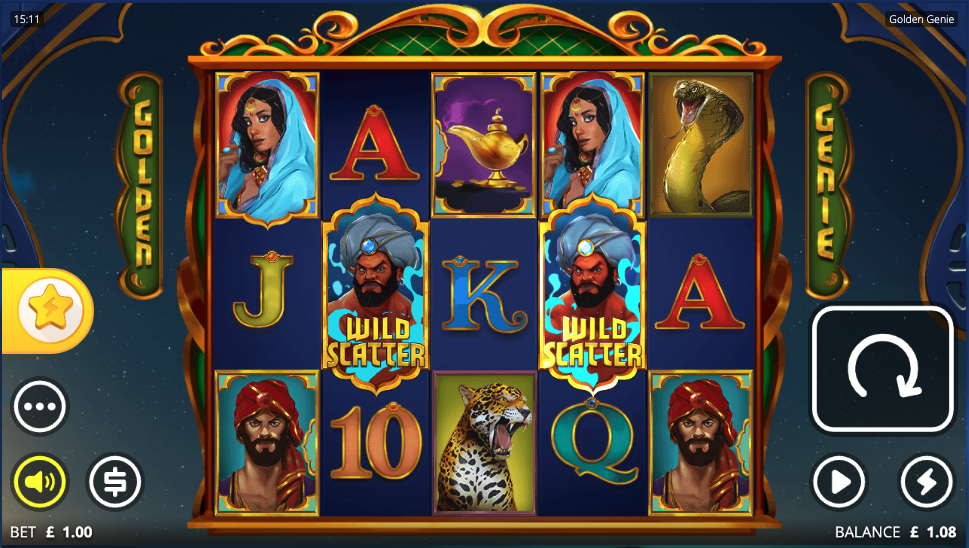 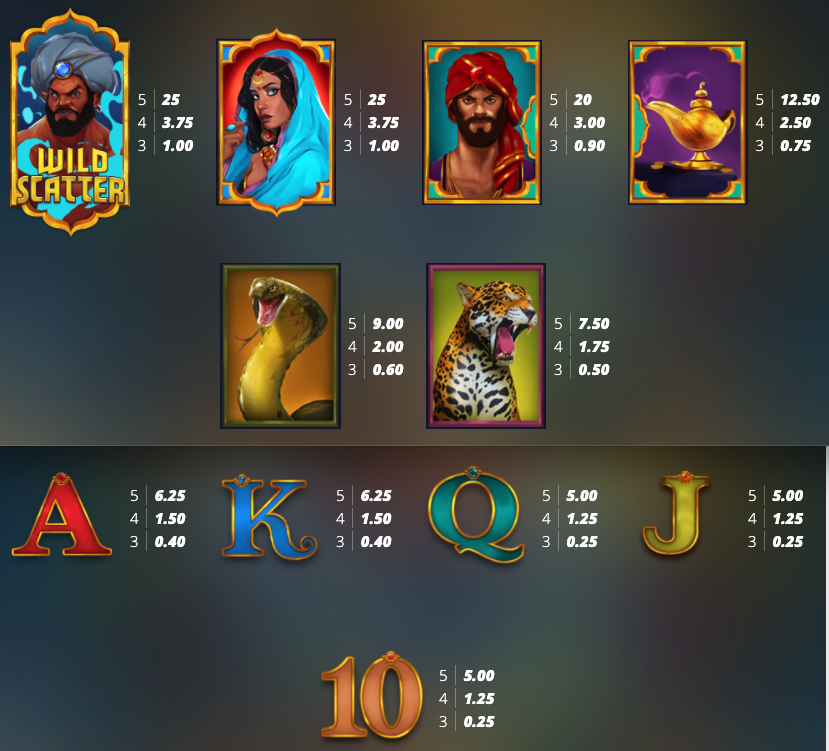 The heat and the mystery of the Middle East provides the setting for this Aladdin-themed online slot from Nolimit City – it’s got the lengthy title of Golden Genie and the Walking Wilds and if you rub that magic lamp in the right way there are some clever bonus features waiting to emerge.

Golden Genie and the Walking Wilds is a five reel slot with three rows and twenty fixed paylines; stars twinkle in the Arabian sky behind those reels which spin on an ornate, golden frame.

The high value symbols include Aladdin and the female character from this story, the magic lamp, the snake and the tiger; 10, J, Q, K and A represent the lower values. The genie is both the wild and the scatter and it will replace all other symbols to help create winning matches.

This is triggered by landing Aladdin directly to the left of a magic lamp; all Aladdins and lamps in view will then become wild and all standard symbols will receive a multiplier value of up to 10x which will be applied to any wins.

This can occur at random on any spin and reels two and four will become completely wild.

Landing at least three of the genie wild/scatter symbols anywhere in view will activate this bonus which consists of unlimited free spins as long as there are wild genies on the reels. One genie becomes ‘golden’ and contains a multiplier which increases by 1x with each spin – all genies move one reel to the left (the Walking Wilds) with each spin and when the golden genie reaches that point his multiplier value will transfer to the next genie.

New wild genies can appear on the reels to extend the bonus and the Genie Wishes feature can also be triggered here.

If you’d like to dive straight into the Genie Parade without waiting for the genies to land then just click on the gold star on the left hand side and (depending on the casino) you can buy the bonus for 80x the stake.

Golden Genie is another very entertaining and engaging slot from Nolimit City which gives us regular base game features and a (potentially) very profitable free spins round for our investment – highly recommended!