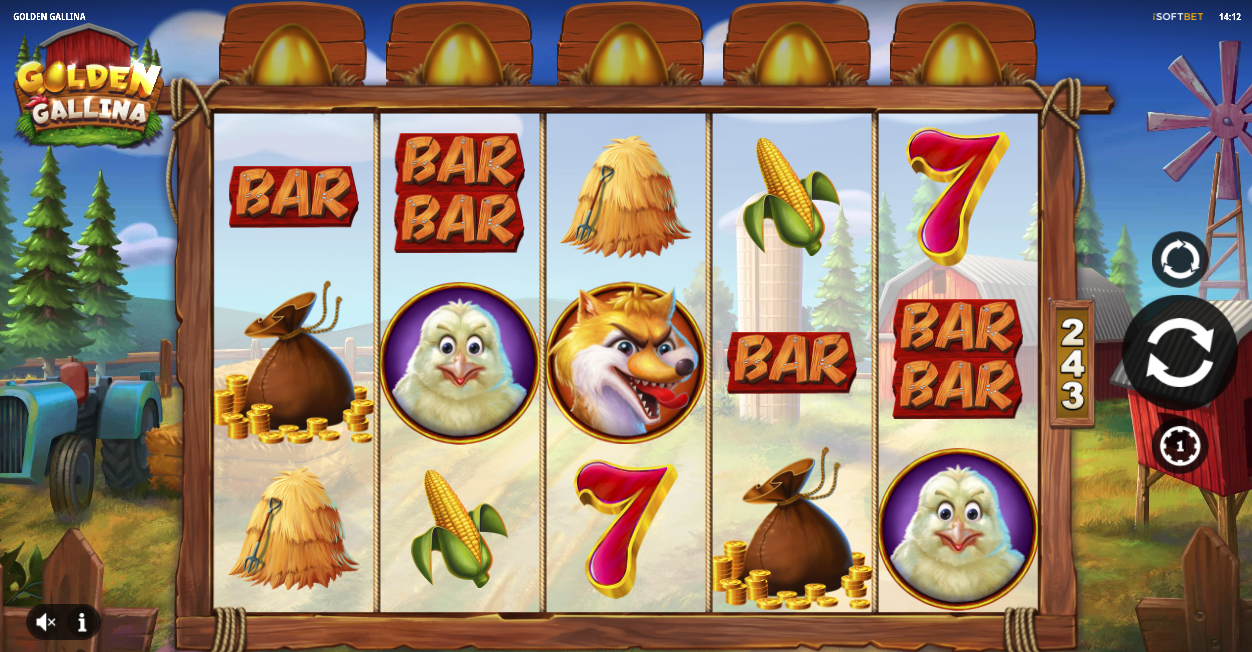 Down on the farm the unequal struggle between chicken and fox is being played out on the spinning reels of Golden Gallina; this online slot from iSoftBet tempts players with free spins and the Golden Egg wild multiplier.

Golden Gallina is a five reel slot with three rows and 243 ways to win; the wooden reels float in front of a rural scene complete with red barns, tractors and rickety windmills.

High value symbols include the rooster, the fox, the chick, the bag of gold, the red seven, the sweetcorn, the haystack and single/double bars. The cockerel is wild and the special symbols are the bonus barn and the golden egg.

The golden egg is an extra wild symbol but when it lands it will also contain a multiplier value for any wins to which it contributes. More than one golden egg will have their multipliers combined.

This can activate randomly on any base game spin, ensuring that up to three golden eggs appear on the reels to help out with wins and multipliers.

Landing three of the bonus symbols anywhere on reels one, three and five will award an initial eight free spins; any golden eggs landing during this round will increase the win multiplier for that reel by 1x. Another egg on the same reel will increase that multiplier by 1x up to a maximum of 3x. Collecting eggs on each reel will award five extra spins and when they’re all maxed out there’s a potneitla win multiplier of 243x.