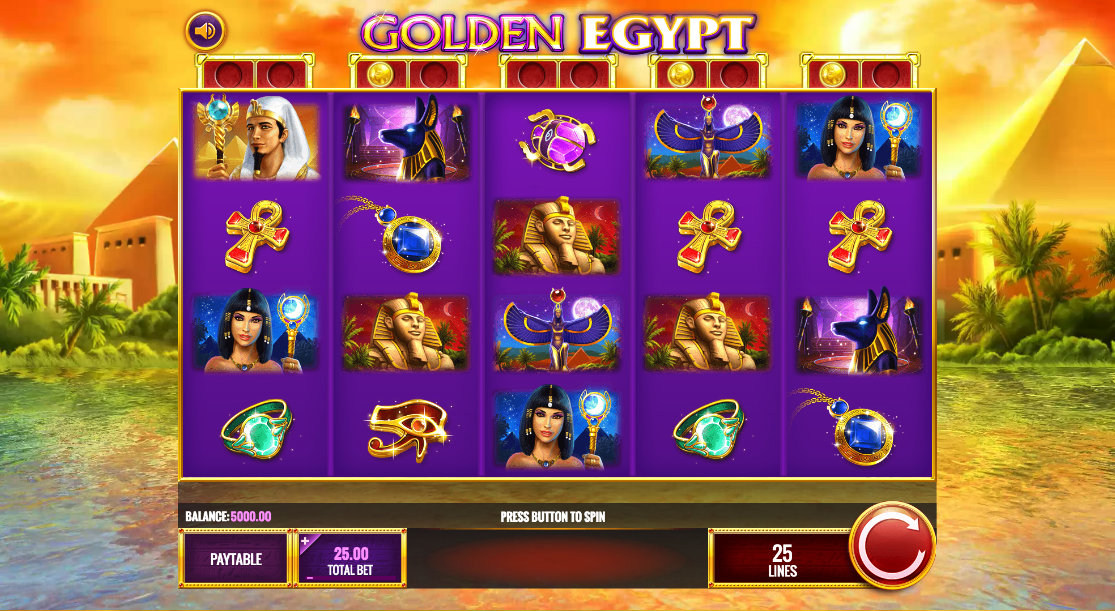 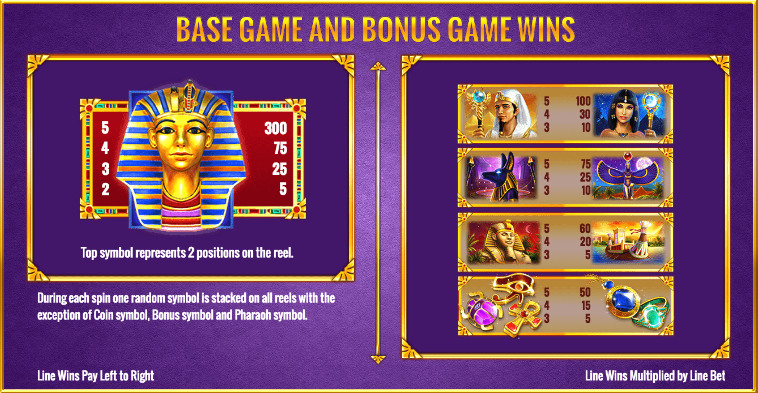 Let’s take a trip back around 3000 years now to North Africa and the height of the Egyptian civilisation to check out this online slot machine from IGT; it’s called Golden Egypt and there are plenty of sandy free spins and gold coins on offer.

Golden Egypt is a five reel slot with four rows and twenty five fixed paylines; a slim golden frame borders the reels which spin on striking purple. The backdrop to the action features rippling water in front of pyramids, palm trees and a scorching sky.

The higher value symbols include two unnamed glorious leaders from this period, representations of various gods, the Sphinx and a royal barge; lower values are an assortment of coloured gems along with the Eye of Ra and a golden Ankh. There’s also the Sphinx’ head which is the most valuable symbol and which takes up two vertical positions on the reels.

The wild symbol appears as part of one of the features which we’ll explain shortly and the bonus symbol is a view of a pyramid in front of a setting sun.

Above the reels you will notice that there are two spaces – each time a gold coin lands on a reel it will fill up one of those spaces. When both spaces are filled that reel will become completely wild for the next two spins. This can prove profitable especially if more than one reel becomes wild.

This is triggered by landing three, four of five of the pyramid bonus symbols anywhere in view and you will get to select a free spin mode based on the number of triggering symbols:

Golden Egypt is certainly a slot for those who like IGT’s idiosyncratic game designs and it comes with some nice variation including the wild reels (which trigger regularly) and the various free spins options; it comes with an RTP ranging from 92.20% – 96.19%.