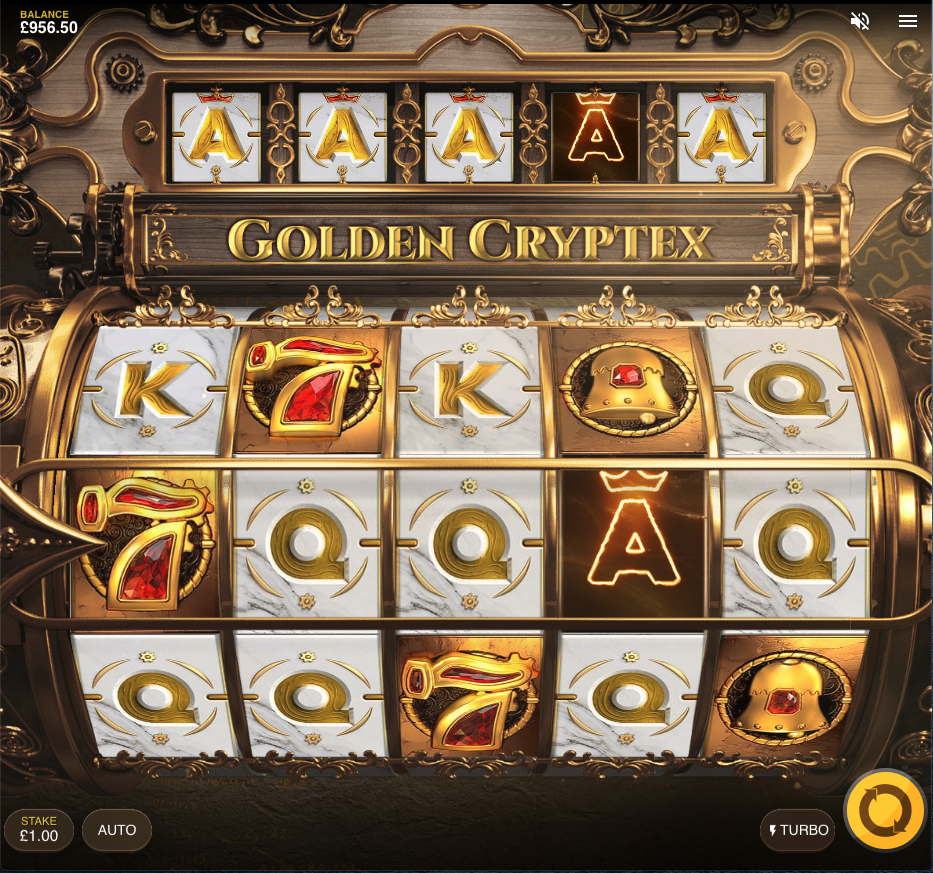 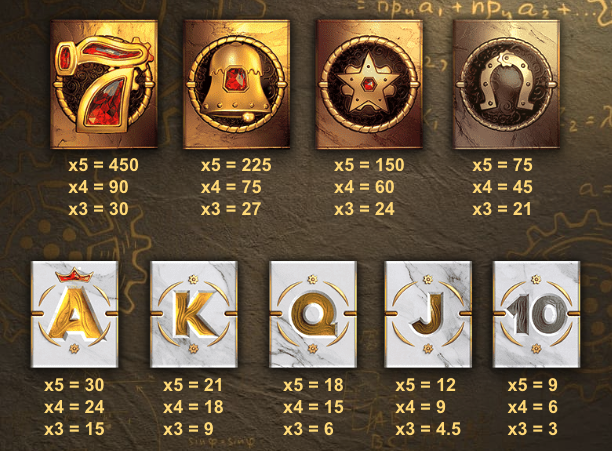 Apparently author Dan Brown is responsible for the word ‘cryptex’ which is essentially a sort of mechanical puzzle designed to hide secret messages; the Golden Cryptex is the theme of this online slot from Red Tiger Gaming which hides lucrative Golden Spins behind those three paylines.

Golden Cryptex is a five reel slot with three rows and just three paylines; the reels are the cryptex with its ornate golden trim and centre row marked out by the arrow. The positions above the reels are involved with the main feature.

The four high value symbols include the jewelled, red seven, the bell, the star and the horseshoe; 10, J, Q, K and A represent the lower values. There are no wild or special symbols in Golden Cryptex.

Landing five Aces in the centre row will trigger this feature and award ten Golden Spins; the spins will now begin with the code at the top replaced by the horseshoe (the lowest of the high value symbols). All rows will now be eligible to collect horseshoes and when this symbol appears on all reels the code is cracked, the payout for that symbol is won and three more spins are awarded. The symbols are now upgraded again and the process continues through the star, the bell and finally the red seven.

If three or four Aces land on the centre row there’ll be a respin in which the final one or two Aces may land and trigger the feature.

If more Aces land on the upper or lower row there’s a chance that the pointer will move to that row for the Second Chance spin.

Golden Cryptex is a really clever slot and the extra bonus is that it looks great as well – it’s a little tricky to trigger those Golden Spins but when you do the rewards are potentiall excellent.