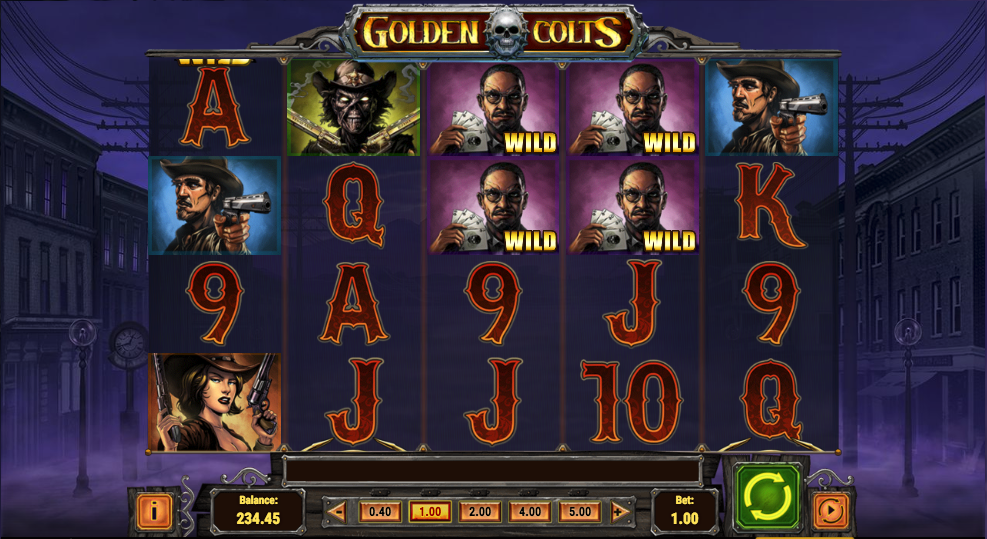 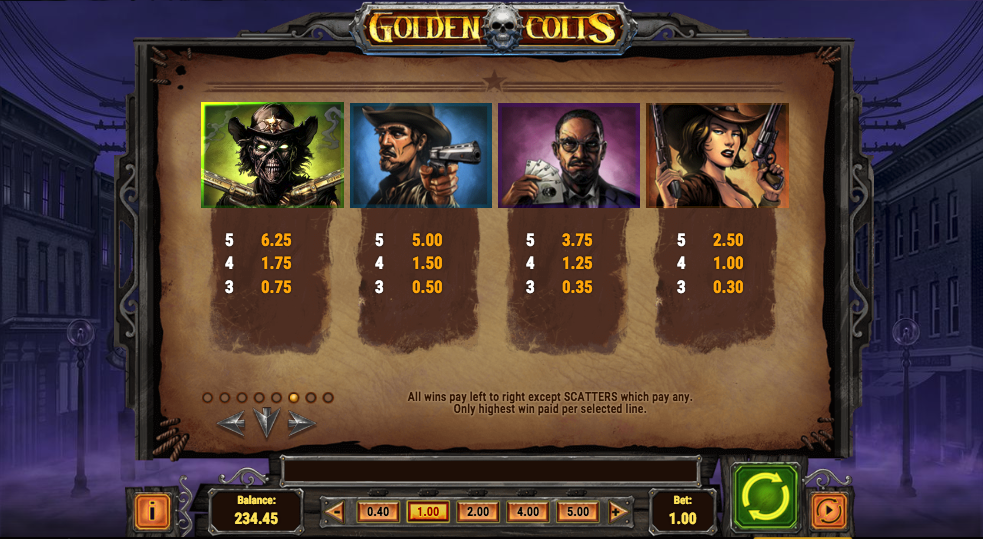 It’s time for a return to the Old West now as we check out this online slot machine from Play N Go; it’s called Golden Colts, a name which refers to the guns which are integral to the bonus features in this game – read our review below to find out how it all works.

The high value symbols are the four characters in this untold story, the zombie sheriff, the gunslinger, the gambler and the gun-toting girl; 9, 10, J, Q, K and A makeup the lower values.

The wild is a golden buffalo skull which will replace all others to help form winning combinations except for the silver skull scatter symbol. 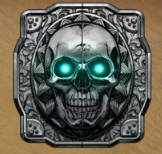 This is triggered by landing three of the silver skull bonus symbols anywhere in view and the next thing to happen is that the barrel of a gun will spin to reveal one of seven features:

Golden Colts is an atmospheric slot with some high quality graphics and animations; the features seem to trigger regularly although each one is over pretty quickly. This game comes with an RTP of 96.55%.