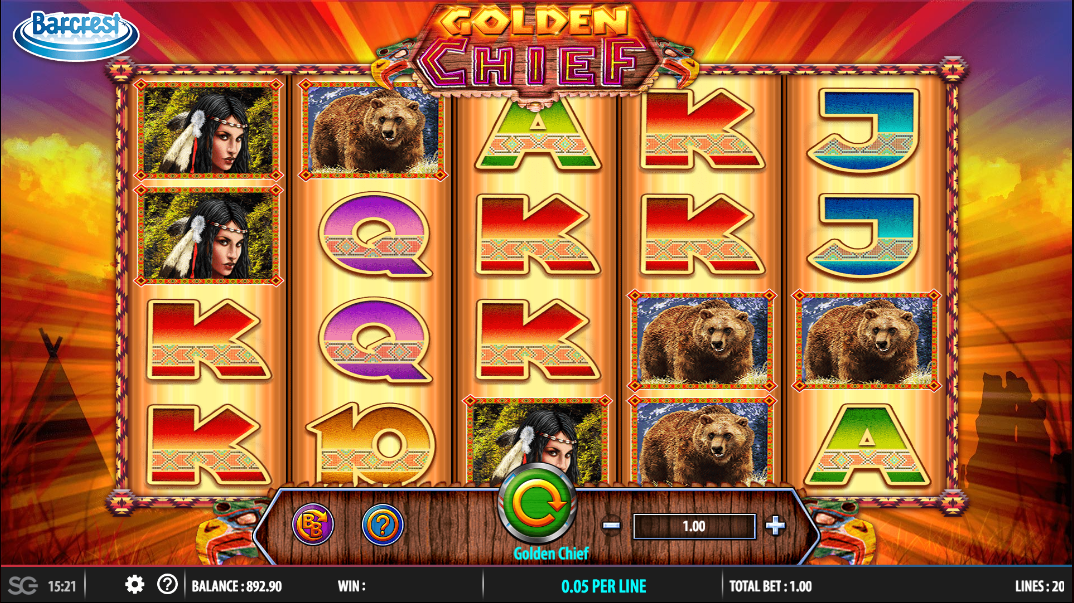 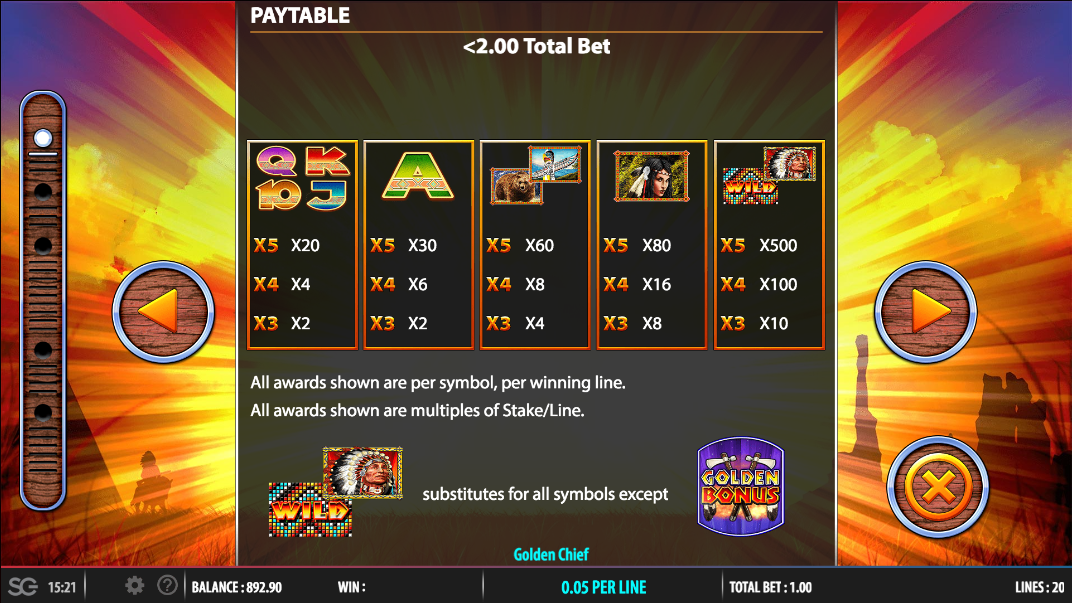 Native Americans have been the subject of more than a few online slot machines over the years and we’re sure they’re delighted that that’s the case; this one’s called Golden Chief and it comes with a variety of bonus features and Barcrest’s Big Bet option.

Golden Chief is a five reel slot with four rows and up to 10-100 paylines in certain circumstances; there’s a colourful vista behind the reels with tepees and rock stacks silhouetted in the suns rays.

The high value symbols include a brown bear, a totem pole and the female character; 10, J, Q, K and A make up the lower values.

The wild symbol is a big, multicolour ‘Wild’ which will replace all others to form winning combos except for the Golden Bonus icon; there’s also an expanding wild represented by the chief which will cover all positions on that reel and also increase the number of paylines to 50 or 100 depending on the stake used (less than or more then £1.00).

This is triggered by landing three or four of the Golden Bonus scatter symbols anywhere in view and one of the following three features will be yours:

This can occur randomly if the chief wild has expanded to fill a reel – one of the standard symbols will be upgraded one step to help out with a winning combo.

The Big Bet option offers three bet levels which by you five linked spins with the following extra features:

Golden Chief is a feature-packed slot which is a lot of fun once you start triggering things; as always with Barcrest it pays to use the Big Bet which will increase the RTP from a low of 94.12% (less than £2.00 stake) up to 98.14%.