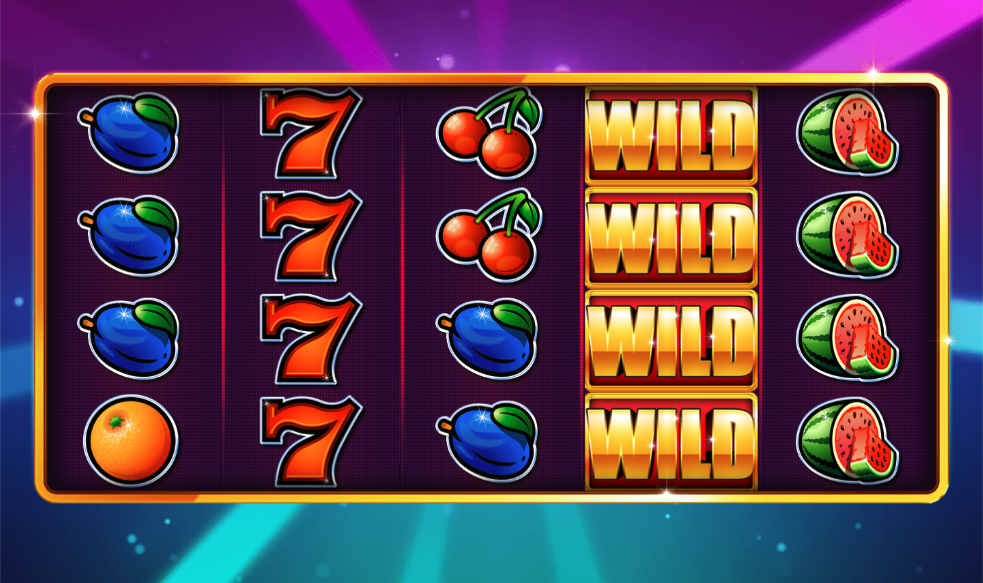 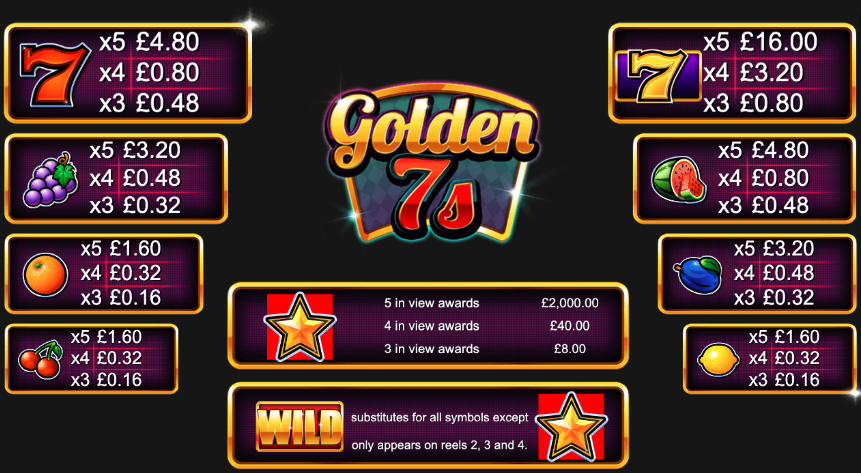 Fruit is one of the basic building blocks of the online slots industry and we’ve all spun the reels hoping to line up cherries, watermelons and plums; Golden 7s is another game to add to a long list of fruit-based releases, it’s developed by Inspired Gaming and you can read all about it right here.

Golden 7s is a five reel slot with four rows and forty fixed paylines; a brushed, golden frame surrounds those reels which float against a colourful backdrop of pastel spotlights and drifting orbs.

The two highest value symbols are the red and gold sevens but everything else grows on trees, vines or from the ground – bunches of grapes, oranges, cherries, watermelons, plums and lemons. The big, golden ‘Wild’ is wild, it can appear stacked and it will replace all standard symbols to help create winning combinations while the gold star is the scatter symbol. That scatter is worth 2500x the total stake for five anywhere in view.

There are no bonus features in Golden 7s but there’s an option to gamble any wins for those with a high tolerance to risk – just click the ‘Gamble’ button following a win and you’ll get to play a game in which you must stop the ‘dapple’ on the high or lower value until you reach the top (100x your win), the bottom (where you lose it all) or you just get bored and collect your winnings.

There’s nothing particularly wrong with Golden 7s but it does seem like a slot we’ve played on more than one occasion before; still, that gamble feature is reminiscent of the old fruit machine days so it’s like a short trip down memory lane.