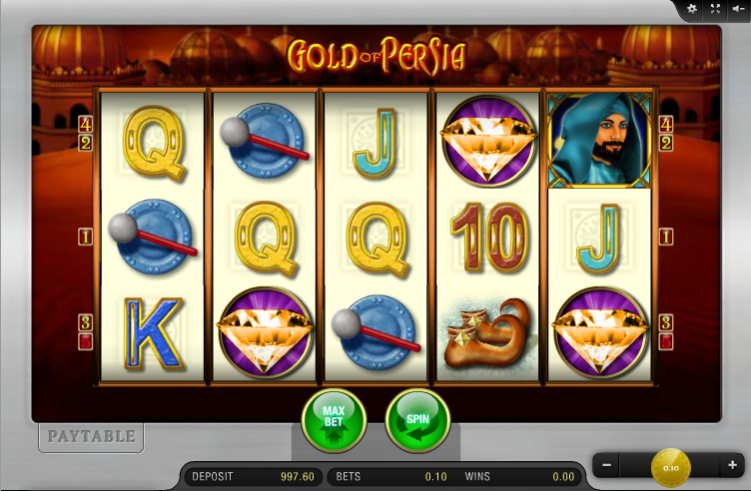 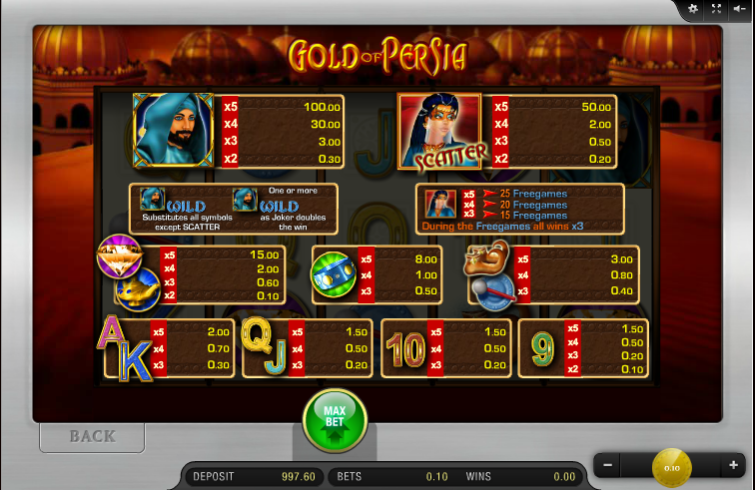 As online slots fans we are entirely familiar with the ancient lands of Arabia, if only in a virtual way; many is the time we have spun the reels hoping to land Aladdin, magic lamps and beautiful princesses surrounded by sand dunes and minarets. Clearly there’s always room for one more though – this one’s called Gold Of Persia and it’s developed by Merkur Gaming; you can read all about it below.

Gold Of Persia is a five reel slot with three rows and just five paylines; those bronze-rimmed reels are placed against a backdrop of domes building glowing under a night sky.

There are five high value symbols including a golden jewel, a magic lamp, a blue bracelet, some curly slippers and a gong; lower values are represented by the usual 9, 10, J, Q, K and A.

The wild symbol is the chap in the blue hood and he’ll substitute for all others except the scatter; he will also double and wins to which he contributes. The scatter symbol is the masked princess and she’s the key to the main feature.

This is triggered by landing three or more of the princess scatter symbols anywhere in view for which you will receive:

All wins during this round will be tripled.

Gold Of Persia is a reasonable addition to a a pretty crowded genre but it probably won’t keep you busy for too long; the free spins round can be quite rewarding and there’s a RTP of 95.97%.