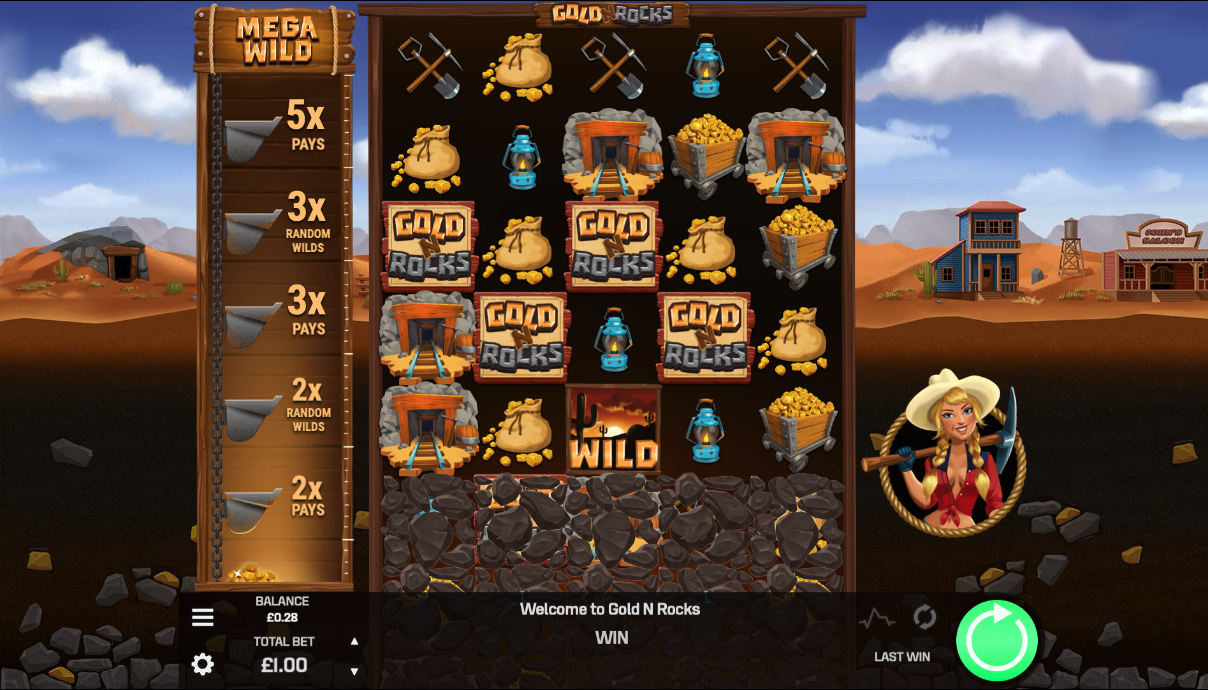 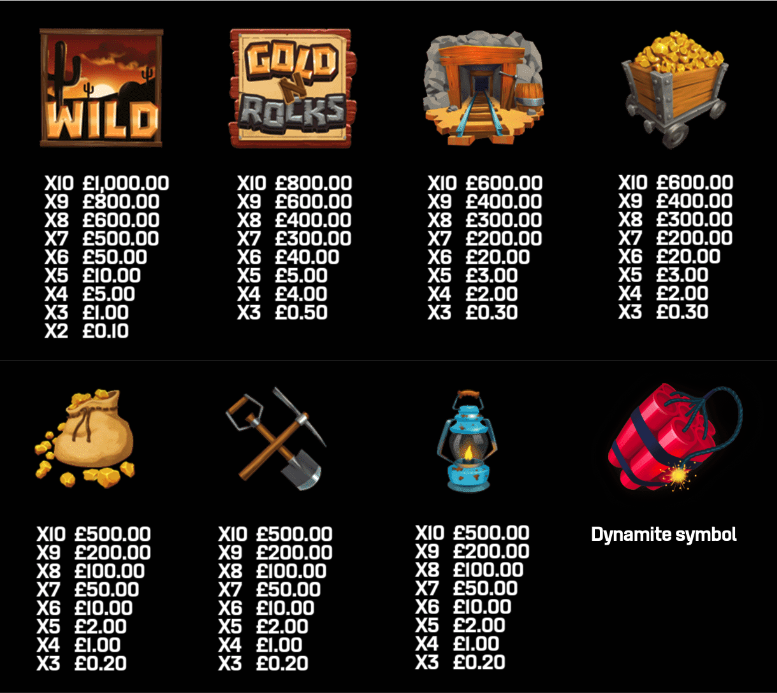 Mining for gold is a favourite theme of plenty of online slot machines and here we have one more to add to that list – it’s called Gold N Rocks, it’s developed by Golden Rock Studios and it comes with tumbling reels, free spins and lots of base game features.

Gold N Rocks is a five reel slot which plays out on the grid you can see in the screenshot above; above ground we can see the wooden buildings of this gold rush town while plenty of gold nuggets and rocks lie beneath the surface.

All the symbols are related to theme and include the games’ logo, the mini entrance, a cart full of gold, a bag of gold nuggets, tools, a lamp and some dynamite; the sunset view is wild and this will replace all other symbols.

Every symbol in a winning combo will disappear and be replaced by more falling in from above, potentially continuing the process; with each win an extra row appears at the bottom and you can eventually end up with a grid which is ten rows deep.

Points are collected according to the size of the winning combo and these points are then used to climb the ladder of features on the left hand side.

Those points go towards triggering the following prizes:

Eight free spins are won by landing three dynamite symbols anywhere in view with an extra spin for each extra dynamite; spins can be retriggered in the same manner and there are some slightly better prizes available:

Clearing the board during this round will award 250x the total stake and at random you may be awarded 100 ‘Rollercoaster Spins’ which seem to be normal spins but we’re not quite sure.

All the features in Gold N Rocks combine very well to create a sense of bonus continuity as the tumbling reels turn into bonuses and big wins; those tumbling reels also increase the chances of triggering the free spins in this enjoyable slot.