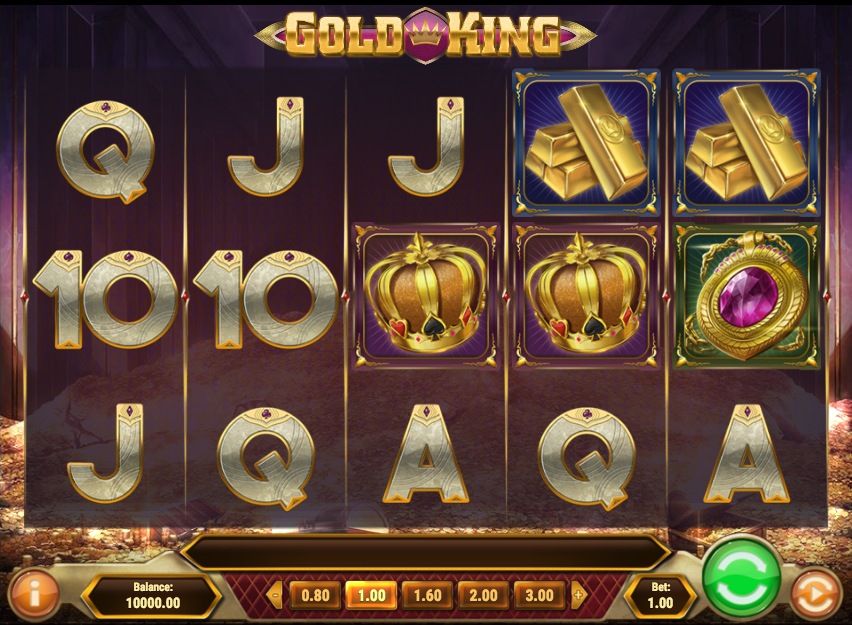 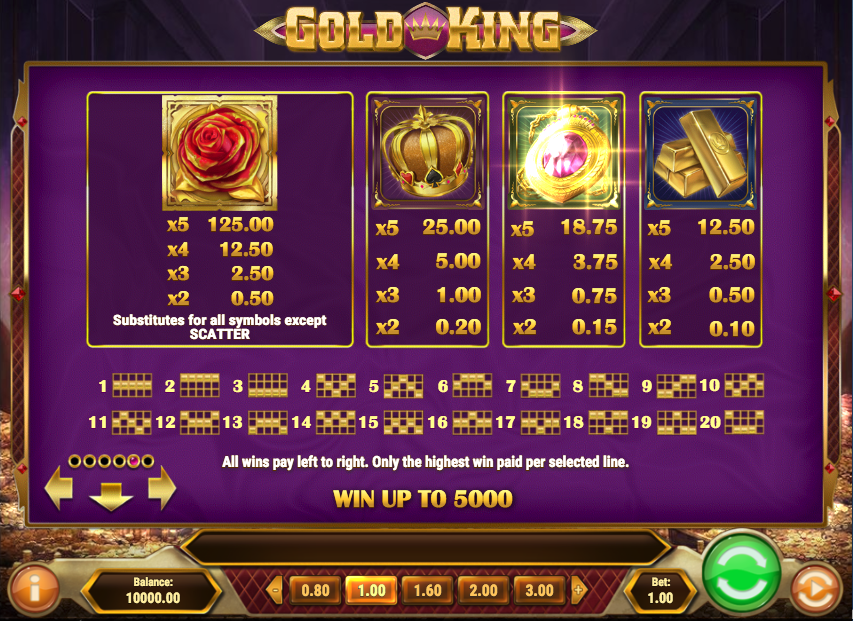 King Midas might have had the curse of turning everything he touched into gold but the regal character in this online slot from Play N Go has no need of such talents; he’s the Gold King and he’s surrounded by piles of the stuff. He can also award various bonus features and if you’d like to know more then keep reading.

Gold King is a five reel slot with three rows and twenty fixed paylines; thin borders between those reels sparkle as the light moves across them and in the background there’s a gigantic pile of coins in some lofty storeroom.

The three higher value symbols are all gold and include a crown, a jewelled pendant and a stack of gold bars; 10, J, Q, K and A represent the lower values.

The gold/red rose is wild and it will replace all others to form winning combinations except for the Gold King scatter symbols.

This is triggered by landing three of the Gold King scatter symbols anywhere on reels one, three and five; you’ll receive ten free spins initially but landing one, two or three more scatters during this round will award 2, 4 or 10 extra spins respectively. There’s no limit to the extra spins which can be won.

During this round, one of 10, J, Q, K and A will appear stacked eight high on each reel, the wild symbols is stacked six or seven positions high  and the crown, gold bars and pendants can expand to fill all positions in view if a win is possible.

In the base game one of the standard symbols will be picked at random on each spin to occupy 12 stacked positions on each reel.

In the base game, one standard symbol may be picked at random to fill reels one, three and five.

Gold King seems to offer lots of winning potential with the constant offer of large stacks of symbols on the reels; it’s also a good looking slot with come nice large symbols and a free spins round which we triggered several times. It comes with an RTP of 95.54%.