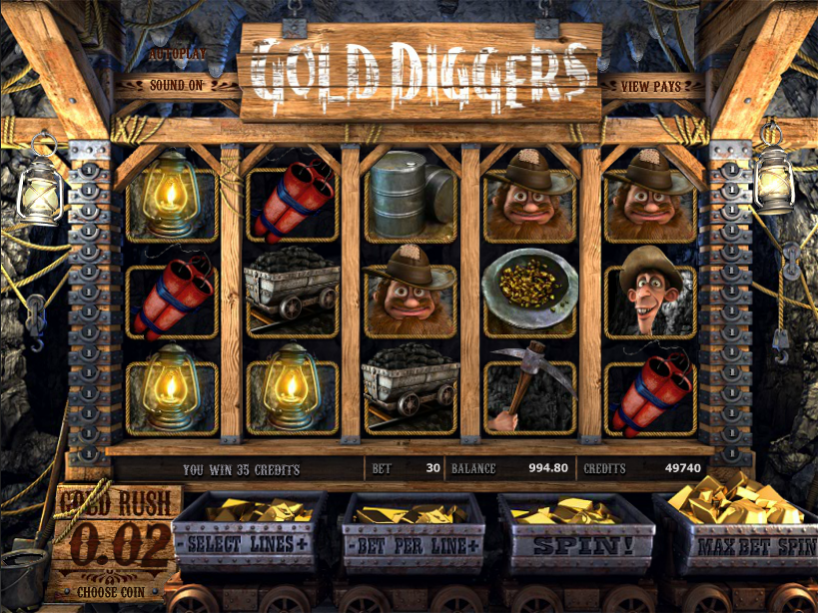 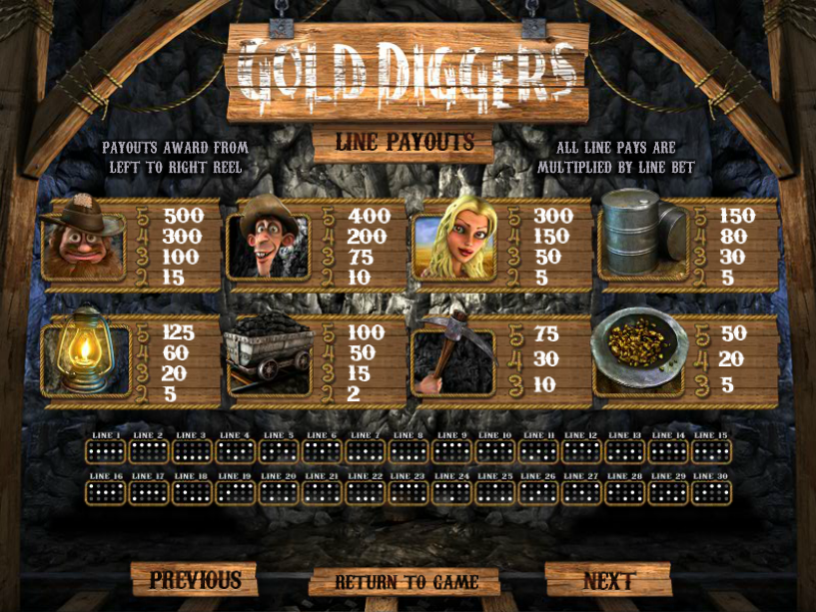 The middle of the 19th century witnessed the famous Californian gold rush which saw thousands of prospectors head west to search for their buried fortunes; Gold Diggers is an online slot from Betsoft which tells the tale of two such characters hoping to make their fortunes in the heat and dust with the help of the blonde-haired Daisy.

Gold Diggers is a five reel slot with three rows and up to thirty paylines; everything is set underground among the timber beams, ropes and lanterns of a dangerous-looking gold mine. Some mournful mouth-organ music accompanies your gameplay.

There are eight theme-related symbols including our two miners, Daisy (apparently straight from the Dukes of Hazzard), metal drums, lamps, carts of coal, a pickaxe and some gold nuggets.

There’s no wild symbol but there are three bonus icons which all activate various features – dynamite, a gopher and the posters.

This is triggered by landing three or more of the dynamite bonus symbol in a winning combo on an active payline; they’ll pay out and then explode, allowing more symbols to fall into place from above with the possibility of forming new combos.

Trigger this by landing three or more of the cheery gopher bonus symbols in a winning combo on an active payline; this is a picking game in which you will be asked to click on the symbols which now appear in return for cash prizes.

This feature is triggered by landing three of the poster scatter symbols anywhere in view and it’s another picking game in which you are trying to help the miners locate pockets of valuable gold behind various places on the rock face.

There’s no mistaking the quality of Betsoft slots and Gold Diggers is certainly another to add to a long list of very enjoyable games; there are also plenty of animations to enjoy each time you hit a winning combo.