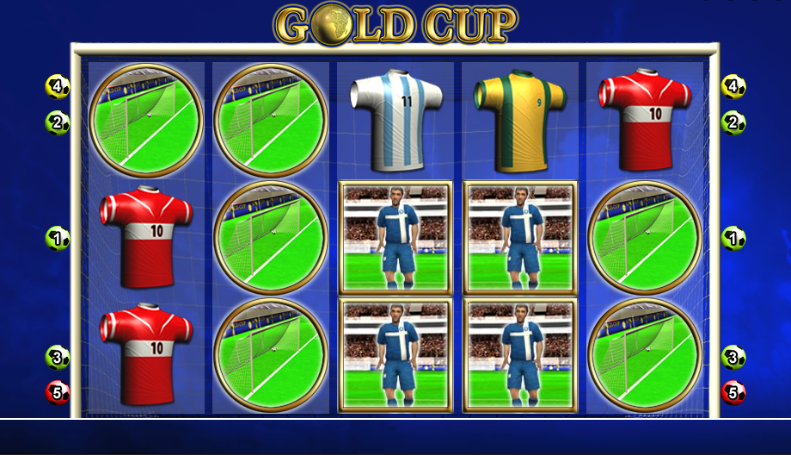 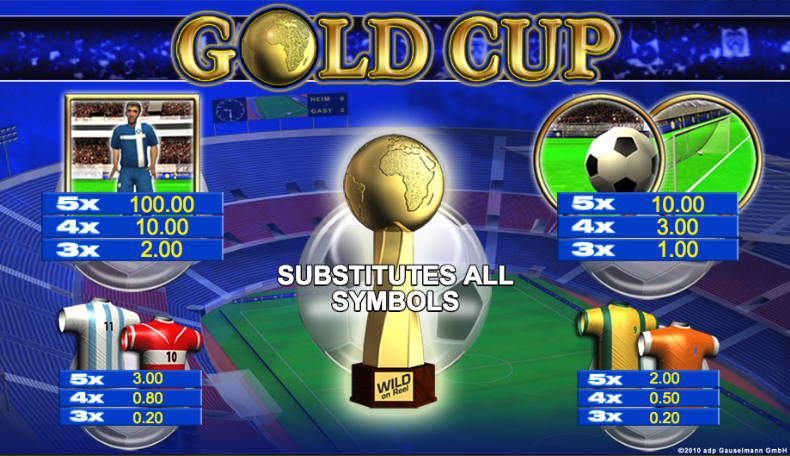 The global game is the theme of a fair number of online slot machines and some of course are better than others; we’ll let you decide what to make of this game from Gamomat, it’s called Gold Cup (more of a horse racing reference really) and you can find out how it all works below.

Gold Cup is a five reel slot with three rows and just five fixed paylines; the design of this game is rather basic but if you look closely you can see that the reels spin within a goalmouth with the netting just visible in the background.

All the symbols are related to the theme and they include the lone player, the football, the goal (with a tiny ball nestled in the corner) and four different kits which look as though they’ve been removed from a Fussball table – blue, red, yellow and orange.

The wild symbol is the golden globe (the trophy viewed from above) and it will substitute for all others to help form winning combinations.

There are no extra features in Gold Cup so really it’s just a basic reel spinner but if you do land a win there’s the opportunity to gamble it.

There are two options when it comes to gambling your wins as follows:

As you can see there’s not a great deal of complexity involved in Gold Cup and it’s not a slot we’re likely to rush back to in a hurry; it may have it’s fans however so check it out if you like – it comes with an RTP of 96.01%.