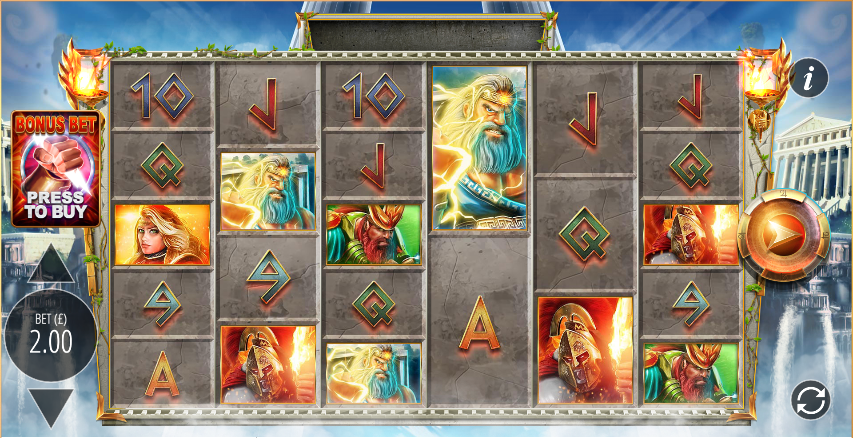 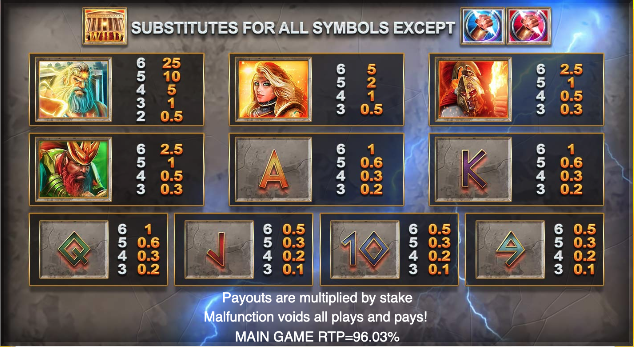 Our old friends the Greek gods are the theme of this six reel online slot from Blueprint Gaming which also tempts us with Megaways, the payline mechanic from Big Time Gaming which can result in more than fifteen thousand ways to win; it’s called Gods of Olympus Megaways and you can read all about it here.

Gods of Olympus Megaways is a six reel slot with up to five rows and a potential 15625 ways to win depending on how many rows appear on each reel; a view of Olympus complete with marble temples and towering waterfalls occupy the background.

The high value symbols are four powerful gods from this story while the lower values are the standard 9, 10, J, Q, K and A.

Zeus’ temple is wild and it will replace all other symbols to help form winning combinations; the lightning bolts are the scatter symbols.

This is triggered by landing three, four, five or six of the lightning bolt scatter symbols anywhere in view for which you will receive 10, 12, 15 or 20 free spins respectively; you’ll now get to pick from the four rocks on the screen which will determine which of the following modes are played:

Clicking the Bonus Bet button to the left of the reels will provide to options – buy straight into the Bonus Thunder round for 100x your stake or try a Power Spin for 50x your stake which will award one of the following features for one spin:

Everything one needs for an enjoyable slot is right here in Gods of Olympus Megaways – thousands of paylines, a huge variety of bonus features and the ability to buy straight in to the free spins if that’s your thing – check it out!