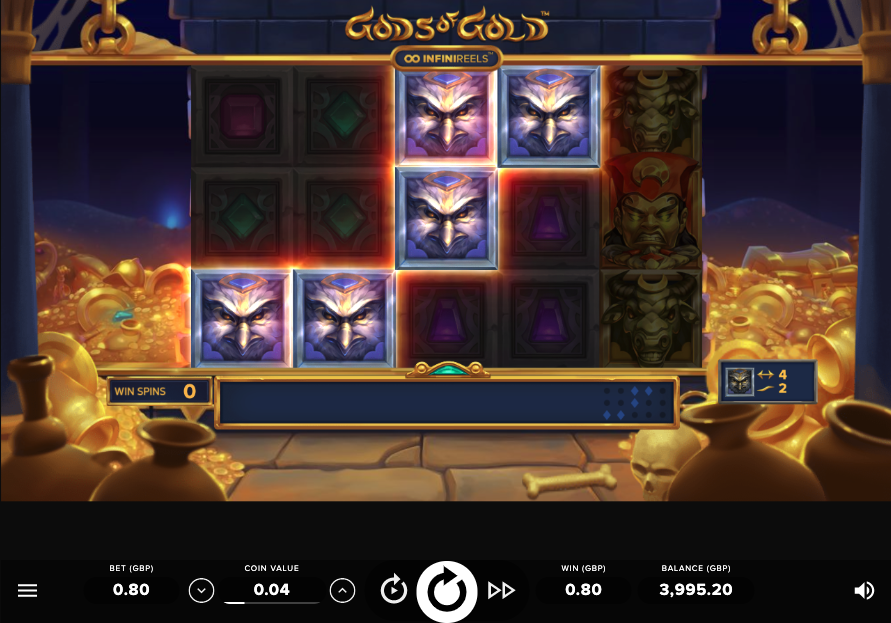 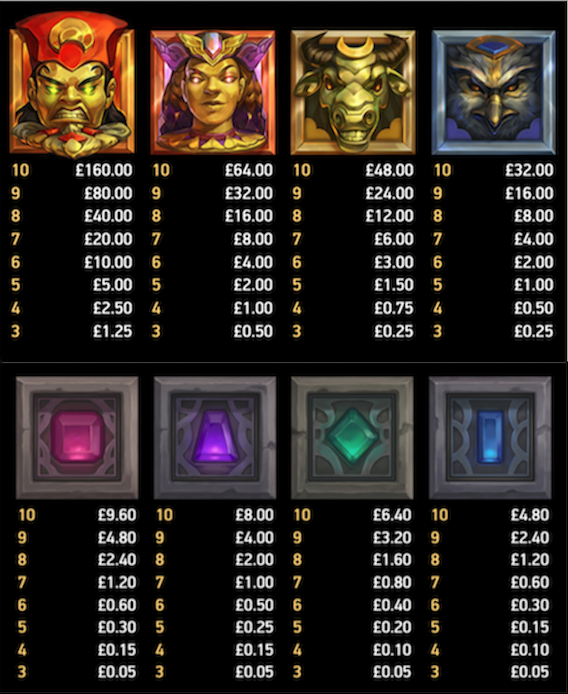 Ancient Egypt is once more our destination as we run the rule over this online from Net Entertainment – it’s called Gods of Gold Infinireels and it comes with a clever payline structure which increases the number of reels to an infinite amount alongside an offering or some free spins in the bonus feature.

Gods of Gold Infinireels is a three reel slot initially set against a backdrop of piles of gold and skulls inside the Pharaoh’s tomb; wins can be formed as long as there are matching symbols on adjacent reels starting from the left hand side.

If you do land a win then an extra reel will be added to the right hand side to increase the number of reels; you’ll now receive more reels as long as more matching symbols are added, after which the payout is made. The little boxes to the right of the reels and the minimap underneath display information about the wins and reels added so far.

You’ll start with three reels and 27 paylines but that number increases by a factor of three with each reel added so 27 becomes 81 then 243, 729 and so on

The high value symbols include the Pharaoh, his wife, the bull and the bird; coloured gems set in stone make up the lower values. The gold crown is the wild and it appears only after the fourth reel is in use; the sun is the scatter symbol.

Landing three of the sun scatter symbols anywhere in view will award ten free spins but each extra scatter will add another five to that total, presumably with no maximum.  These Win Spins are played just like normal spins.

The following mini-features can be triggered at random in the base game or Win Spins:

The Win Spins and mini-features are all good but Gods of Gold is really all about the Infinireels gameplay mechanic and lots of fun it is too – it’s something genuinely new to compete with Megaways and here it turns a good slot into a great one.