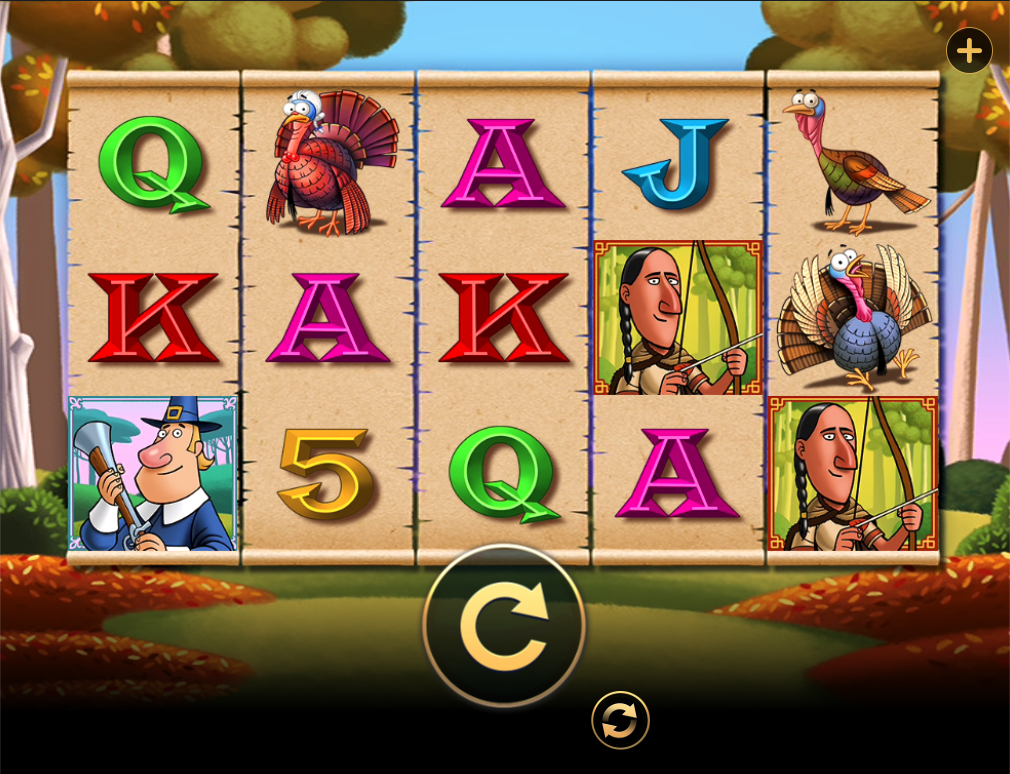 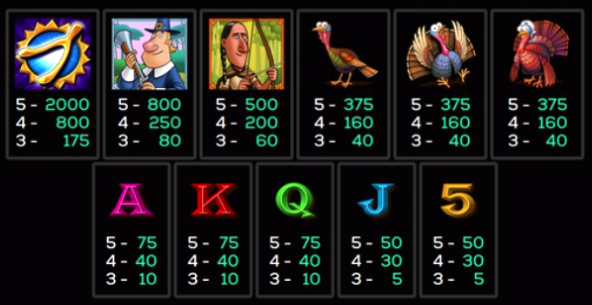 Thanksgiving is an important event for our North American friends and so it seems only right that there should be an online slot machine themed on this November celebration; this one’s called Gobblers Gone Wylde and from, it’s developed by High 5 Games and from £0.40 per spin it tempts players with free spins and wild features.

Gobblers Gone Wylde is a five reel slot with three rows and forty fixed paylines; the autumn landscape of the New World sets the scene for those reels which float above the grass and piled leaves.

The theme-related symbols include the golden wishbone, the puritan settles, the Native American and three nervous-looking turkeys; 5, J, Q, K and A make up the lower values. The three turkeys are also wild when they appear on reel five and the Free Spins icon is the bonus symbol.

Whenever one of the wild turkeys appears on reel five it will transform all the other similar turkeys on the reels wild also.

Landing three of the Free Spins bonus symbols anywhere on reels two, three and four will activate this feature and you’ll receive seven free spins which unfortunately can’t be retriggered. The Activated Wilds can also be triggered during the spins.

It’s a bit difficult to be too enthusiastic about Gobblers Gone Wylde with its minimal features and lacklustre gameplay but hey, it’s got a funny name and some cute cartoony characters so the choice is yours. The RTP is nice and high at 96.00%.